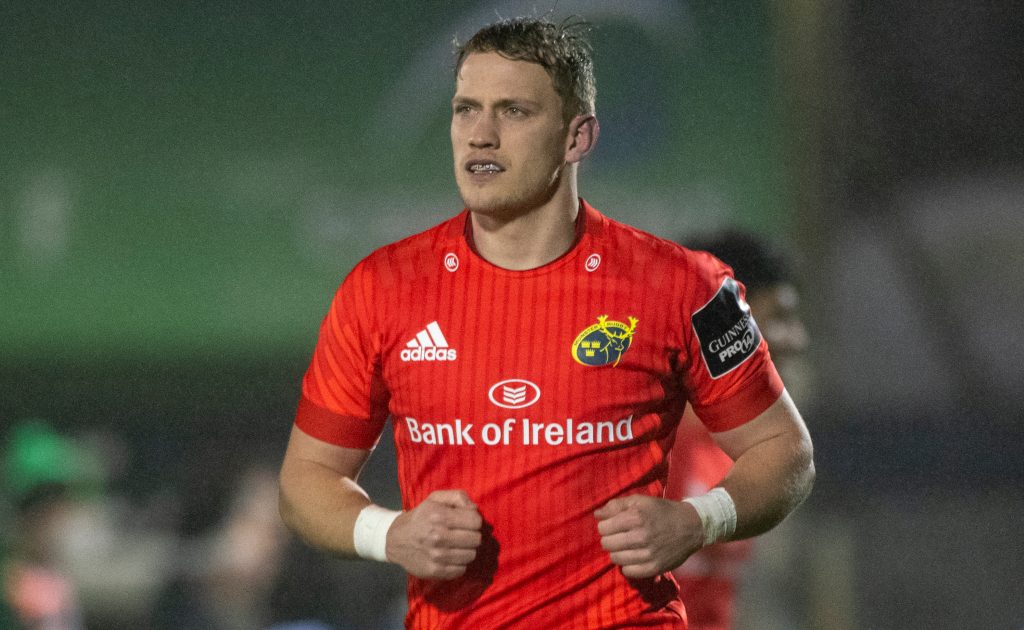 Munster overcame their rivals for top spot in Conference B, Connacht, to reach the final of the PRO14 following a 20-17 victory at Thomond Park.

Joey Carbery came off the bench to kick the match-winning 68th-minute penalty which gives Munster an unassailable 12-point lead at the top of Conference B.

Matt Healy’s fourth-minute try had Connacht 10-7 ahead at half-time, while a forwards-inspired effort from James Cronin briefly drew Munster level.

Ben Healy squared things up from the tee before Mike Haley and Paul Boyle swapped tries, and both Bundee Aki and Chris Cloete spent time in the sin bin.

Munster showed their big-game nous when it mattered most. Carbery got the points that mattered and their forwards got their maul firing, setting up a March 27 decider against either Leinster or Ulster.

Connacht got off to a dream start, Jack Carty using quick ball from a scrum to loop a pass out and put Matt Healy over for a seven-pointer on the left.

Munster were held up twice in their attempts to respond either side of an Aki turnover penalty. However, the pressure eventually told in the 22nd minute, prop Cronin burrowing over after a series of good carries.

Ben Healy’s levelling conversion was cancelled out by a Carty penalty. Gavin Thornbury, the eventual player of the match, also increased his influence with one of a clutch of lineout steals and penalty wins.

Munster fly-half Healy missed a long-range penalty just before the break but was on target in the 43rd minute to make it 10-10.

A harsh call saw Aki binned for a deliberate knock-on, yet Munster failed to profit and Healy pulled another penalty shot wide.

Full-back Haley provided the necessary inspiration for Johann van Graan’s men with a classy 57th-minute try. He collected John Porch’s kick infield, slipped past Dave Heffernan and regathered his own kick through to score.

The newly-introduced Carbery converted to make it 17-10, but Connacht quickly roared back. A piercing attack that began with Matt Healy gobbling up a clever Carty kick led to Cloete seeing yellow, close to his own line.

Having opted for a scrum, Connacht were rewarded a couple of phases later when number eight Boyle shrugged off Damian de Allende to crash over. Carty coolly converted to equalise.

Frustratingly for Connacht, hands in the ruck by Aki allowed Carbery to reclaim the lead. The Munster pack did the rest, eking out more penalties to seal Connacht’s fate.