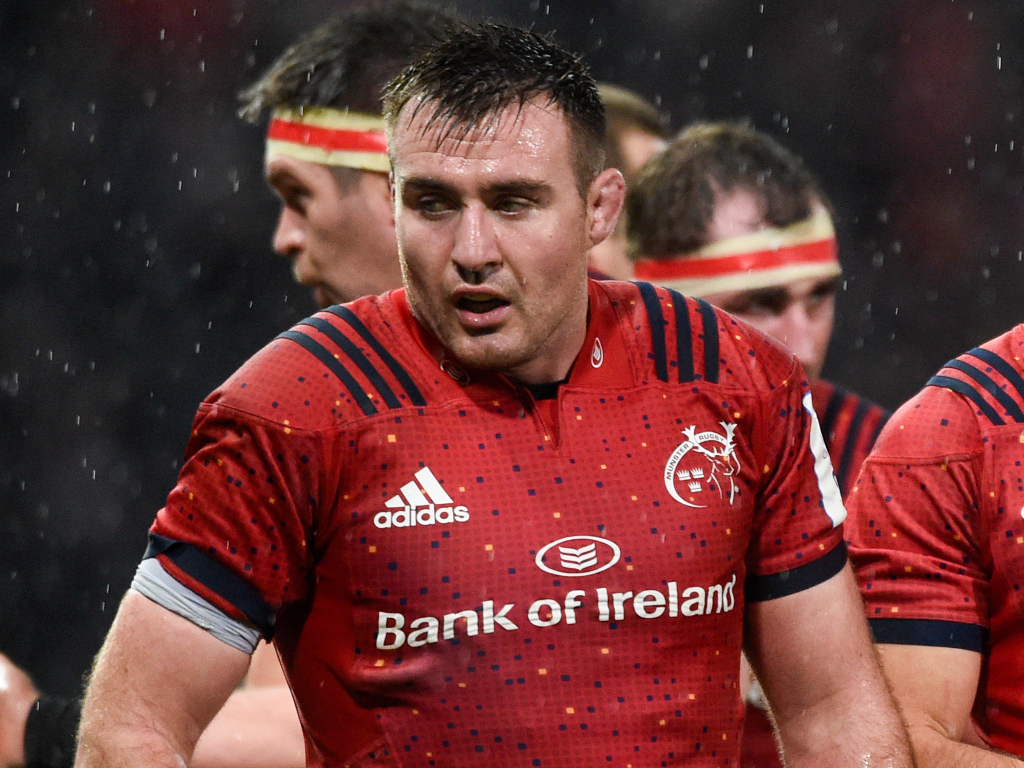 Round Five of the Champions Cup concludes on Sunday and there are three games taking place, with Racing 92’s clash against Munster the marquee match.

Northampton Saints director of rugby, Chris Boyd, has rung the changes ahead of this clash against Benetton, with Sam Matavesi and Harry Mallinder set to make their first starts of the season.

After opening 2020 with a last-gasp win over Wasps in the Premiership last weekend, the men in Black, Green and Gold return to Franklin’s Gardens needing maximum points to keep their hopes of European qualification alive.

And with Benetton heading to Northampton this Sunday, Saints will be looking to extend their 100 percent record over the Italian side as they attempt their sixth consecutive win.

Boyd has made four changes to the pack that helped to down Wasps last weekend, with Francois van Wyk, Api Ratuniyarawa and Lewis Ludlam coming back into the starting line-up while Matavesi will make his first start for the team at hooker.

Paul Hill and David Ribbans retain their spots to complete the tight five and Courtney Lawes stays on at number six to link up with skipper Teimana Harrison in the back-row.

And five more changes come in the backs for Boyd’s men; starting together for the first time since early November, Henry Taylor and James Grayson take control of the half-back berths while Rory Hutchinson and Fraser Dingwall link up in the centres.

After scoring the winner for Saints last weekend, Taqele Naiyaravoro returns to the starting line-up to partner Mallinder, with the latter returning from injury to take his spot on the wing for the first time in his Saints career; and George Furbank rounds off the side at full-back as he starts his fourth straight game.

There are more welcome returns for Saints on the bench as James Fish and Ben Franks are primed to make their comebacks from injury with their first appearances since November.

Meanwhile, Benetton head coach Kieran Crowley has made five alterations to his starting line-up after they suffered a 38-19 home defeat to Glasgow Warriors last weekend.

In the backline, Tommaso Benvenuti and Alberto Sgarbi line up in the centres where they replace Iliesa Ratuva and Luca Morisi with Sgarbi also captaining the Italian outfit.

In the pack, Marco Barbini takes over from Braam Steyn at number eight and Marco Lazzaroni comes in on the blindside flank where he replaces Sebastian Negri while Alessandro Zanni is named in the second-row.

The final change is in the front-row where Tiziano Pasquali replaces Marco Riccioni at tighthead prop.

Leinster head coach Leo Cullen has made a number of changes from last week’s victory over Connacht for their Champions Cup clash with Lyon.

Jordan Larmour starts at full-back, with Dave Kearney and James Lowe on the wings as the pace-setters look to make it five wins from five.

Robbie Henshaw and Garry Ringrose are the centre partnership chosen by Cullen, with Luke McGrath and Ross Byrne starting in the half-backs.

Cian Healy, James Tracy and Tadhg Furlong are selected in the front-row, with Devin Toner and captain Scott Fardy named in the second-row.

Finally, in the back-row, last week’s man-of-the-match Rhys Ruddock is again selected, with Josh van der Flier coming back in at openside and Max Deegan at number eight.

Meanwhile, Lyon have left the likes of centre Charlie Ngatai, prop Demba Bamba, fly-half Patricio Fernandez and number eight Liam Gill out of their matchday 23 for what is a daunting trip to Ireland.

Josua Tuisova is named only on the bench as Xavier Mignot takes his place on the right wing, with Thibaut Regard leading the side from 12.

Jean-Marcellin Buttin comes in for Fernandez to start at fly-half alongside scrum-half Jonathan Pélissié.

There is a brand new back-row from last weekend’s Top 14 win at Agen as Killian Geraci, Etienne Oosthuizen and Virgile Bruni start together, while Martial Rolland joins Hendrik Roodt in the second-row.

Hamza Kaabèche, Francisco Gomez Kodela and Badri Alkhazashvili will be Lyon’s front-row at the RDS.

Pool 4 pace-setters Racing 92 will be looking to seal top spot on Sunday when they play host to Munster at Paris La Defense Arena.

They name their strongest available side but there is no spot for Simon Zebo as Brice Dulin comes in at full-back. Captain and centre Henry Chavancy and wing Juan Imhoff return after missing last week’s win over Clermont in the Top 14.

The other changes to the side come in the back-row as Wenceslas Lauret and Antonie Claassen get the nod alongside Bernard Le Roux.

Racing are currently on 17 points in the pool, six ahead of Munster with Saracens one point further back.

Meanwhile, Niall Scannell starts at hooker on his 100th Munster appearance as the side look to stay in the hunt for knockout qualification.

Peter O’Mahony captains the side with eight changes to the team that faced Ulster last weekend.

Mike Haley is named at full-back with Andrew Conway and Keith Earls starting on either wing.

Rory Scannell and Chris Farrell pair up in the centres with Conor Murray and JJ Hanrahan forming the half-back partnership.

Dave Kilcoyne, Niall Scannell and Stephen Archer pack down in the front-row with Jean Kleyn and Billy Holland in the engine room while O’Mahony, Jack O’Donoghue and CJ Stander are named in the back-row.

Craig Casey and Shane Daly are both among the replacements and could make their Champions Cup debuts.