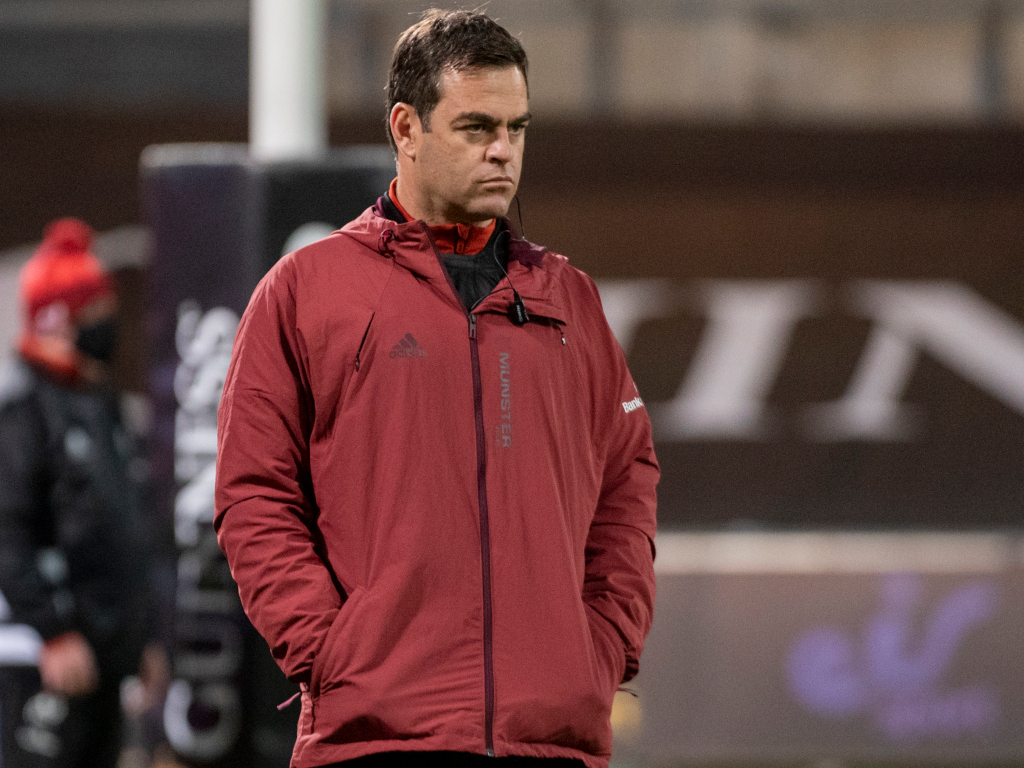 Johann van Graan knows that his Munster team must produce something special if they are to overcome Leinster at Thomond Park this weekend.

Munster have enjoyed a strong season in the PRO14 registering eight wins and just one loss, and are currently at the top of Conference B.

Confidence is riding high with their pursuit of the Champions Cup getting off to a superb start after two wins from two, including an excellent result at Clermont Auvergne.

However, Van Graan is looking for redemption against their big rivals this weekend.

One win over Leinster

Since Van Graan replaced Rassie Erasmus, he has just one win over Leinster, which came in December 2018. Aside from that, Leo Cullen’s men have reigned supreme in the clash between the Irish giants.

The most recent fixture saw Leinster claim a 13-3 triumph in last season’s PRO14 semi-final, where Munster’s toothless attack relied on repeated box-kicks from Conor Murray, a tactic which Cullen described as “predictable”.

However, despite that outing, Van Graan was full of praise for his team, given how they have developed.

“We are four or five months down the line in terms of our development and in terms of playing time together. We’ve gone through a series of games where we had to win in different ways.

“If you look through our season, some games we won convincingly, some we were down and out, some games were won in the 83rd or 84th minutes. It’s a new game, we believe we can win every game we play.”

“I think you take every game and you do what’s necessary to win,” he added.

“I’m glad that in the Ulster game two weeks ago, at least they (Leinster) used some of our tactics in that game as well, so that’s brilliant to see.”