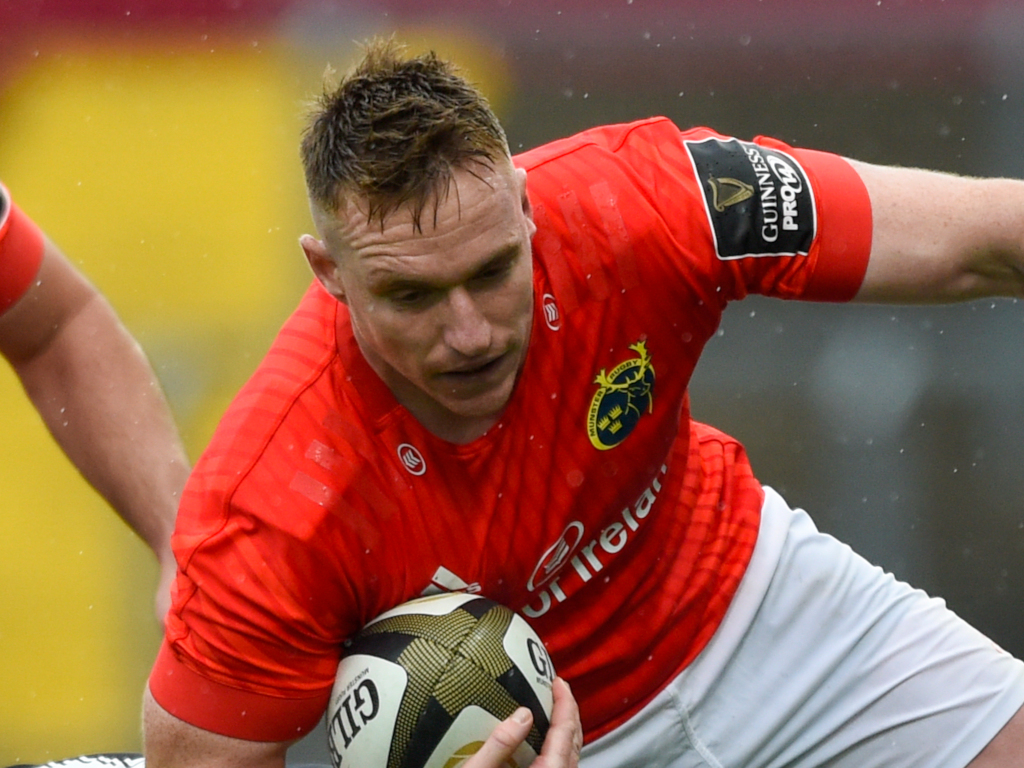 Munster increased their buffer in the Conference B table following a narrow 22-16 triumph over Ulster in the interprovincial derby at Thomond Park.

Andrew Conway provided a match-winning try of real class as Munster battled past the Belfast-based outfit on Saturday. The wing, one of eight returning Rugby World Cup players for the hosts, accelerated clear from just inside halfway to raid in under the posts and split the rivals in the 64th minute.

Tries from CJ Stander and man-of-the-match Rory Scannell helped Munster to carve out a 15-6 interval lead with Ulster’s talisman John Cooney kicking their six points from the tee.

Winless in Limerick since 2014, the Ulstermen edged ahead thanks to captain Rob Herring’s 49th-minute try off a lineout maul amid a promising 10-point spurt.

But Conway’s superb seven-pointer got Munster back on track as they kept up with the pace in Conference B.

With both sides eager to keep up their winning momentum ahead of the start of Europe, it was Cooney who kicked Ulster ahead from close range in the third minute.

The visitors had a let-off when Jacob Stockdale’s clearance kick bounced off Conway and they coughed up a five-metre scrum.

However, the set-piece platform was duly turned into seven points by Munster who had centre Scannell and Alby Mathewson both go close before Stander muscled in under the posts.

🔴 @CJStander BOOMS his way into his first Interpro of the season 👊

JJ Hanrahan’s conversion was followed by a Cooney penalty at the end of an evenly-contested first quarter.

Both defences were proving difficult to break down, and it was errors which were mainly leading to scores. Hanrahan punished an Ulster penalty with three more points at 10-6 before his evening was disappointingly cut short through injury.

A Martin Moore spill ruined a slick Ulster move, and it was Munster who pushed on as half-time approached.

They trucked it up through the forwards and Mathewson, who was a busy figure throughout, before some great hands from replacement Tyler Bleyendaal and Chris Farrell allowed Scannell to plough over near the left corner.

Bleyendaal’s conversion bounced back off the post and the deficit for Ulster remained at nine points despite some mishandling from Matt Faddes and Angus Curtis, who made his first start at fly-half. Collectively, Dan McFarland’s men were an improved force on the restart.

Munster captain Peter O’Mahony stole two early second half lineouts, yet his Ireland colleague Herring sparked the best out of Ulster when breaking from a maul, 10 metres out, and evading Bleyendaal’s tackle to crash over to the right of the posts.

Cooney converted and also punished Stander for going off his feet in the 57th minute, booting Ulster back in front at 16-15.

However, the game’s decisive moment arrived seven minutes later with Conway – set free by Bleyendaal’s inside pass – evading three defenders on a superb slaloming run to the whitewash.

Bleyendaal converted for a six-point cushion and, while Ulster had enough possession to fashion a response, they were starved of territory late on.

Bleyendaal missed a long-range penalty before his pass was intercepted by Stuart McCloskey, but his opposite number Scannell quickly shut down the attack with a crucial tackle.

In the other games, the Southern Kings stunned the Ospreys 16-14 to notch their first victory of the season. The first half laid the platform as they opened up a 13-0 advantage through Erich Conje’s try and two Scott van Breda penalties.

Although the Welsh region responded in the second period via Morgan Morris and Hanno Dirksen, another Van Breda three-pointer proved to be the difference.

The Ospreys’ form is in contrast to the Glasgow Warriors, who are beginning to find their rhythm after a tough start to the year. They were too good for Zebre on Saturday as George Horne (twice), Adam Hastings, Ratu Tagive and Nick Frisby all went over to complete a 31-7 triumph.

The Warriors duly moved closer to the Cheetahs in the table after the South Africans succumbed to a disappointing 30-17 defeat to the Cardiff Blues. Despite well-taken scores by Rhyno Smith and Clayton Blommetjies, ill-discipline proved to be the visitors’ downfall.

Cardiff only crossed the whitewash twice through Aled Summerhill and Josh Turnbull but six penalties in total from Jason Tovey and Jarrod Evans sealed a fine victory for the hosts.

Finally, in the late match, fly-half Dan Jones held his nerve to kick the winning penalty and give the Scarlets a 20-17 triumph over a stubborn Benetton outfit.

The Italians were impressive throughout and held a 14-10 advantage at the break thanks to Angelo Esposito’s try and three Tommaso Allan penalties. Steff Evans touched down for the Welsh side in the first half before Rob Evans went over after the interval to give the Scarlets the lead.

Allan appeared to have secured a draw going into the latter stages, but Jones was on target from out wide with the last kick of the game.