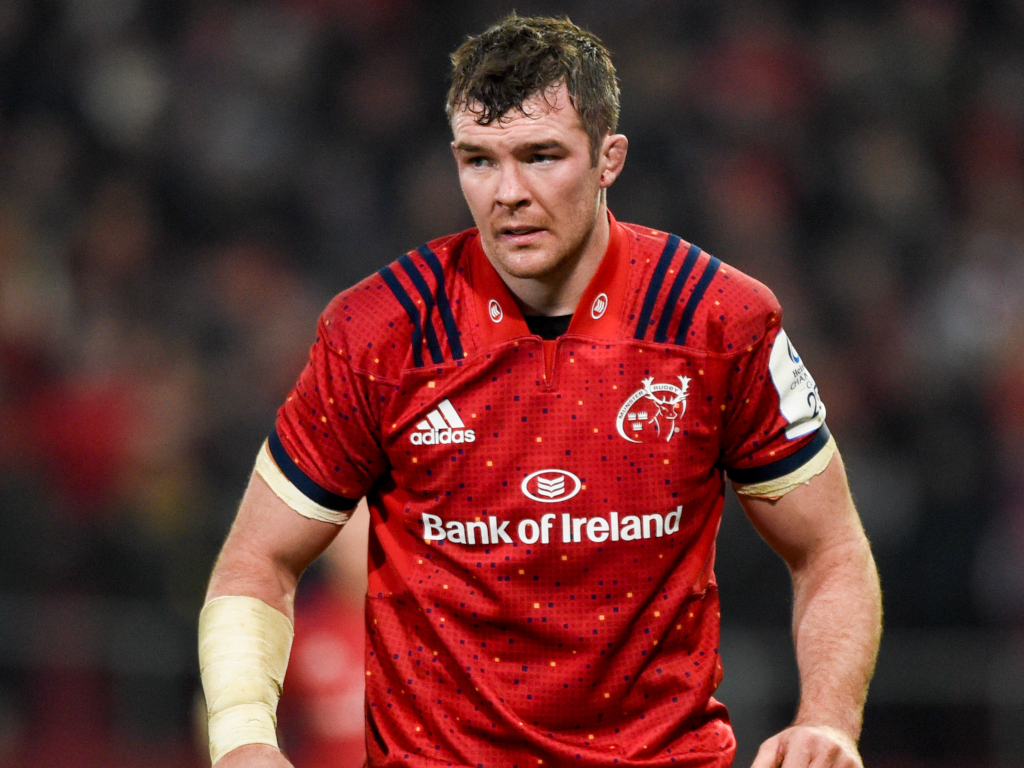 Peter O’Mahony’s first half try proved to be the difference as Munster continued their unbeaten start to the Champions Cup following a narrow 10-3 triumph over Saracens at Thomond Park.

O’Mahony’s 30th-minute touchdown – adding to JJ Hanrahan’s five points from the tee – was all the hosts could muster from their first half wind advantage and a two-thirds share of both possession and territory.

The driving wind and rain became much bigger factors during an error-strewn second half, with the ball becoming a veritable bar of soap.

Ben Spencer, who had kicked a penalty before the interval, suffered his second miss and Munster stood firm, despite replacement Arno Botha’s 80th-minute red card for leading with a forearm into Nick Tompkins.

Despite a number of notable absentees, the defending European champions still travelled with a team that contained players of the quality of captain Brad Barritt, Alex Lozowski, who led them out on the occasion of his 100th cap, and formidable locks Maro Itoje and Will Skelton.

It was nip and tuck early on, Sarries winning the first scrum penalty before Munster disrupted the visitors’ lineout, and Chris Farrell and Keith Earls increased the pressure with a couple of clever kicks in behind.

Munster went for the corner from a subsequent penalty and, after Tadhg Beirne was held up, Hanrahan took the three points courtesy of a 17th-minute scrum infringement.

Prop Richard Barrington’s show-and-go got the visitors on the move, but they needed a Farrell knock-on to deny Rory Scannell a try at the other end.

Lifting the pace, centre Scannell’s pinpoint pass invited Earls to cut inside and the quick ball, a few metres out, allowed Conor Murray to put his skipper stretching over.

Hanrahan nailed the tricky conversion for a double-figure lead, although Saracens enjoyed the stronger finish to the half.

Spencer hit the post with a penalty effort, Munster failed to clear with a Farrell shank, and Barrington seized possession which led to the scrum-half punishing an offside with three points.

With the weather conditions deteriorating considerably on the restart, Saracens got their big carriers on the ball but again Spencer lashed a penalty against the post.

Skelton then lost the ball in contact near the Munster line, before Nick Isiekwe’s charge-down on Murray went dead.

While Munster’s Mike Haley coped well with the slippery ball from a couple of kicks, retaining possession and building attacks was proving very difficult, especially with both lineouts under pressure on a very tough night for hookers.

Defences continued to be on top during a tense final quarter, with some terrific maul defence from Jack O’Donoghue and Billy Holland lifting the Irish province, while Itoje and company won the breakdown battle to send Sarries back downfield.

Mark McCall’s men had one last-gasp opportunity, afforded to them by South African Botha’s foul play highlighted by a TMO review.

However, O’Donoghue came up with a vital lineout steal, with the the result keeping Munster second in Pool Four ahead of next Saturday’s rematch at Allianz Park.

Wonderful handling, creative play, what more do we need to say… 🤷‍♂️

The full-back was sent-off for kicking out at Teddy Thomas and the Parisians duly went on to seal a dominant win via efforts from Thomas (twice), Teddy Baubigny, Yoan Tanga, Henry Chavancy and a penalty try.

Although the Welsh team showed spirit to score three times through Hanno Dirksen, Ma’afu Fia and Aled Davies, they were hampered by their ill-discipline.