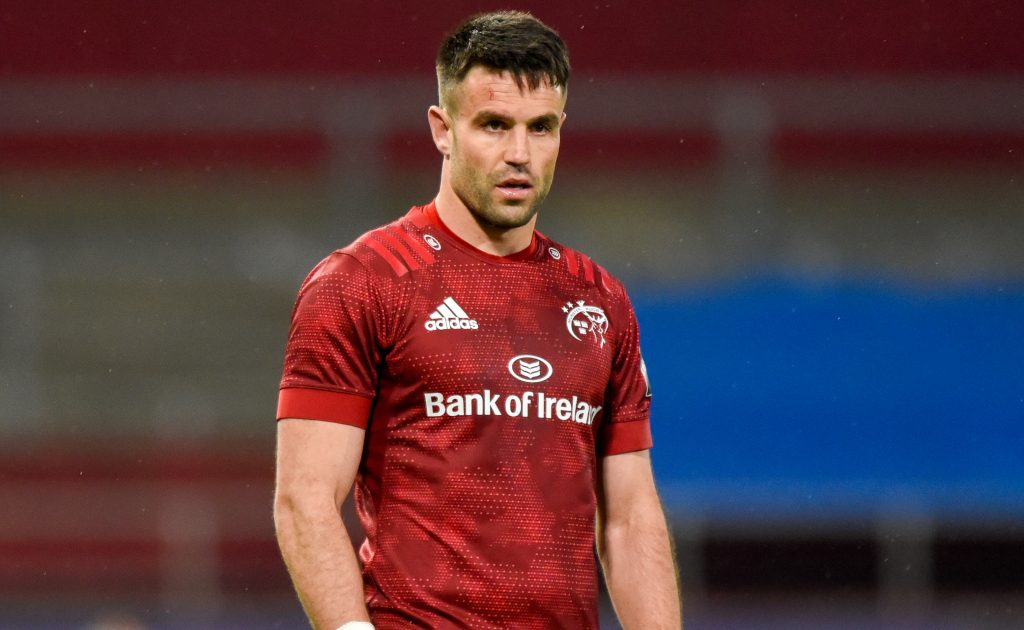 Munster head coach Johann van Graan believes that Conor Murray is one of the best players he has ever coached after the scrum-half was named in the Lions squad.

Alongside Aaron Smith, the scrum-half was once considered the premier half-back on the planet, but has struggled for form over the past couple of years.

Murray also failed to find his best in the Six Nations as Ireland stuttered in their first four matches. However, that changed in their final encounter against England as the 32-year-old produced a virtuoso performance in Dublin.

A star of the 2017 tour in New Zealand, Warren Gatland has once again put his trust in the Munster man by naming him in his squad to tour South Africa, a selection Van Graan very much backs.

“Conor is up there with the very best, you’ve just got to look at his record,” Munster’s boss told reporters.

“Going on a third (Lions) tour, he’s consistent, his kicking is well documented, he’s a phenomenal kicker. I think the things that people don’t see are in his defence. The hits that he makes, he gets himself in poaching positions.

“He’s a very silent guy. He just gets on with his business, he’s one of the guys in the team who never says too much but turns up every single week. The performance on the weekend against Ulster I thought was class.

“He’s looking to improve every single season. I think that’s the sign of a true world-class player.”

Van Graan has coached a number of top players, including several South African greats, and believes that Murray is right up there with the best of them.

He added: “In terms of the guys I have been lucky enough to coach, Victor Matfield, Bryan Habana, Fourie du Preez, Schalk Burger, in Irish terms you look at Peter O’Mahony, CJ Stander, Conor Murray, Keith Earls, they are all world-class players and Conor falls into that category.

“Lockdown has been big for him, he said that publicly. He refocused his goals and he’s now as good as he’s ever been. I can’t speak highly enough of Conor.”