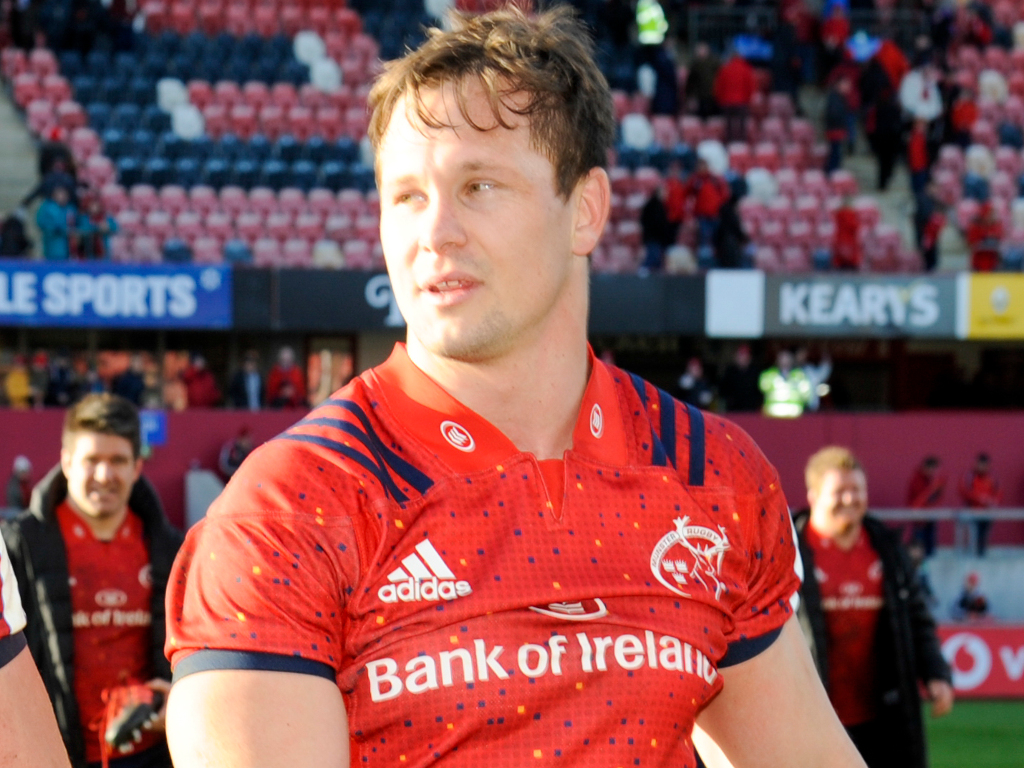 Munster racked up 10 tries as they breezed past the Southern Kings on Friday, winning 68-3 to move to the top of Conference B in the PRO14.

Arno Botha scored a hat-trick of tries, Shane Daly scored a pair in the second half with man-of-the-match John Hodnett, making his first start for the province, also crossing.

The Kings did not help their cause by having two players in the sin-bin, one in each half, but the South African side had no answer to Munster’s pace and power.

The home team had the bonus point wrapped up by the interval with two tries from Botha and one apiece from Calvin Nash and Jack O’Donoghue helped Munster to their biggest win in the PRO14.

Munster opened the scoring after eight minutes with a try from number eight Botha as he surged off the back of a penalty scrum to score under the posts following the sin-binning of Southern Kings full-back Andell Loubser. JJ Hanrahan converted for a seven-point lead.

The Kings replied with a Demetri Catrakilis penalty on the quarter-hour mark but Munster were back for a second try after 23 minutes.

A switch move from Dan Goggin under the posts was fed to Mike Haley, who in turn played in Nash for a try. Hanrahan added a difficult conversion to make it 14-3.

Botha was in for a second after 29 minutes after poor defence from Kings saw the number eight score under the posts with Hanrahan again converting.

It's a record #GuinnessPRO14 win for Munster as we secure our biggest win and score a record 10 tries!#MUNvKIN #SUAF 🔴 pic.twitter.com/q58CmI16bA

The Kings did apply pressure in the 10 minutes before the interval but were not able to convert it to scores.

The home team had the last say of the half with a O’Donoghue try from a clever chip through by Hanrahan. Hanrahan converted for a fourth time to leave the score at 28-3 at the interval.

Johann van Graan’s side made it five tries after 50 minutes with Hodnett scoring under the posts after he was at the end of a counter attack started by full-back Haley.

Shane Daly then made the most of a poor pass in the Kings in-ball area and pounced to score Munster’s seventh try with replacement Ben Healy converting.

Goggin made it on to the scoreboard next and Botha wrapped up the scoring with his hat-trick with three minutes remaining.

In the other PRO14 fixture taking place on Friday, Glasgow Warriors came from behind to overcome Zebre 56-24 as they went over eight times at Scotstoun.

This victory keeps the Warriors in touch with the third-placed Cheetahs in Conference A, with the South African side facing Leinster in Dublin on Saturday.