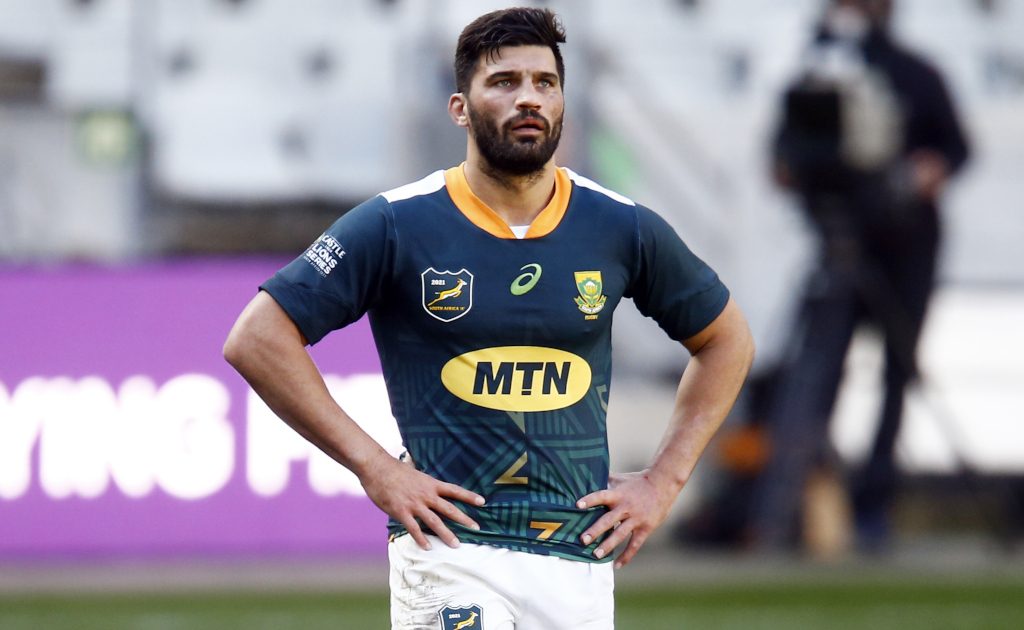 South Africa centre Damian de Allende admits he is lucky to be playing rugby again after a firepit explosion.

De Allende and international team-mate RG Snyman suffered burns in the incident last month, but he has recovered sufficiently to force his way back into the Springboks team for the opening Test against the British and Irish Lions in Cape Town on Saturday.

He accepts the outcome could have been far worse.

Snyman going through a lot

“After it happened I did go into a bit of shock and I was in hospital on morphine and it was tough. When it wore off the pain started to kick in and it really struck me how bad it was and how much worse it could have been and how lucky I had been.

“I am very grateful I got through some good game minutes over the last week. It was tough to play two games in a week, I haven’t done that for quite a long time but it was good.”

De Allende featured for South Africa A in the warm-up match against the Lions last week, and is one of 21 of the World Cup-winning squad from 2019 named in Jacques Nienaber’s 23-man party to face the tourists.

He says that familiarity may help counter their disrupted preparation – with 14 players having tested positive for Covid-19 during the pre-series training camp.

South Africa have also not played a Test match against a tier one side since the World Cup final but De Allende believes previous shared experience will stand them in good stead.

“Obviously we haven’t played together since the World Cup, but we know our relationships on the field and off the field are still very good,” he said.

“It has been great that there is still a bit of consistency in the squad and I think that makes a massive difference. It almost allows us to be ourselves and fit in naturally again.”