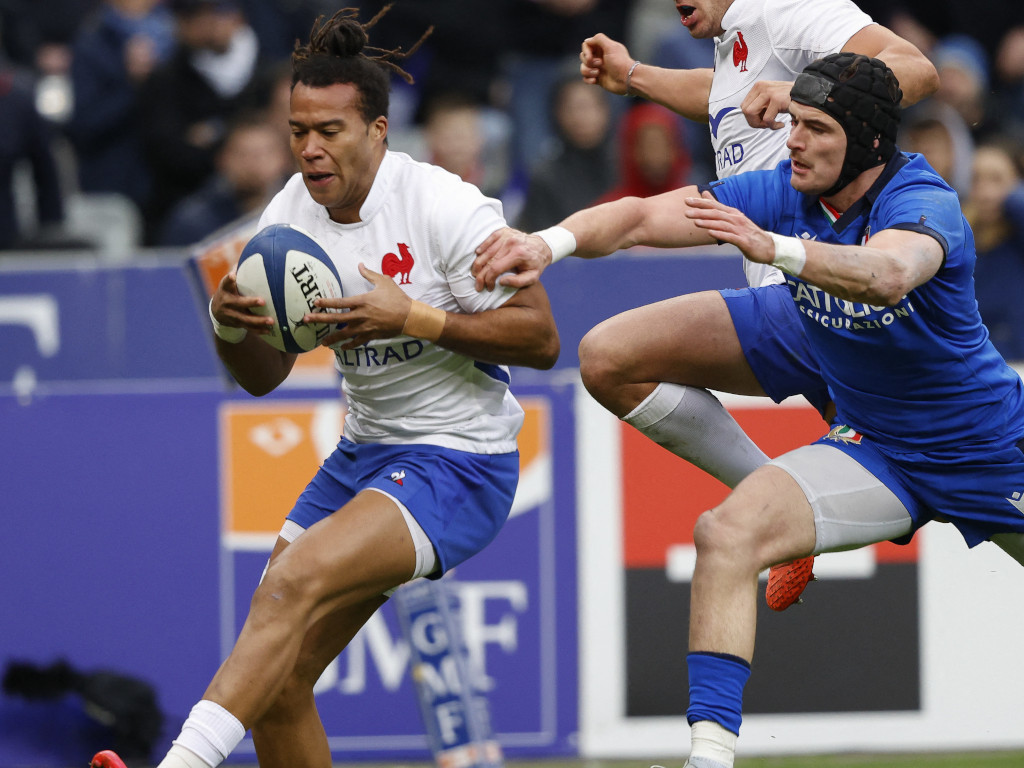 France head coach Fabian Galthie has shown confidence in his fringe players for their final Autumn Nations Cup Group B game against Italy in Paris on Saturday.

With any win guaranteeing them top spot and a likely showdown with England for top honours in this competition, Galthie has decided to rest his star personnel against the Azzurri, with only wing Teddy Thomas and fly-half Matthieu Jalibert remaining from the starting XV that saw off Scotland at Murrayfield last week.

That means there’s wholesale changes from Les Bleus at the Stade de France, with 11 debuts handed out in the French match-day 23, which should encourage Italy.

It will not only be a special occasion for the players running out for rare international caps but also Nigel Owens, who referees his 100th Test this weekend. With the Welsh official in charge and so much talent on show looking to impress, it promises to be an entertaining match and one that could well go either way.

However, before the action there will be plenty of emotion as the global game remembers France legend Christophe Dominici, who tragically died earlier this week. There’s no doubt this French team will be determined to do the wing proud with a solid performance.

On paper Italy again look strong though and coach Franco Smith will hope they can capitalise on this untried team to seal a first victory over France since 2013. However, one glaring absence from their teamsheet is star back-row Jake Polledri, whose long-term injury is a significant setback for both Italy and Gloucester.

The question is do they boast enough quality to cause an upset against a team that includes outstanding talent in the form of Sekou Macalou, Baptiste Serin, Jalibert, Jonathan Danty, Thomas and Brice Dulin, to name a few? Limiting captain Serin’s impact on the clash will be crucial if they are to upset their hosts in a result that could see them finish in second place in Group B, above France, thus giving Scotland a pass to the final which they’ll welcome with open arms.

This is why some are surprised by the mass, pre-planned changes France opted to make, particularly as their Fiji fixture in Round One was called off due to Covid-19 so there shouldn’t be tired legs. However, one does admire their long-term thought process here and this coaching group, led by Galthie, appears to have done everything correctly thus far and a good showing and result on Saturday would certainly create a fantastic atmosphere and options for them going forward.

The end goal, of course, is winning the Rugby World Cup on home soil in 2023 and building tournament depth and combinations comes via Tests and calls such as this.

For France: With Antoine Dupont cemented as Les Bleus’ first-choice scrum-half, and arguably the world’s best player in the role at the moment, his back-up, Baptiste Serin, gets a rare chance in the side. Serin should be influential in this fixture as he is a brilliant attacker with the ability to change the course of a match with a moment of brilliance, and he will be determined to prove his mettle with a strong performance in this match. The Toulon nine has the added responsibility of captaincy and with a youthful and inexperienced team under him, his decision-making will be key in deciding the outcome of the game.

For Italy: Although he’s played most of his career at fly-half, Carlo Canna has impressed since Italy head coach Franco Smith moved him to inside centre during the Six Nations earlier this year. The 28-year-old is a seasoned playmaker, who does not shy away from contact as he enjoys taking the ball to the defence and will be expected to get his side over the advantage line with some strong carries. He also possesses some deft touches so don’t be surprised if he creates attacking opportunities for his team-mates, especially his outside backs. With improving young fly-half Paolo Garbisi on his inside, Canna will also be expected to bring calmness to his more inexperienced team-mate as Italy try to break the Les Bleus defence, which could be rusty due to a lack of game time together.

😢 Our thoughts are with his family, friends and former team-mates. pic.twitter.com/haU9oo2Ivz

Head-to-head: In the forward battle, Italy’s captain and hooker, Luca Bigi, goes up against an inexperienced Test player in Peato Mauvaka, who seldom gets an opportunity in the starting line-up for his country and his club, Toulouse, where he is second-choice in his position behind another French international, Julien Marchand. Like most Italian players in the tight five, Bigi shines in the execution of his core duties, with his scrummaging and lineout throw-ins among his strengths. He has also impressed in other areas for his club, Zebre, and will be a threat around the field. By contrast, Mauvaka is a solid ball carrier with a good skill-set, who will make an impact once he builds up a head of steam on attack. He was an unused member of France’s 2019 Rugby World Cup squad and will be determined to catch Galthie’s attention, ahead of a possible Autumn Nations Cup final, with a polished display in all facets of his game.

Prediction: Italy will fancy their chances of a rare victory over their rivals but we just feel Les Bleus will sneak it. France to win by three.