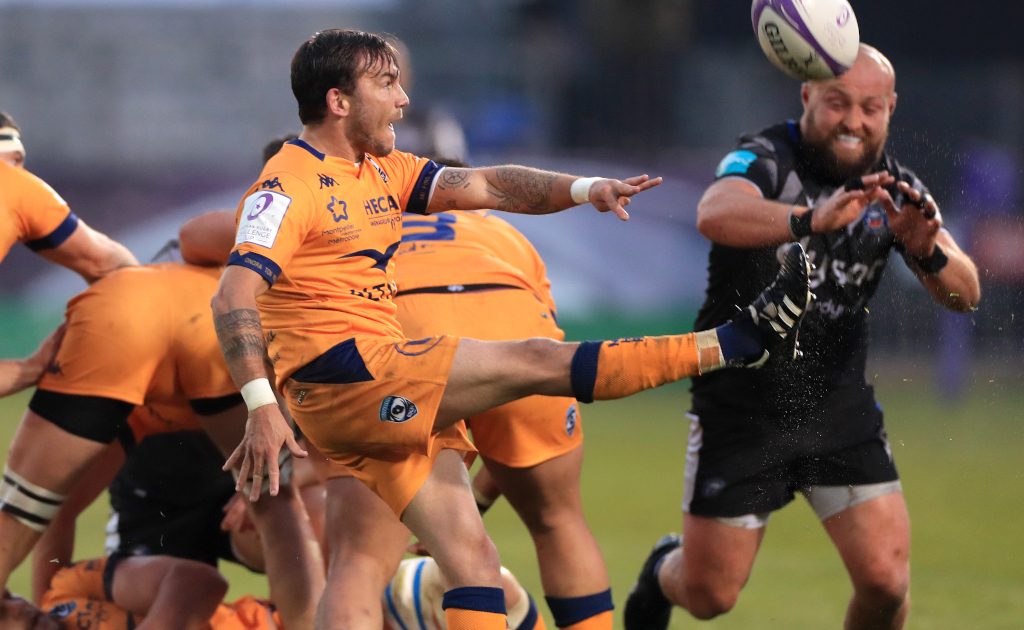 Montpellier booked a Challenge Cup final appointment with Leicester after ending Bath’s hopes of silverware with a 19-10 victory at the Recreation Ground.

British and Irish Lions head coach Warren Gatland, who names his South Africa tour squad next Thursday, looked on as Bath strived to make it an all-English Twickenham final on May 21.

But Montpellier gatecrashed the party, with flanker Yacouba Camara scoring a try and scrum-half Benoit Paillaugue kicking a conversion and three penalties, before Handre Pollard booted an 80th-minute penalty.

Bath started brightly, given a flying start by hooker Tom Dunn’s fourth-minute try, while scrum-half Ben Spencer added a conversion and penalty, yet a number of lost lineouts on their own throw undermined victory hopes.

Montpellier, Challenge Cup winners in 2016, were often threatened by Bath and England star Anthony Watson’s strong running – he will undoubtedly have impressed Gatland – but they had enough control up-front to prevail.

Wing Will Muir made his European debut for Bath, while flanker Sam Underhill clocked up 50 first team appearances, Wales international Taulupe Faletau returned to the back-row and Spencer was recalled at scrum-half.

But Bath made an immediate statement of intent, taking a fourth-minute lead after outstanding work by their forwards set up a platform for Dunn to crash over from close range.

Centre Johan Goosen sent a long-range penalty chance well wide as Montpellier looked for a foothold in the contest, and Paillaugue opened their account through a 20th-minute penalty.

Although the scrum-half missed another penalty opportunity shortly afterwards, he was then heavily involved as Montpellier claimed an opening try.

Paillaugue’s clever kick into space was gathered by Montpellier wing Vincent Rattez, and his inside pass found Camara, who sprinted clear for a fine score that Paillaugue converted.

Former Saracens fly-half Alex Lozowski was key to the visitors’ impressive attacking shape, but Bath quickly regrouped and a Spencer penalty tied things up after 27 minutes.

But with Bath’s misfiring lineout proving problematic, Montpellier continued to grow in confidence as two more Paillaugue penalties during a dominant six-minute spell gave their opponents plenty of food for thought.

And Montpellier comfortably preserved that advantage heading into half-time, proving good value for their lead.

The French side exerted more control immediately after the break, yet they could not turn it into points this time around as a short-range Paillaugue penalty glanced off the post.

It was exactly the kind of reprieve that Bath needed, and they reacted by surging upfield, with early second-half substitutes Jack Walker and Miles Reid – who replaced Lions hopeful Underhill – making a positive impact.

Montpellier had prop Enzo Forletta sin-binned following his team’s repeated infringing, yet Bath could no find way through.

The home side grew increasingly anxious as the clock ticked down, but with Montpellier sending on plenty of experience from the bench, they had sufficient strength to keep Bath at bay and set up an intriguing battle with Leicester.