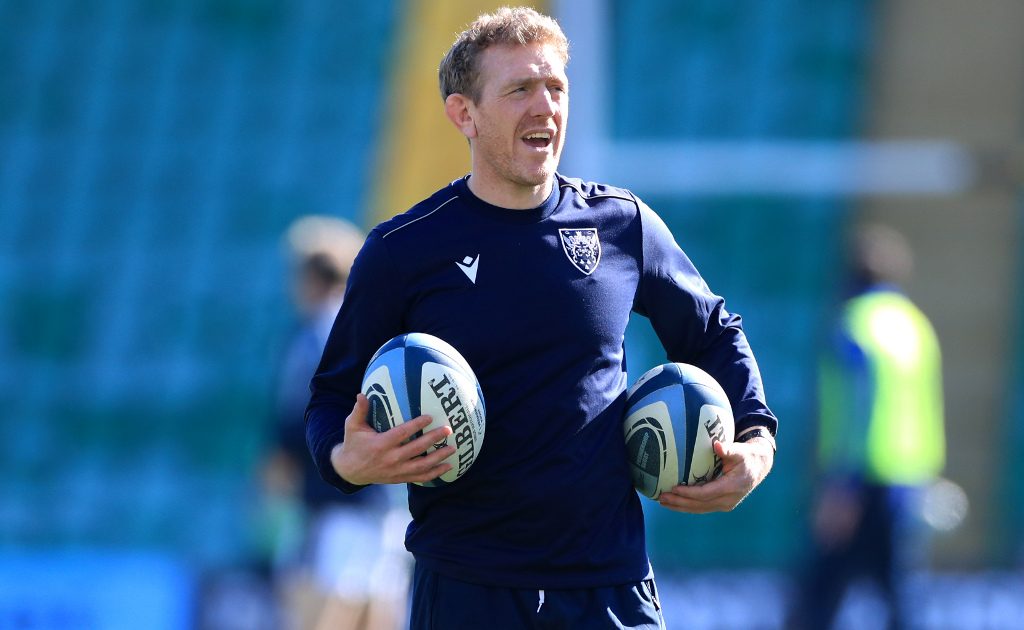 Northampton assistant coach Sam Vesty was still not satisfied with certain aspects of his side’s play despite seeing them come out on top in a 10-try thriller against London Irish at Franklin’s Gardens.

Saints won the clash 44-26 to climb up to fourth in the Premiership but some of the defence on show was evidently questionable on a night of excellent entertainment.

Not a complete performance

Vesty said: “It was not a complete performance as we gave too much away and we can’t afford to do that in certain games.

“However it’s encouraging to see the boys playing heads-up rugby to see where the space was.

“When you secure a lead you’ve got to keep playing the way that got you there and not go into your shell.

“We have a really young group of players with bags of potential.”

One of those players is 23-year-old scrum-half Mitchell, who was man of the match.

Vesty said of the number nine: “He’s such a good natural footballer with a real bit of spark and is such a threat around the breakdown area.

“He was frustrated last year when he was behind Cobus Reinach as he was not getting much game time but he has more exposure now and is consistently getting better.”

Mitchell said: “Losing to Ulster last week has enabled us to concentrate on the Premiership. It was an unstructured game and that’s what we like and it was a good game to play in.

“At half-time, we were frustrated by our defence as individual tackling errors had let us down in that first half.”

London Irish director of rugby Declan Kidney was not too disheartened by his side’s performance as their battling efforts earned them a deserved bonus point.

He said: “We didn’t have enough possession and that gave them a lot of attacking opportunities and restricted ours.

“We made a lot of line-breaks and should have converted more of them so there is still plenty to work on.

“We can’t hide behind the fact that we conceded a number of scores especially in that decisive third quarter but the boys kept fighting, although knocking the ball on right at the death summed up our night.”