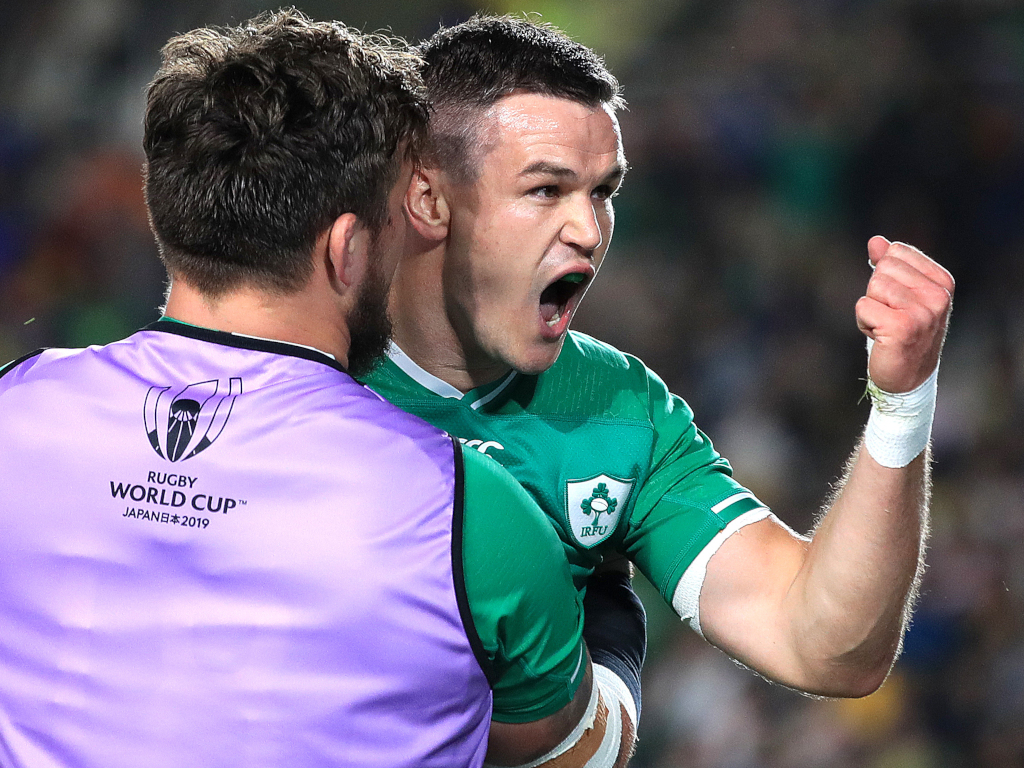 Johnny Sexton and Conor Murray will become Ireland’s most capped half-back pairing on Saturday when they face New Zealand in their Rugby World Cup quarter-final.

Overtaking Ronan O’Gara and Peter Stringer, they are paired together for their 56th international game in the clash at Tokyo Stadium.

Murray and Sexton first lined out together in Ireland’s opening game of the Rugby World Cup 2011 against the USA and on Saturday play inside Robbie Henshaw and Garry Ringrose. Rob Kearney returns to the line-up at full-back with Jacob Stockdale and Keith Earls starting the wings.

Rory Best will lead the team in his 124th appearance in green. Cian Healy, winning his 95th cap, and Tadhg Furlong pack down on either side of the captain.

Iain Henderson and James Ryan are paired in the second-row with Peter O’Mahony, Josh van der Flier and CJ Stander in the back-row.

Here's the Ireland team to play New Zealand in the quarter final on Saturday.