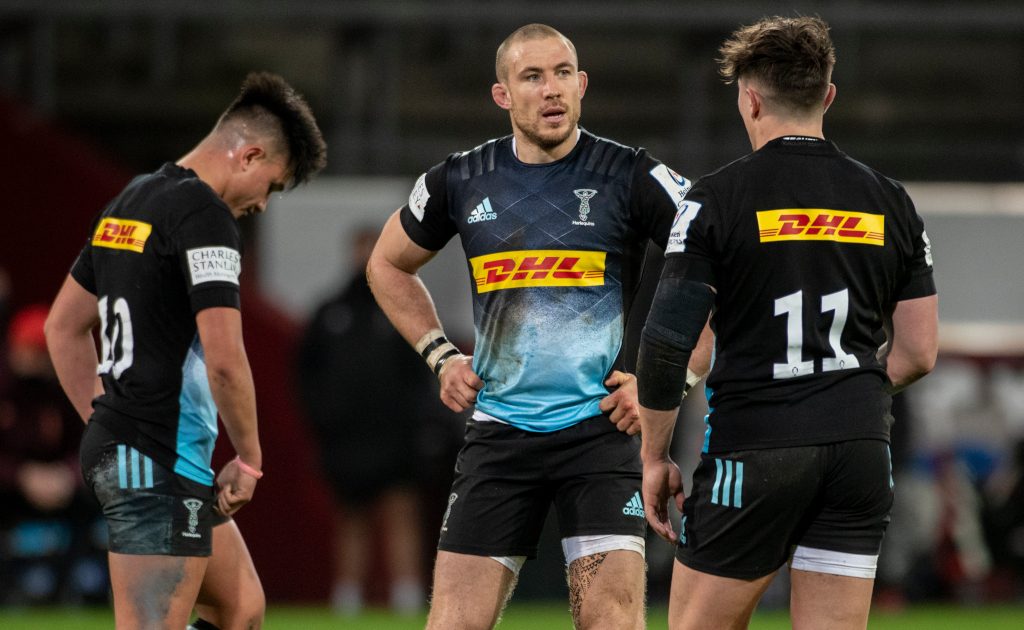 Newcastle have announced the signing of Mike Brown for next season, with the Harlequins star relishing the prospect of life at Kingston Park.

Capped 72 times by England, the 35-year-old holds Harlequins’ all-time appearance record having played 348 matches for the London club over the years.

But on Saturday it was announced that Brown would be parting ways with the Premiership outfit to head north where he will link up with Dean Richards.

“I’ve enjoyed watching how the Falcons have performed this season since coming back up, and they’ve had some great results,” he told the Falcons website.

“They play with an uncompromising toughness and have got some real X-factor players, and when the time comes to join up with them in the summer I know I’ll enjoy being part of it.”

Scoring five tries in 13 starts this season to take his Quins try count past the 100 mark, the Southampton-born player has sought the inside track on his new club and likes what he has heard.

“I’ve spoken to people I know well about what Newcastle’s set-up is like – guys like Luther Burrell and Nick Easter to name just a couple,” said Brown.

“They just talked about how it’s a really tight-knit group of lads, and that the whole thing is centred around hard work, honesty and respect. I think that’s all you can ask for as a player, and I’m really excited by the prospect of going up there and fitting into that culture.”

Falcons boss Richards needs no introduction to Brown having worked together during his own time at Harlequins, and the director of rugby is delighted to have been able to secure his signature.

He said: “Mike is a top-quality player who is right up there as the form full-back in England at the moment, and it’s a brilliant signing for us.

“He keeps himself in incredible shape, his levels of professionalism are extremely high and everybody knows about his ability.

“He’s got everything you want from a full-back – great under the high ball, big boot, fabulous counter-attacker and knows his way to the try-line.

“He can look after himself, which I like, and having worked with him previously I just know he’ll be a great fit who will add to the team while helping bring through our talented youngsters.”

🗣️ "While this will be a big change for me, I remain fully focused."

Similarly enthused by the prospect of re-uniting with Richards, Brown said: “I’ve obviously worked with Dean and Minty [Newcastle defence coach Nick Easter] so I know what they’re about, and it’s an exciting new chapter.

“It feels like the Falcons are a club moving in the right direction, and I’m also looking forward to something different from a lifestyle point of view. It’s obviously a beautiful area with plenty going on in terms of your time away from rugby, and we’ll look forward to exploring that once we’re up there.

“I’ve also heard a lot about how local rugby clubs are an important part of the community in the region, and that’s something I find very appealing.

“A successful Newcastle Falcons side can have big knock-on effects for the whole sport in that part of the country, and we’re talking about a club which has won national cups and a Premiership title.

“To play for the same club which has had greats like Matt Burke and Jonny Wilkinson there before is pretty special, and I’m just excited about the whole thing.”