Home News Michael Cheika’s fate to be decided by Christmas 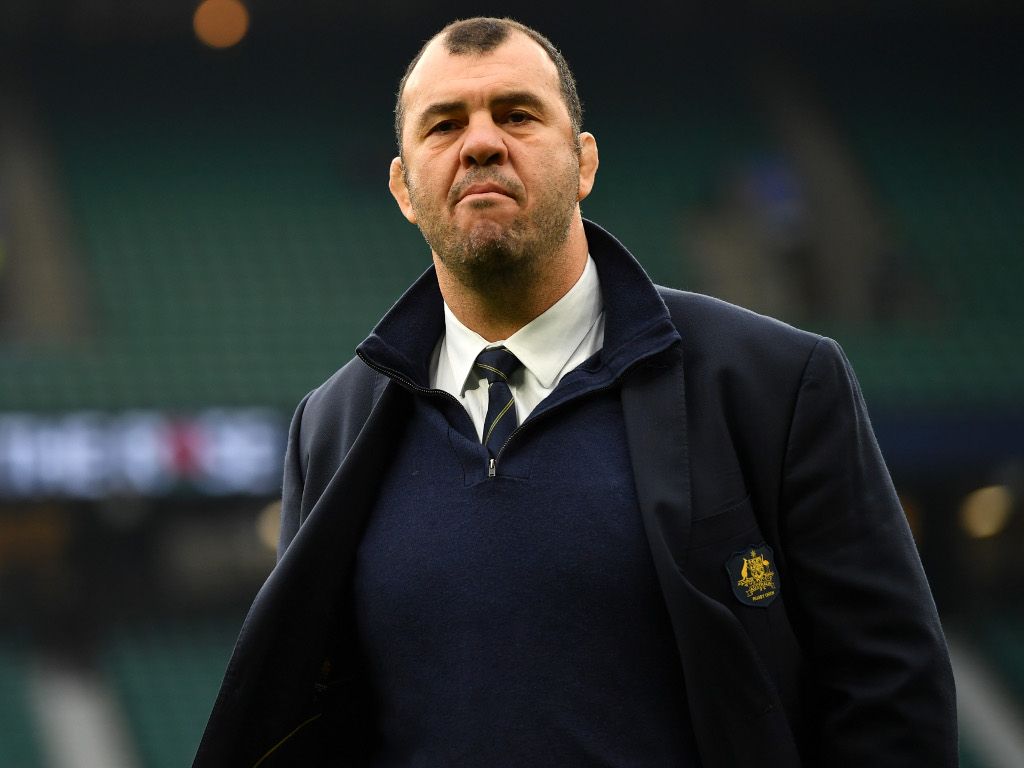 Rugby Australia (Rugby AU) chairman Cameron Clyne shed little clarity on Michael Cheika’s future after Monday’s board meeting but said a decision on the 2019 Wallabies staff will be made “ahead of Christmas”.

Clyne gave a 50-second statement and took no questions from media about Cheika’s presentation to the board and the ongoing review process of the Wallabies season.

Aside from Cheika’s own presentation, Clyne said the board had received reviews from the high performance department as well as data from players at the end of the Test season.

While Clyne didn’t give any indication which way the board was leaning when it came to Cheika and his staff, significantly, it was the first time that Rugby Australia’s board hasn’t given its explicit support when speaking on his future, leaving the door open for a number of possibilities.

Speaking after October’s meeting, before the end-of-year tour, Clyne said Cheika had the board’s “absolute support”.

“Today was our December board meeting, it’s our last board meeting of the year, we had a pretty full agenda,” he said on Monday.

“We obviously received a presentation from Michael Cheika and we’re going through a process, so I’m not really in a position to elaborate.

“We’ve had a presentation from Michael, we’ve had some data gathered from him, from his coaching staff, from his players and from our high performance unit and we need to go through a fairly thorough review process.

“We’ve got all the information we need and we’ll be going through that process.

“I know people are very keen to know what’s going on but I felt it was important to at least let you know where we are in that process and obviously we’ll have more to say and have that process wrapped up ahead of Christmas.”

Cheika’s future has been in the spotlight but the future of his assistants Nathan Grey, Stephen Larkham and forwards coach Simon Raiwalui is reportedly being closely reviewed as well.

Speculation around a number of possible candidates has been thrown around in recent weeks, with Scotland‘s head of high performance Scott Johnson and Ireland‘s David Nucifora both reportedly consulted.

Johnson’s interest is believed to be more in a director of rugby type role beyond the 2019 Rugby World Cup.

Leading into Monday’s meeting, it was expected a decision either way would be handed down by the end of this week at the latest but that timeline has blown out somewhat after Clyne’s statement on Monday.

The Christmas deadline is one that Rugby AU CEO Raelene Castle also used when discussing an end of season review with media in London, ahead of the final Test of the year.

Rugby AU’s operations shut down on Friday, December 21 but it is not clear whether a decision would have to be made before that date.