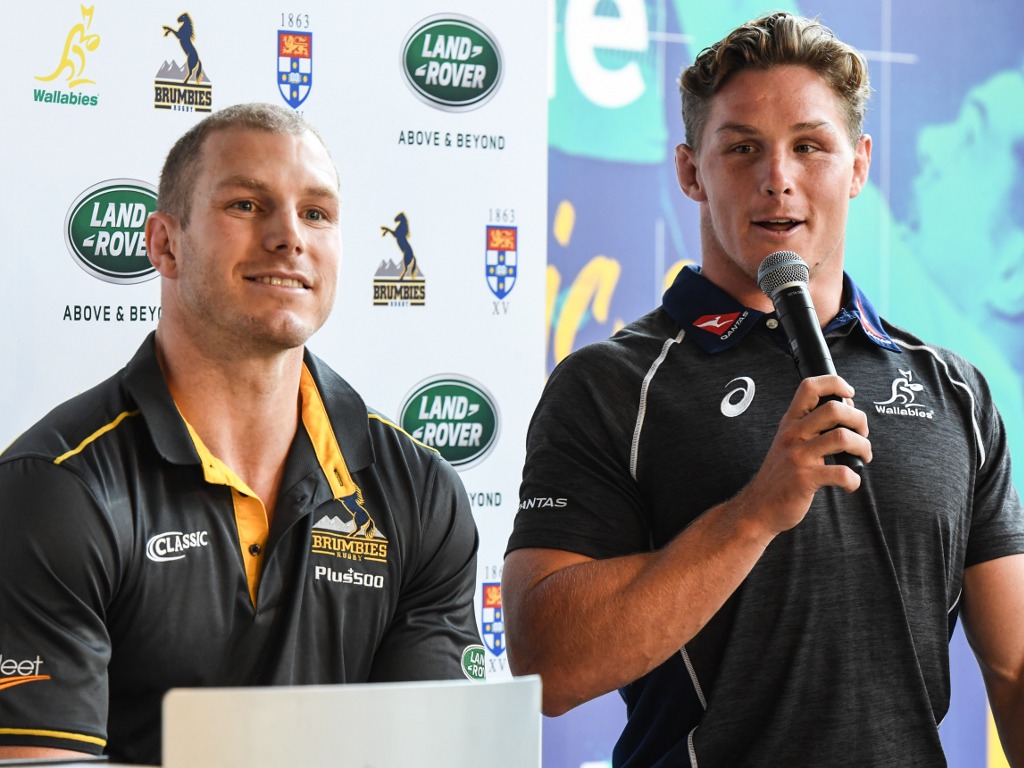 Wallabies coach Michael Cheika has given the strongest hint yet he may move away from starting both Michael Hooper and David Pocock at the World Cup, opening the door to other back-row combinations.

The so-called “Pooper” combination has been a point of contention for the Wallabies, with Australia’s lineout exposed when both start and Pocock generally playing out of position at number eight.

Cheika has been a staunch supporter of the Pooper combination in the past but Naisarani’s impending citizenship and his Super Rugby form could force a change.

“I think this year we’ve certainly got some other options around the back-row,” said Cheika.

“Dempsey’s back, Naisarani’s playing some good footy and Valetini – I know he’s injured but I’ve liked what he brought in the first four or five games and we’ll be doing everything we can to get him back before the end of the season.”

Cheika also faces decisions around the best position of versatile players and the best combinations for the team.

“Do you play Lukhan (Salakaia-Loto) in the back or in the middle?

“Luke Jones definitely has had a great season since he’s come back; (Lachie McCaffrey) is a different type of player but has had a really good season so far.

“He’s more a ball player, a link player, so that gives you different ways to play the guys.

Cheika said he had not met with Rugby Australia’s new director of rugby, Scott Johnson, since his arrival back in the country last week but he was ready to use his expertise ahead of the World Cup.

“We spoke after he was appointed and he was pretty comfortable in making sure that I had the ability to deliver whatever style of game that I wanted to deliver,” he added.

“But I would be naïve not to link in with him.

“He’s not good experience internationally, different countries, playing styles, he brings a different perspective from the outside.

“You’ve got to have different opinion as well. That might encourage me to change one thing here, just like I do with other people.”

He said there was plenty of trust involved in their relationship.

“He trusts me to get the things done and I trust him to give me an outside view and good feedback and Michael (selector Michael O’Connor) as well.”

Cheika revealed he has held several gatherings with people from inside and outside of rugby, including Olympic sevens gold medallist Charlotte Caslick.

“I’ve had guys like (Chris) Latham, (Phil) Kearns, (Matt) Giteau, some rugby league types as well, Char Caslick sat in on one of the meetings,” he said.

“(It’s about getting) different ideas and then we’ve gone out and tried to train a few of those with colts teams.

“We’ll try that again before the May camp.”

Cheika also explained the philosophy behind resting players, which he said was to ensure Wallabies were fit enough to handle a potential seven-game World Cup campaign.

“In the week of the World Cup final, you don’t want to be going soft at training,” Cheika said.

“The temptation is to ease back, not want to get (players) injured.

“I’m not a cliched man but sometimes you’ve got to break a few eggs to make the omelette.

“That hard work will have us hard and ready for seven games in a row and that’s what we want to do.”