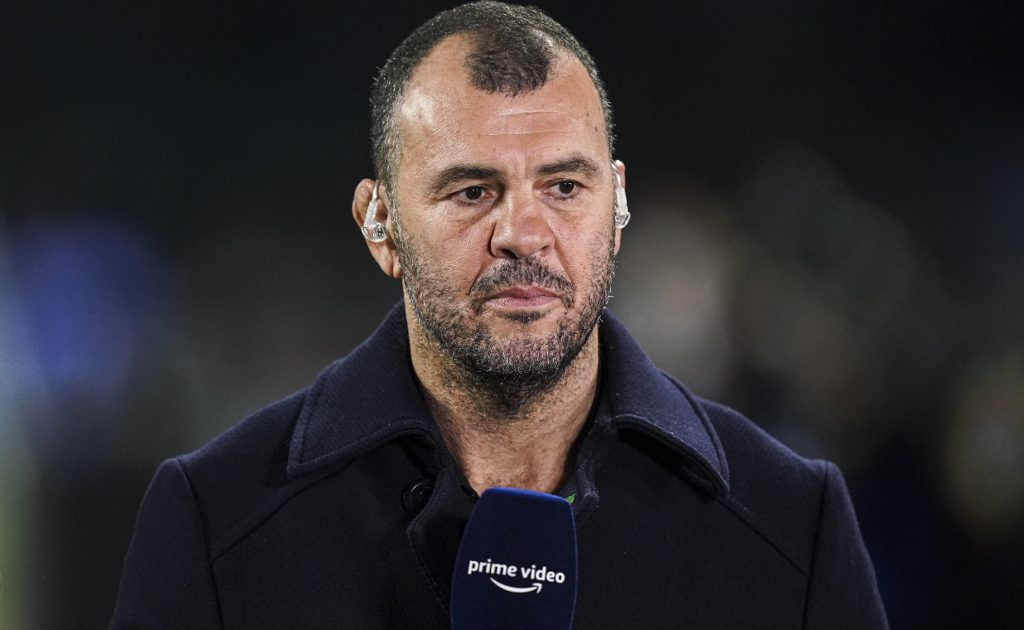 Dave Rennie has received support from the man he replaced as Wallabies coach following his criticism of the match officials’ performance during Saturday’s Autumn Nations Test against Wales.

Michael Cheika has offered his backing to Rennie whose comments about the match officials following the narrow 29-28 defeat in Cardiff could result in a sanction from World Rugby.

After hearing Rennie’s description of the match officials’ decisions as “horrendous”, Cheika empathised with the frustration in his role as a pitchside pundit for Prime Video.

“I’ve been right there, right where he’s standing, feeling just like that, and I want to give him my support right now,” Cheika told AAP.

Rennie was left furious by multiple decisions in Cardiff, notably the inconsistency of Kurtley Beale being yellow carded for a deliberate knockdown, whilst Welsh centre Nick Tompkins was awarded a try despite a similar incident.

South African TMO Marius Jonker was the epicentre of Rennie’s outburst as the Wallabies coach questioned why Jonker had been chosen to officiate after a dubious sin-binning of Alan Alaalatoa, a decision that was later deemed incorrect by World Rugby.

“Coach Rennie is pointing out that incident (with Tompkins) but I think it’s the accumulation (of rulings), also the involvement of the TMO in many decisions, and he’ll be feeling frustrated because, just like me, he felt his side had played really well and gritty,” said Cheika.

“Like he (Rennie) said, they deserved more on the night. He’ll be feeling that now, so let’s give him a bit of room to vent and tomorrow he’ll be sweet.”

Rennie’s frustration is uncharacteristic and after the match he claimed that for the first time in over 20 years of coaching he needed to address the match officials’ performance publicly.

His statement targets Jonker, an experienced official, and has run the risk of punishment from World Rugby.

Earlier in the week, the governing body handed out a two-month ban to South Africa’s director of rugby Rassie Erasmus for his public criticism of Australian referee Nic Berry’s performance in the first Test between the Springboks and British and Irish Lions.

At the time of Erasmus’ criticism Rennie said he did not believe Berry deserved to be treated like that.

Cheika believes the Australians can take a lot out of their final tour match despite playing the majority of the game with 14 men and 10 minutes with only 13 men.

“That was their best performance of the tour and they played some really good attacking rugby… even though they’ll be very disappointed, they should be really proud of themselves and the effort they made in a hostile environment,” he said.