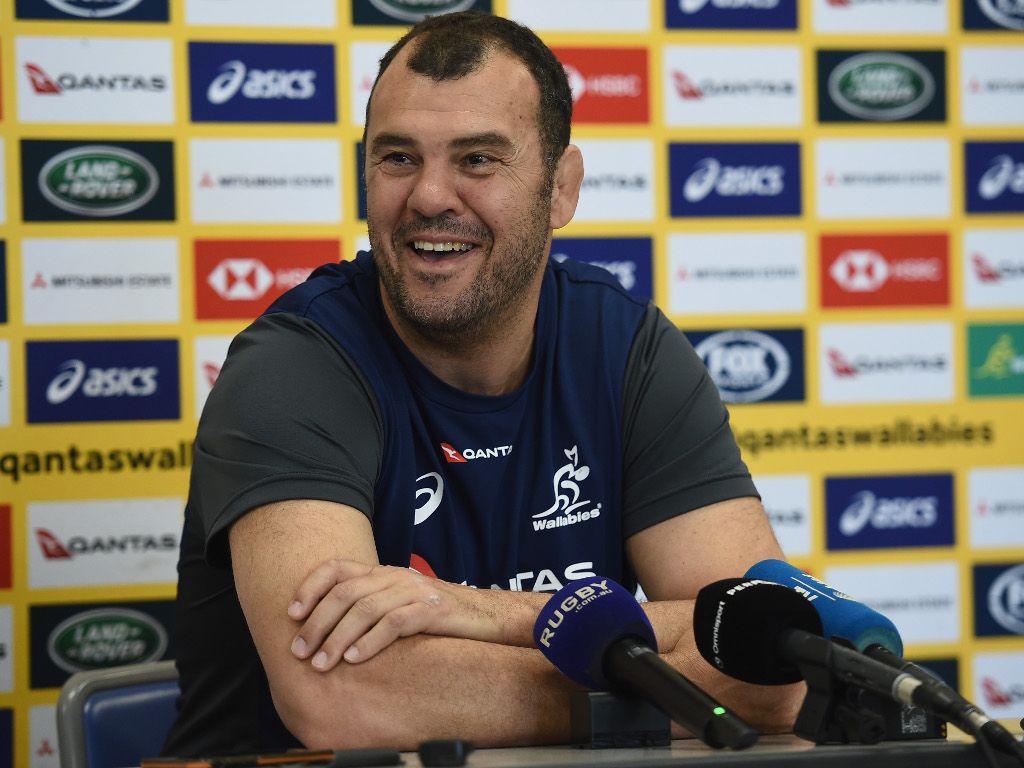 Michael Cheika will stay on as Wallabies coach through to the 2019 Rugby World Cup but his authority will be reduced with Scott Johnson joining Rugby Australia as director of rugby.

Johnson, who is currently Scotland‘s director of rugby, has signed a three-year contract to return to Australia once the 2019 Six Nations wraps up in March next year.

Cheika will report to Johnson, the first time in this role that he will answer to someone other than the CEO, and the pair will make up part of a three-person Wallabies selection panel.

The third person of that panel will be announced early next year and will come from outside the existing setup.

The return of former Wallabies assistant Johnson was unveiled as part of a host of tweaks to the “high performance structure” with the confirmation of a fighting fund for the next generation of players and the biggest shift in Australian rugby towards the centralised model of New Zealand and Ireland.

The only confirmed change to the Wallabies structure on Monday was the addition of Johnson as Rugby Australia’s director of rugby, overseeing the national program.

Johnson was an assistant coach with the Wallabies in 2006 and 2007, and held assistant and head coach roles with Wales and Scotland as well. He has been SRU’s director of rugby since 2013, and has helped the Scots climb to fifth in the world rankings.

Exactly how Johnson’s role will balance with Cheika remains to be seen but Rugby Australia CEO Raelene Castle said it would leave the current Wallabies coach to focus on the on-field aspects of the national side.

“That will be something they will work through,” she told Rugby Australia’s official website.

“That’s where, the relationship, yes they will work closely together but Michael will be leading the on-field elements of the Wallabies.” 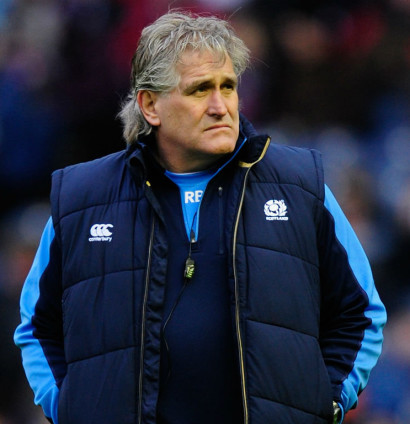 Johnson and Cheika will make up two of a three-person Wallabies selection panel, a significant shift given that much of the criticism of Cheika has come in his selections in recent times.

Castle said Rugby Australia had already considered options for the third person on that panel and expected an appointment to be made early next year.

“We’ve identified some names that would be appropriate to fill that slot – we haven’t had discussions with any of those people yet but that will be something we’ll do over the next couple of weeks,” she said.

Rugby Australia has been working with Scotland to confirm Johnson’s release, something Castle said was only confirmed last week, and he will not land on Australian shores until March next year once the 2019 Six Nations has wrapped.

Castle said Cheika had not lost the support of the Rugby Australia administration, despite public calls for change among the Wallabies outfit.

Johnson’s appointment was with a view to the era beyond Cheika as much as the present setup, though it may have a noticeable effect on the 2019 season.

“He continues to have the support (of Rugby Australia),” said Castle.

“This has been a piece of work that we’ve been working for more than 12 months, a recognition that we need a system that was strong and sustainable and worked outside a Wallaby coach on his own.

“We’ve had a system whereby we’ve had a coach who’s gone, got sacked, so then a lot of the (Intellectual property) has walked out the door with him.

“This system’s designed to make sure you’ve got a coach over here, that’s important.

“This is a structure that will go forward and work for any coach appointment in the future as a Wallaby coach but the IP in the system actually stays inside the structure as opposed to it leaving with the Wallaby coach.”

Cheika said in a statement that he supported the move.

“It’s a great move for Australian Rugby and I know it will prove to be the best long-term structure for the game in this country,” he said.

“I’m looking forward to working with Scott and finishing the work that I started by making Australians proud of our performance.” 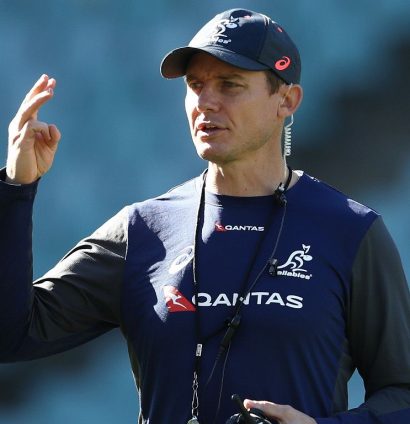 While Cheika’s future has been guaranteed through to the end of next year, the door has been left open for Johnson to make changes to his assistants Simon Raiwalui, Stephen Larkham, Nathan Grey and skills coach Mick Byrne.

Castle said Cheika had recommended changes to the Wallabies set-up in his end-of-year presentation and would put those to Johnson before his official start date.

“I would expect Scott and Michael to start discussing this immediately.”

Cheika is well-known for his loyalty but Rugby AU chairman Cameron Clyne said the ultimate call on the coaching staff for 2019 would be between Cheika and Johnson.

“It’s up to Michael and Scott to discuss,” he said.

“That’s what you want, you want people who understand and know rugby running the program, that’s the structure we’ve announced today.”

There is no timeline set for when that decision will be made as yet, but a change of assistants appears to be the only possible shift beyond Johnson’s appointment when it comes to the Wallabies fold.

Clyne said there was no panic about making that call despite the World Cup looming less than a year away.

“We’re comfortable with, we don’t play the first Test match until July next year, we have a continuous Super Rugby season next year so there’s four months before we actually play a Test,” he explained.

“We’re comfortable that we can manage that time.

“I think the thing that’s really difficult is that fans also need to understand that we’re dealing with people’s lives here and we need to make sure that we go through a proper review process so that we give those people the best chance to put their case forward.

“He has identified some changes he’d like to make but we need to follow some good process but part of that is discussing that with Scott and there will be some announcements in due course but we wanted to make sure we show those people the respect of the process.”