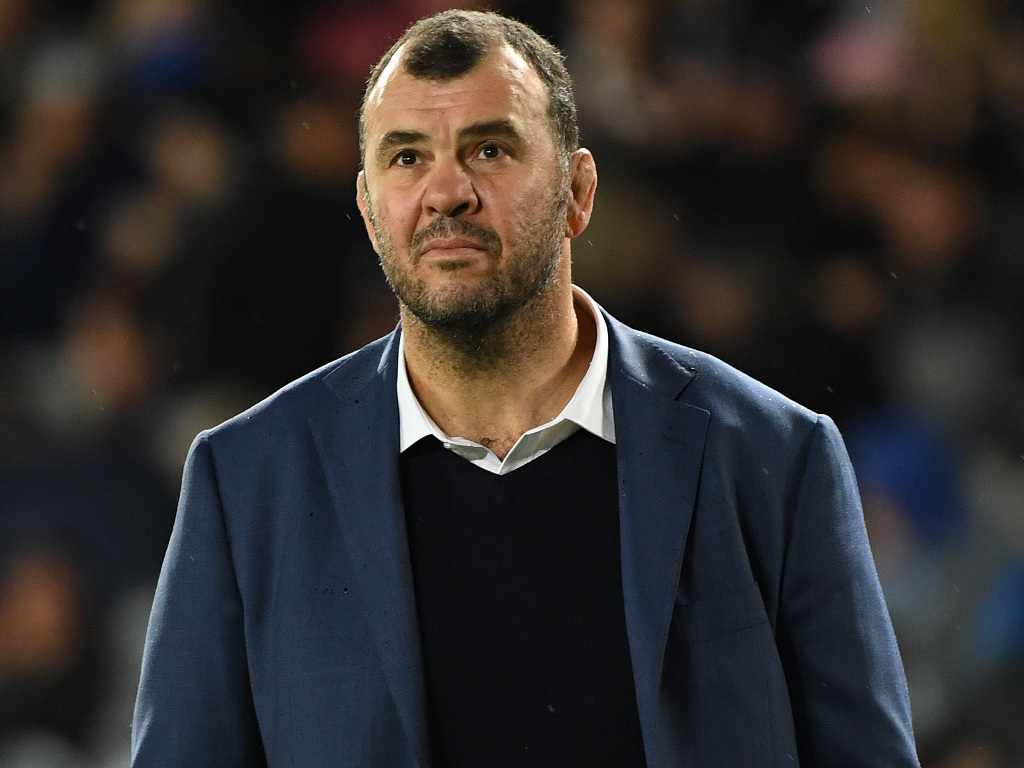 Wallabies boss Michael Cheika has hit back at criticism that his team are not across World Rugby’s high tackle decision-making framework, saying it is a document for referees and isn’t required to teach players to tackle legally.

High tackles are dominating the news agenda at the Rugby World Cup and Cheika used the three-week ban for Wallabies utility back Reece Hodge this week to draw already circled wagons in a little tighter, revealing he’d talked to his players about it being part of an “us versus everyone else” mentality.

The Wallabies are still considering an appeal for Hodge after he was suspended for three weeks on Wednesday for a dangerous high tackle on Fjii’s Peceli Yato in the opening game. They have until midday Saturday.

More high tackles were in the headlines on Friday after Samoa’s Rey Lee-Lo and the USA’s John Quill were also suspended for three weeks each while England’s Piers Francis is set to front the judiciary after being cited on Thursday.

Cheika took issue with the World Rugby judiciary panel noting in the Hodge judgement it had “general concern” the Australian winger said he had “no effective knowledge” of World Rugby’s decision-making framework on high tackles, and “had not been trained on it”.

The judiciary panel’s comments sparked criticism of Cheika and the Wallabies but the head coach began his team naming press conference on Friday by pushing back at allegations of negligence.

“I wanted to just say something at the start about some chat around that the framework wasn’t spoken to about to the players, it came out in the judgement, he put it in there, the judge. I want to make a couple of points from me,” he told reporters.

“The framework is for referees, not for players, to decide whether there are yellow or red cards in the game. And I think they are using that framework very well in matches, myself.

“I’m not sure where that chat is coming from or why but I just want to get it out there that we don’t need the frame work to tell us where to tackle.

“We’re not teaching anyone to tackle anywhere else except the middle where we can dislodge a ball.”

Cheika said Hodge had been nervous in his hearing and his answers in evidence on the framework reflected that.

Hodge later told Wallabies officials he knew the framework, but likened it to knowing the drink driving limit is 0.05 but not knowing the high range limit because he would never drink drive.

Cheika said Wallabies players were across the high tackle framework – which spells out the escalating elements and aggravating features of dangerous contact – and had been briefed on it this year by World Rugby referees boss Allain Rolland.

“Alain Rolland came out when we were in Brisbane playing Argentina. So I’m really not sure where that came from and why they put it into the judgement,” added Cheika.

“The guy (Hodge) is already nervous enough as it is. There are people starving out there and we’ve had to fly a QC over. He’s in that mode.

“When people are asking you questions and you’ve done nothing wrong you’re nervous. So you may not have all the answers at the tip of your tongue like that either.

“I don’t particularly want to talk about it a whole heap today. I think there is a part of it that I have spoken to the boys about it. There is a bit of us versus everyone else, you know and we know that. So we are not going to let it derail us.

“We’ll just suck it up and get focused on what’s important, and that is the match on Sunday. We wanted no obstacles to derail us and we are not going to let them get to us. We’ll just concentrate on our footy and do the best we can on Sunday for Australia.”

🗣️ "It was deemed the entry point for the offence was six weeks, reduced to three weeks."

Asked if World Rugby should factor in the actions of the ball-carrier in high tackles, Cheika moved quickly to avoid weighing into the topic and added World Rugby wouldn’t want to hear from him.

“I love your chat but that is up to you guys. I’m dead-set, I swear, I’ve come from day one, every game is a grand final and me personally I’m not going to be put off course from that by anyone, not the man chairing the hearing or what anyone else says,” he explained.

“So as disappointed as Reece is, I don’t really care whatever World Rugby are doing. I can tell you right now, if there is one bloke World Rugby is not listening to its me … no matter what language I speak to them in.

“So I’m respected by my players here and together we’ll just get on the field on Sunday and start battling away.”