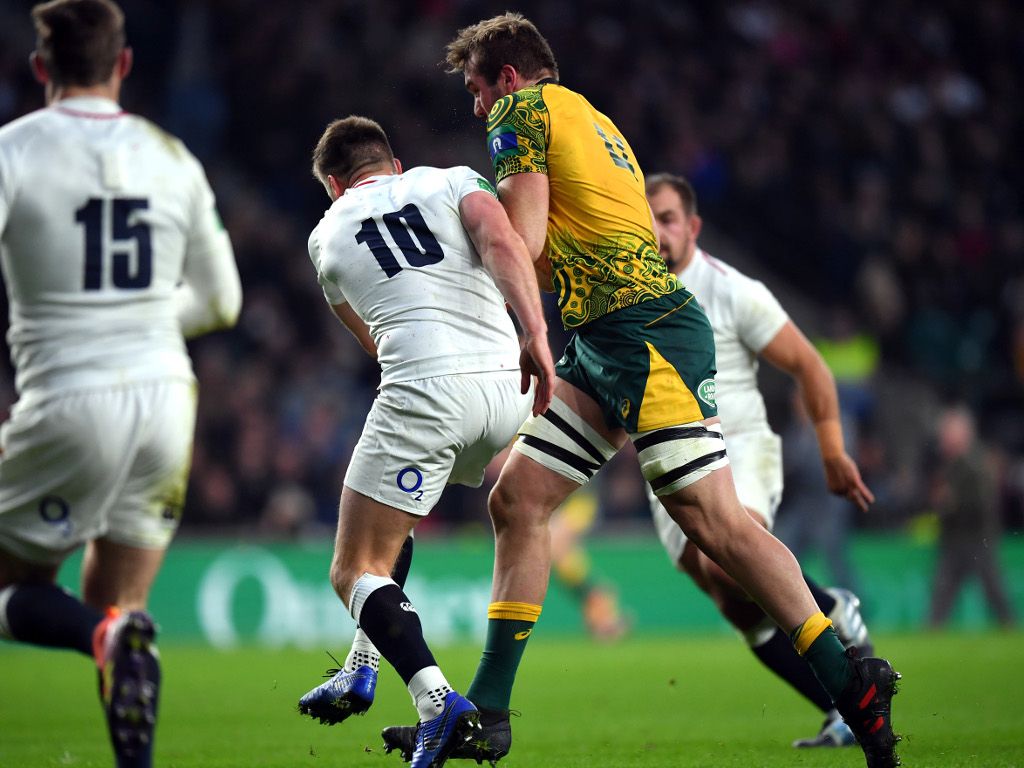 Australia head coach Michael Cheika was furious with the decision by referee Jaco Peyper not to penalise Owen Farrell for an apparent illegal tackle on Izack Rodda during the 37-18 defeat on Saturday.

Rodda was charging towards the line when the England fly-half hit the second-row without wrapping his arms, stopping the lock in his tracks.

With Farrell the final defender, the consensus was that a penalty try and yellow card should have been awarded, which would have given the Wallabies the lead going into the interval.

“The justification that Rodda tried to take him on with his shoulder is ludicrous,” an irate Cheika said. “That’s what the referee said. That’s what you do when you carry the ball.”

“I went to the referees’ meeting they had here in the first week before the Wales game, and they referred back to the Owen Farrell tackle against South Africa.

“The referees left Angus Gardner out to dry by saying that that should have been a penalty in front of all the coaches. And if that’s a penalty, this is three penalties.

“We had three tries disallowed and not one sent for referral. Maybe we need to move Australia to the northern hemisphere.”

Meanwhile, Cheika’s opposite number, England boss Eddie Jones, continued his policy of refusing to criticise the officials after the controversial call.

The Red Rose were denied a match-winning try against New Zealand two weeks ago and Jones effectively repeated what he stated following that encounter.