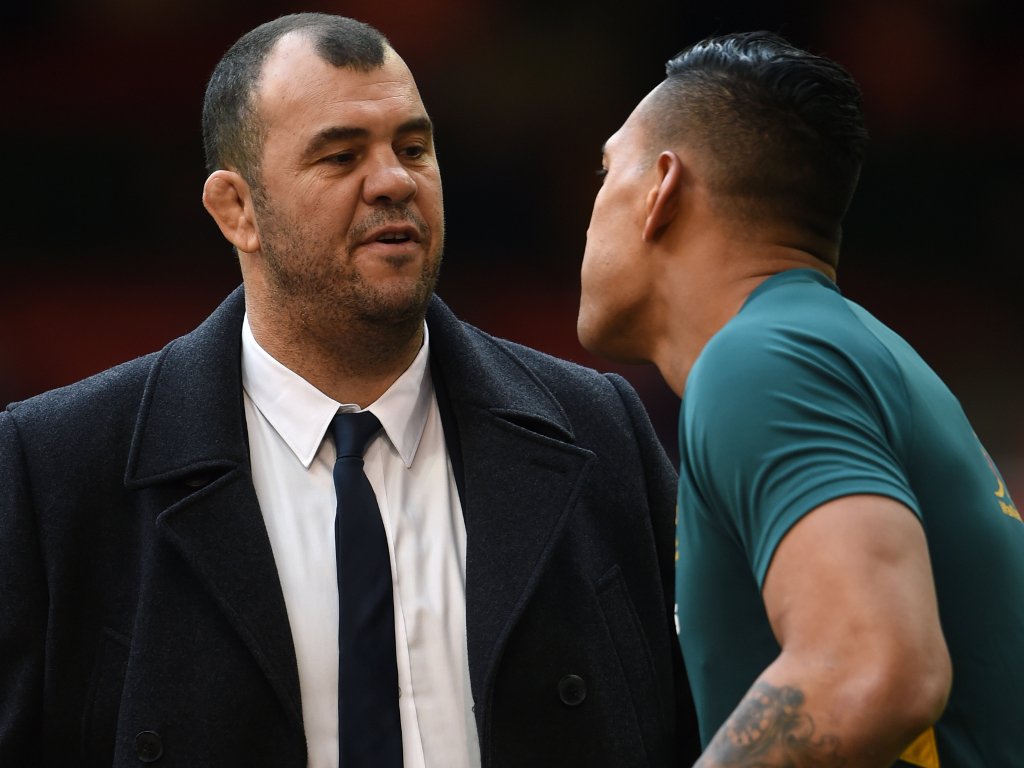 According to an AAP report, Cheika broke his silence on Folau’s sacking at a Randwick Rugby Club luncheon in Sydney on Friday.

“It’s pretty easy from my point of view. It’s something I’ve learnt from here,” he said.

“So for all those guys sitting up the end there in their team kit getting ready to play, one thing I’ve learnt here is the team’s king.

“When you come to Randwick, you come to play the Randwick style and you are no bigger (than the team) – and we had some big names in our team and they all did everything for the team.”

While coaching the Waratahs in 2013, Cheika signed code hopper Folau from Australian Rules Football before the duo had great success at Super Rugby level when the Sydneysiders won the competition in 2014.

Cheika is disappointed that the Folau saga proved to be a distraction to the Waratahs’ Super Rugby campaign this year, especially during a Rugby World Cup year.

“I’ve had a good relationship with Israel for a long time now. The only thing for me is the team has to concentrate on the game,” he said.

“And once that focus is not there completely, you have to either make the sacrifices to make that the No.1 focus.

“And that’s it. Nothing to do with content, nothing to do with anything. It’s just about the team is the most important thing and anything that can distract a team from achieving its goals, you have to deal with one way or another.

“Not always this way… it is unfortunate how it ended up but something had to give in that situation.”