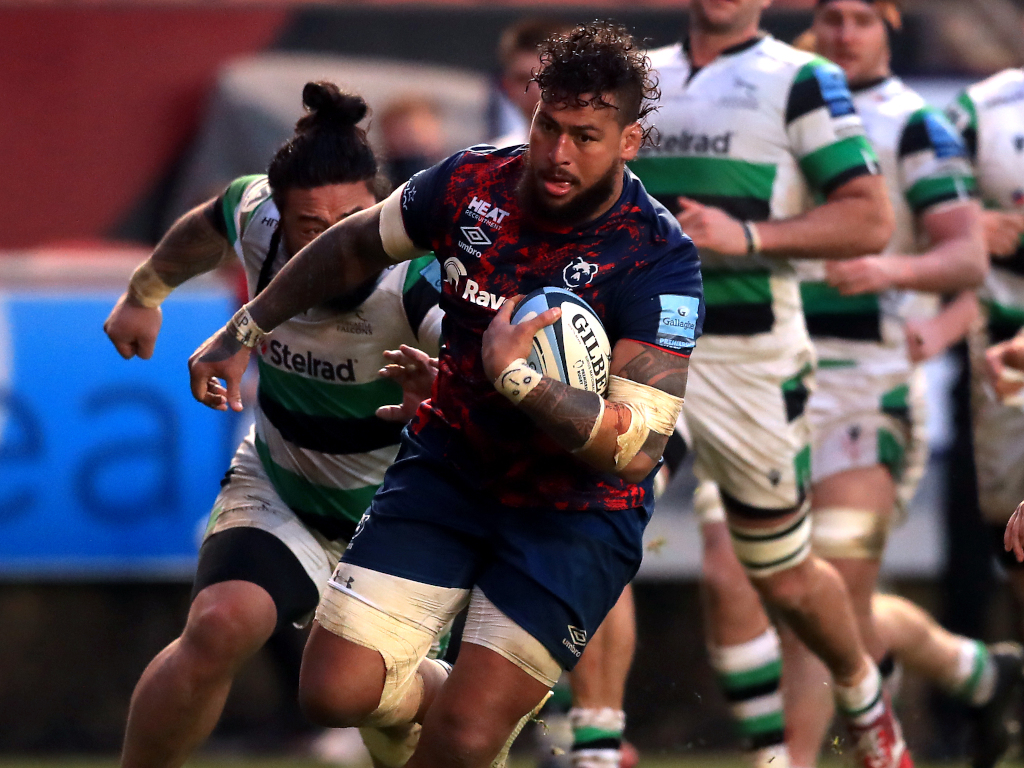 Dean Richards’ side have had a fine start since returning to English rugby’s elite and they scored three tries through George Wacokecoke, Mark Wilson and Philip van der Walt.

They ended up on the wrong side of the final score but Richards will know his team could well have won as Bristol were pushed all the way on a freezing afternoon at Ashton Gate.

Bristol were forced into fielding a green front-row with little Premiership experience after the six forwards who played in those positions against Harlequins were deemed Covid-19 close contacts.

They went ahead with just 43 seconds on the clock as wing Naulago crossed for his first Bears try after Newcastle full-back Tom Arscott’s pass was intercepted by Callum Sheedy who raced clear.

He would likely have made the line but flying former rugby league wing Naulago was in support, with Sheedy converting for the perfect Bristol start.

Newcastle’s forwards laid the platform for Wacokecoke to score when the ball was spread wide and the centre made the most of Sheedy’s missed tackle.

Toby Flood could not convert and Bristol hit back with a try from full-back Piutau on his return to the side.

The former New Zealand back picked up well after his forwards did the hard work and Sheedy added the extras.

Despite being behind, Newcastle’s pack was on top and Bristol lock Dave Attwood was yellow carded for illegally sacking a Falcons maul.

Jamie Blamire was held up over the line but the second Newcastle try finally arrived with the last play of the first half as captain Wilson was driven over from close range to make it 14-10 at the break.

Absolutely sensational stuff from the Bears! 🤯😳

…but it wasn't meant to be, as Semi Radradra is ruled to have made a forward pass! 🙅‍♂️ pic.twitter.com/R1DOr7xmuH

Bristol started the second half as they did the first and Hughes was the scorer from a neat lineout, with Sheedy again improving the effort.

Matias Orlando looked certain to score after fine stepping work by Blamire but he was held up, a fact confirmed by television match official Graham Hughes.

Newcastle refused to go away as Van der Walt crossed from close range and this time Flood could not miss from underneath the posts.

Bristol introduced Luke Morahan and Harry Randall but both backs could only stand and watch as Kloska helped them relieve some pressure when he was driven over the line.

Sheedy’s kick hit the post before Bristol then had a stunning try finished by Hughes chalked off.

The Bears stole a lineout and Semi Radradra, Ioan Lloyd and Randall were all involved as they went the length of the field. Hughes finished it off but play was pulled back for a forward pass from Radradra to Lloyd.

Newcastle kept going late on but could not turn the tables and Sheedy’s late penalty made the game safe.