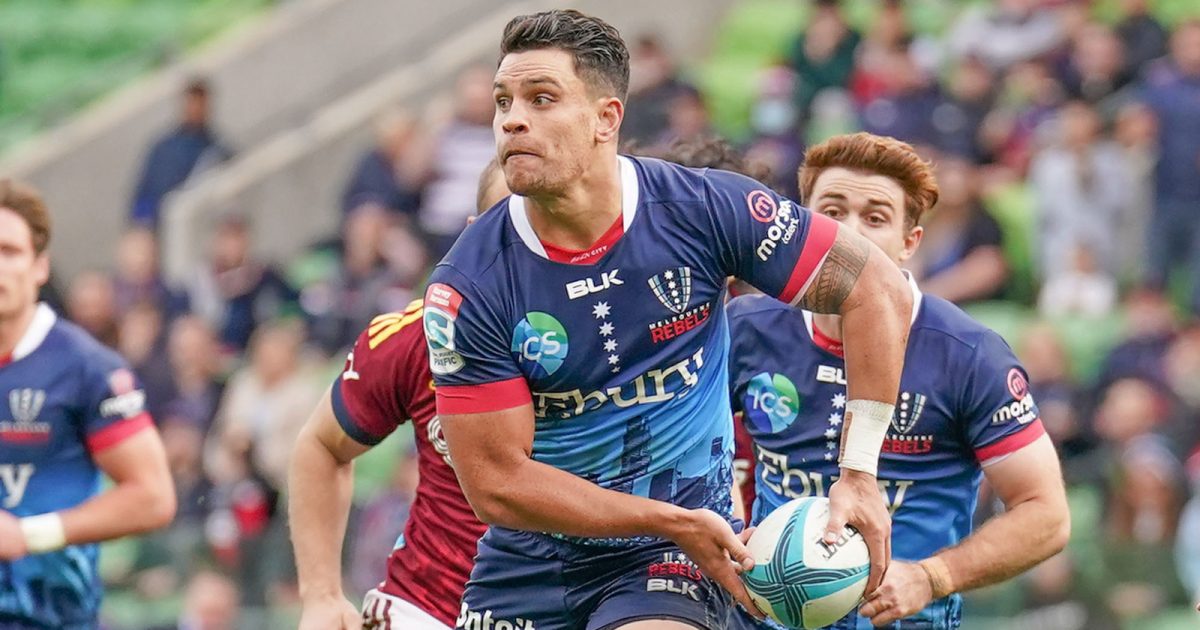 The Rebels have announced that experienced Wallabies fly-half or centre Matt Toomua will leave the franchise to pursue an opportunity abroad.

The 32-year-old signed for the Melbourne-based outfit in 2019 and has been a maintstay of the squad since.

Toomua has earned 59 Wallabies caps and played at two World Cups since making his international debut in 2013.

He began his career at the Brumbies and remained there for eight years before signing for Leicester Tigers.

“Matt arrived at the Rebels midway through 2019 and made an immediate impact on our playing group,” Rebels CEO Baden Stephenson.

“He remains a popular and highly respected figure at our Club and someone who did an almighty job leading the Rebels through an intense period of instability and change during our COVID-impacted 2021 campaign, when our Club was forced to relocate for a second straight season.

“Matt’s work ethic, detail, leadership, and generosity were hallmarks of his tenure at the Rebels, and he leaves having been a Club Captain and an important member of our maiden finals team in 2020.

“From everyone at the Melbourne Rebels and Rugby Victoria, we thank Matt for his service and wish him all the very best in the future.”

Brett Cameron back in New Zealand

Meanwhile, on the other side of the Tasman Sea, ex-Crusaders fly-half Brett Cameron has agreed a deal with the Hurricanes.

The playmaker played for the Christchurch outfit between 2018 and 2020 before moving to Japan, joining the Kamaishi Seawaves.

Having spent the 2022 campaign in Asia, Cameron will return to Super Rugby Pacific ahead of the 2023 season.

“Being from Whanganui, the Hurricanes are the team I grew up supporting, and I’ve always loved the way they play,’’ Cameron said.

“I’ve been speaking to some of the guys in the team, and it’s exciting to hear the direction the club is heading in from a culture perspective, so I’m just really excited to get amongst it and see what the team is all about.”

Hurricanes head coach Jason Holland added: “He is a talented player with a great skill set, a good kicker, and punts well, but he is also a real threat at the line. He is an athlete who makes really good decisions.”