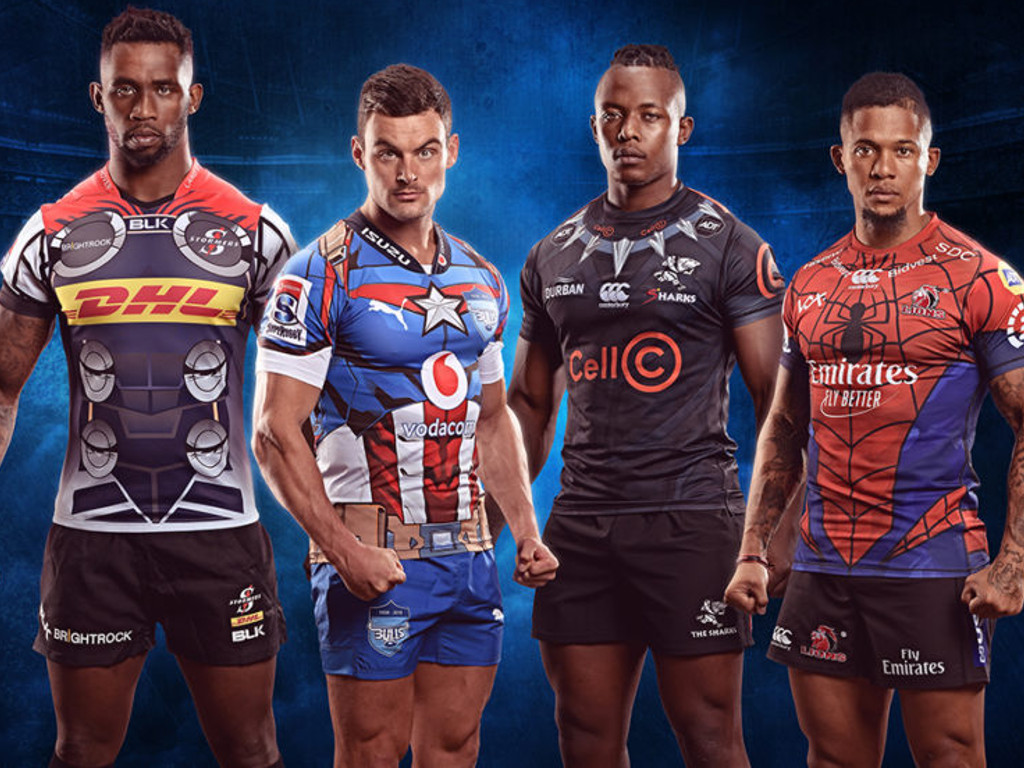 The Super Rugby double-header will be the first time that the four local franchises will wear their new Marvel-inspired jerseys. The jersey designs have each been meticulously crafted to reflect the superheroes the South African teams will represent while also staying true to each team’s already iconic colour identity.

The Lions will be dressed in the familiar webbed suit of Spider-Man; the Sharks will adopt the Black Panther look; the Stormers will be looking to hammer their opponents in the colours of Thor; and the Bulls will shield all attacks thrown their way as Captain America.

The jerseys will be exclusively worn in most South African derbies. The teams will wear in their usual jerseys for matches against international opposition.