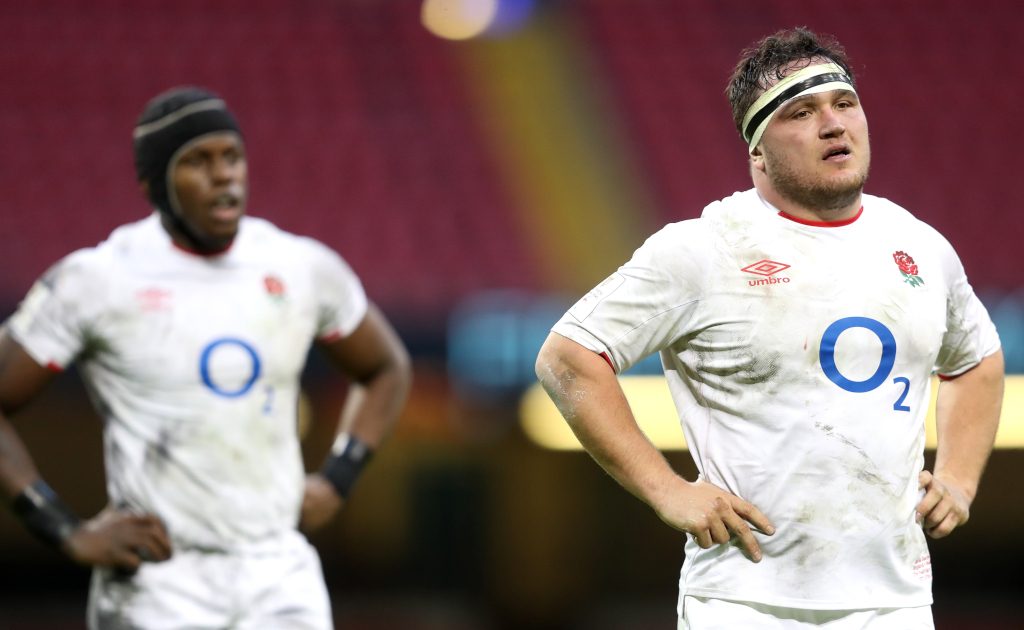 England hooker Jamie George has urged lock Maro Itoje to continue playing on the edge as the team look to rescue their Six Nations campaign.

Itoje has been Eddie Jones’ standout performer during the opening three rounds but his indiscipline has proved costly, conceding a total of 10 penalties with five of them occurring in the 40-24 defeat by Wales that ended the champions’ title defence.

Jones has stated that Itoje is firmly in the cross-hairs of referees and George insists that with some adjustments, his Saracens team-mate will continue to be a destructive force for the final two fixtures against France and Ireland.

“Maro’s one of the most confrontational players I have ever played with – it’s his game and it’s what makes him one of the best players in the world,” George said.

“Maro is the sort of bloke who is clever enough to know what a borderline penalty is and what he can and can’t do. I’ve got no doubt that he’s going to learn his lessons.

“On a different day, those borderline penalties might not have been given and Maro might have got man of the match and we’d be singing his praises. It’s a fine line.

“My message to Maro, not that he needs it, is that he should obviously learn his lessons but that can’t take away from the intensity and the way he plays the game.”

Defeats to Scotland and Wales have left England to adopt a damage limitation approach to the visit of France in a week’s time and the final-day trip to Dublin knowing that they can not retain their crown.

A dismal campaign in 2018 saw Jones preside over a fifth place finish, the nation’s worse performance since the 1980s, but with two tricky fixtures to come they could dip below even that two-win campaign.

Before crumbling in the final quarter, England had produced their best rugby of the tournament at the Principality Stadium that included eye-catching flourishes in attack and it is this realisation that will drive them on against France.

“We will be hurting from Wales and looking to put in a serious performance. We need to win the last two games, it’s pretty simple,” George said.

“It’s hugely disappointing to have lost the games that we have, but at the same time we are playing against a French side who are considered one of the best in the world at the minute.

“And then we play Ireland who are looking like they are back to their best, so they are two great opportunities for us.

“One of the goals we had when we came into this campaign was to put smiles on people’s faces and we haven’t done that. Well, I don’t think we have.

“So we’re looking to do that and keep it at the forefront of our minds. We’re still desperate to beat France and Ireland.”