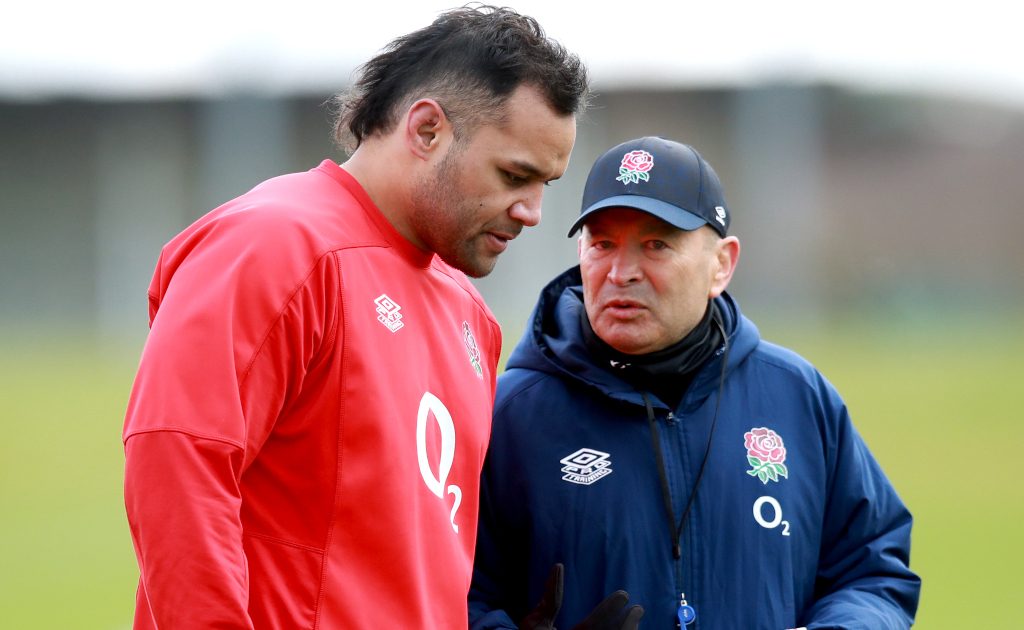 Saracens director of rugby Mark McCall has admitted that he will be surprised if three of his best players are not included in England head coach Eddie Jones’ squad for their upcoming Autumn Nations Series Tests.

Impressed in win over Bath

Jones names his squad for their Tests against Tonga, Australia and South Africa on Monday and it comes on the back of impressive performances from the Saracens trio during their team’s 71-17 thrashing of Bath in a Premiership encounter at the Rec on Sunday.

George scored two of Saracens’ 10 tries, while the Vunipola brothers were also prominent in a ruthless dismantling of the West Country club.

Their England colleague Maro Itoje, meanwhile, was on the scoresheet as he made his first Premiership start since October last year, although he went off early in the second half after taking a blow to his shoulder as Jones watched from the Recreation Ground stands.

On Itoje, McCall said: “I am not sure if Maro is a shoulder or a pec. We are just trying to find out how serious it is.”

Bath’s England wing Anthony Watson also exited early, and Bath rugby director Stuart Hooper said: “It’s definitely his knee, but I don’t think it is too bad. I think he is all right.”

Saracens racked up a remarkable 45 points in the first half through George’s double, another two from wing Max Malins and one each by Itoje and flanker Ben Earl.

Full-back Tom de Glanville, back-row forward Tom Ellis and wing Will Muir claimed Bath consolation scores, and Danny Cipriani added one conversion, but it was a horrible afternoon for the west country club.

Asked would he be surprised if the trio did not make the squad, McCall added: “Amazed. Everybody would be with the way they played today.

“If Eddie wanted to see if they had the motivation and desire to still play for England, then they showed that today. I thought Owen (Farrell) was brilliant today as well.

“I thought Billy was unreal. Mako as well. The two of them were to the fore in the defensive sets.

“There is a new squad tomorrow, and I expect to have a lot more players back in it. They deserve to be there after the way they played today.

“It was how physical, confrontational we were, dominating the gain-line. We’ve got players who can make things happen.”

It was the most points Bath have conceded in a Premiership game, and a fourth successive defeat represents their worst start to a league season for 20 years.

Hooper said: “It’s as bad as it gets, what we’ve seen there today, and our responsibility is to stand up and be counted.

“It is too easy to turn your back and have a conversation in the corridor. Let’s front it up.

“It’s gone really badly today. That pain we feel right now, we need to feel it. I don’t believe you can just forget about it.

“My motivation for this job has always been the same, and it’s about this great club, supporters and the players.

“There will be questions from everywhere about me, my players and my staff, but the important thing is we keep looking each other in the eye and feel this pain together, then move on.

“Nobody woke up this morning and wanted to see that or deliver that. It’s a tough situation, and it hurts. Professional sport at times is amazing, and at times it’s brutal.”

Meanwhile, Gloucester head coach George Skivington was full of praise for his team’s defensive effort after they launched a fightback which helped them seal a 25-25 draw against London Irish at the Brentford Community Stadium on Sunday.

The Cherry and Whites found themselves under the cosh for long periods and were trailing 14-0 midway through the opening half and 17-6 soon after half-time, but kept their cool and finished strongly by scoring three tries in less than 15 minutes.

Ben Morgan (2) and Louis Rees-Zammit crossed the whitewash while Adam Hastings added two penalties and as many conversions.

For the Exiles, Agustin Creevy, Isaac Curtis-Harris and Matt Rogerson scored tries with Paddy Jackson succeeding with a couple of conversions and two penalties.