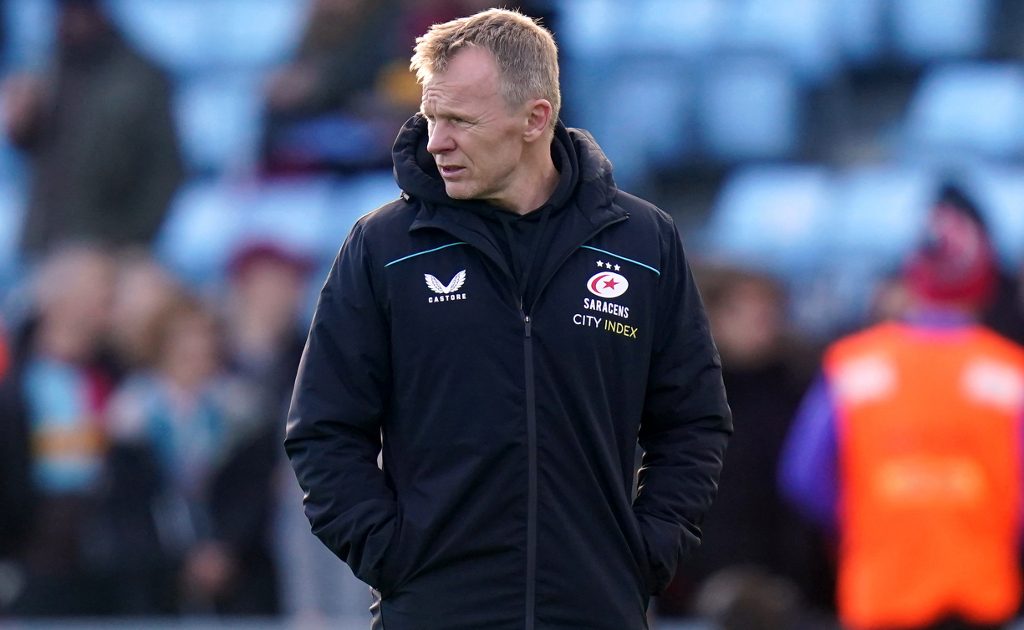 Saracens director of rugby Mark McCall was left frustrated by his team’s disciplinary lapses during their 18-15 defeat to Exeter Chiefs in Saturday’s highly anticipated Premiership encounter at Sandy Park.

Referee Luke Pearce punished Saracens on four separate occasions for dissent with England number eight Billy Vunipola blown up in quick succession which resulted in Sarries being marched back 20 metres after conceding a penalty.

“We were let down today by inaccuracy and ill-discipline,” McCall said after the match. “We were marched back three times, which is not good enough.

“It cost us points and it cost us decisions later because you are on the wrong side of the referee and things you deserve you don’t get.

“Maro (Itoje) was over the ball a couple of times on the halfway line and we got nothing, which is probably because of how we had behaved earlier.

“I can’t (put my finger on it). One or two of the players, which I won’t name, have already apologised to their team-mates afterwards because they recognise that it’s not what we need.”

While the eagerly-awaited contest fell below expectations in terms of its overall quality, Exeter took charge at key moments to inflict only a second Premiership defeat this season on Saracens.

Centre Alex Lozowski supplied all of Saracens’ points through five penalties, but a losing bonus point was all his team collected.

McCall added: “Physically, we were great. Our collision work in defence was outstanding.

“Our defensive set towards the end of the game was special, but we want to be more than a physical team, and we didn’t use the ball well enough, especially in the first half.”

The game had been billed in some quarters as a grudge match, with Saracens making a first trip to Devon since returning to English rugby’s top flight after being relegated last year and fined more than £5million for persistent salary cap breaches.

Exeter lost the 2018 and 2019 Premiership finals to Saracens at Twickenham, and they did not hold back in subsequent criticism of their fierce rivals as the full salary-cap saga unfolded.

It raised the ante for a sold-out showdown, but it was more workmanlike than spectacular throughout the 80 minutes as Exeter prevailed.

Asked about Saracens’ indiscipline, Exeter rugby director Rob Baxter said: “I wasn’t listening to the referee’s comments, but any opposition frustration during the game normally comes from feeling under pressure.

“They don’t need to complain if things are going their way. That’s what you’ve got to do – create a pressure game of rugby.

“If you do, you give yourself a chance to come out on the right side of things.”

Reflecting on the victory, Baxter added: “It felt like a proper Premiership game of rugby.

“Both teams went hammer and tongs and were probably a little bit afraid to lose it, but were both desperate to win.

“I am just proud of the guys and that little bit of fight they had in everything they did. That ultimately made the difference.

“It was a step up in everything from us. We made plenty of errors, as did Saracens, but we had the determination to bounce back from disappointment and keep working hard.

“I know a lot of people want to drive the Exeter versus Saracens thing, but for me it was important to play well against one of the teams who are going to be in or around the Premiership top-four all the season.

“We’ve got to show we can knock those guys over.”

Although a hat-trick of tries from Ollie Hassell-Collins played a big part in London Irish’s 43-21 victory over Newcastle Falcons on Saturday, Exiles’ director of rugby Declan Kidney preferred to focus on the team rather than any individual after the match.

Irish continued to show improvement in the Premiership by crossing for six tries in their victory at Brentford Community Stadium, with Hassell-Collins displaying his impressive finishing abilities.

Kidney said: “We don’t care who touches the ball down, as long as somebody does.

“Ollie has been motoring well for us and I’m glad for him, but all of those tries were good team tries. I was pleased with how we kept playing, and that’s what we need to do: we just need to keep playing.