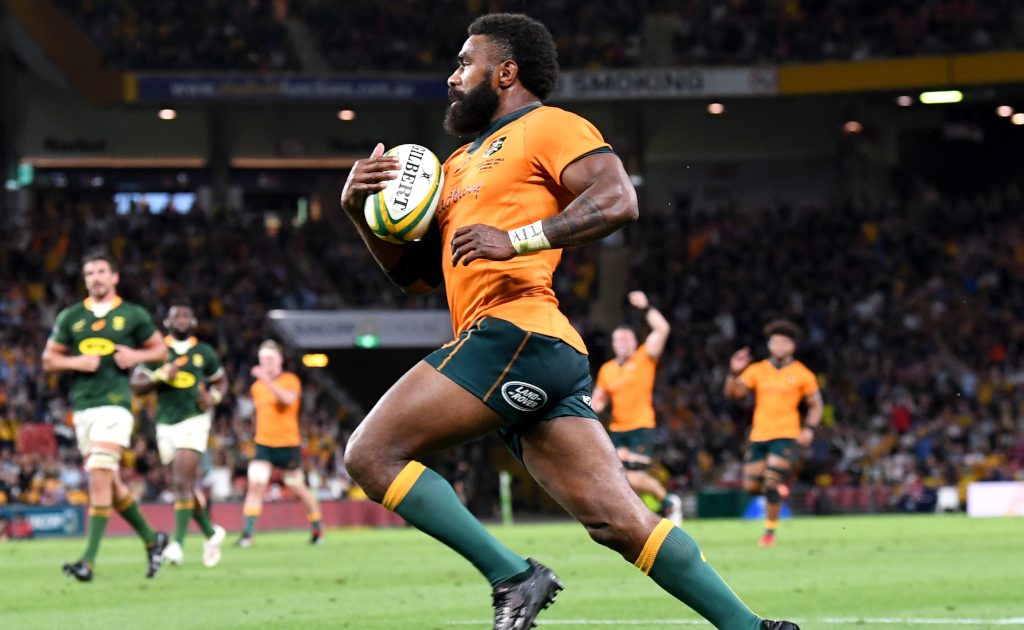 Wallaby wing Marika Koroibete believes he will be a much improved player when his country go up against England during their three-Test series in Australia in July.

Koroibete will be one of three overseas-based players who are allowed to be included in Wallabies head coach Dave Rennie’s squad and said he is relishing the opportunity of adding value at Test level.

“It will be a good experience. I will bring back a lot. I’m looking forward to it,” Koroibete told AAP from Japan.

The 29-year-old left the Melbourne Rebels to join Saitama Wild Knights (formerly Panasonic Wild Knights) and made an immediate impact in his new surroundings.

He impressed during the inaugural Japan Rugby League One tournament and delivered a try-scoring performance for the Wild Knights during their 18-12 victory against Suntory Sungoliath in the final on Sunday.

Koroibete played under Robbie Deans at the Wild Knights and credits the former Wallabies head coach for helping him to become a better player.

When asked which specific areas of his game he improved on, the former rugby league star said: “Getting my detail right. I’ve been working on my catch and pass, my decision-making under pressure. I have been given a licence to play what’s in front of me. It’s great. I’ve been given the freedom to roam on the field.”

Initially, there was some uncertainty over Koroibete’s future at Test level after he made the move to Japan as Rennie could not guarantee that he would select players who ply their trades outside of Australia.

But Rennie is set to select Koroibete for the series against England alongside veteran fly-half Quade Cooper and experienced centre Samu Kerevi, who also play their club rugby in Japan.

“He called me and we’ve been chatting about how I’m liking Japan and how the rugby is going,” said Koroibete.

“We had a conversation if I am still keen to come over and play in the England series. It will be good to go back and visit Australia.”

Meanwhile, Deans believes Koroibete will do well for the Wallabies against Eddie Jones‘ troops.

“Players want passionate people, enthusiastic people, positive people and Marika is all of the above.”