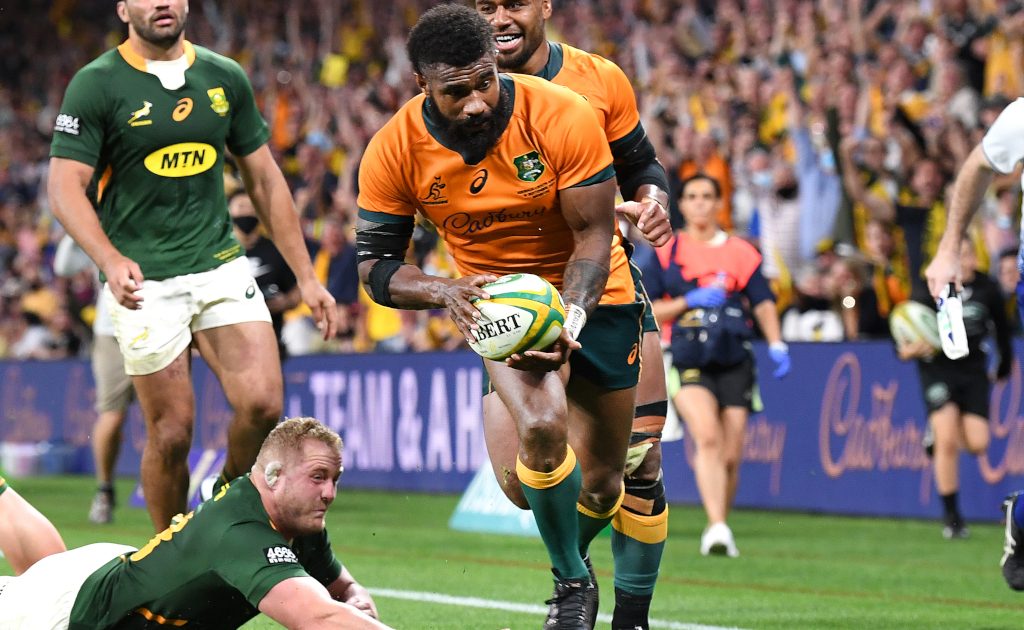 Marika Koroibete will not be part of the Wallabies’ entire end-of-year tour of the northern hemisphere after opting to stay in Australia following the birth of his third child.

“We’ve been discussing it for a while,” Rennie told AAP.

“We let him go home a week early during the Rugby Championship. Covid has thrown a lot of curve balls at all of us. Obviously, Marika has been away from home for a long time.

“(His wife) Emma’s pretty isolated down there. They’ve had a newborn baby, and a couple of other young boys. Based on those situations, Marika has chosen not to tour.”

There is still uncertainty whether Koroibete will be in action at Test level again. The 29-year-old has represented Australia on 42 occasions which makes him ineligible to play for his country while based overseas due to the Giteau Law, but Rugby Australia has relaxed that restriction on some occasions recently.

However, with Koroibete not available for selection, Jordan Petaia and Tom Wright will battle it out to replace him in the Wallabies starting line-up.

“As always, it’s an opportunity, isn’t it? Marika didn’t play the last game. Jordy got the start,” added Rennie.

“It gave Tom Wright a sniff, and he played really well. It’s a position we have a bit of depth in.

“Marika is an unbelievable player with a massive work ethic. And physicality. Big shoes to fill, but we have good depth there.”

Meanwhile, Wallabies back-row Sean McMahon will not be in action in the team’s tour opener against Japan in Oita on Saturday after withdrawing from the squad temporarily for family reasons.

There are also concerns over star centre Samu Kerevi, who sustained a syndesmosis injury during Australia’s final Rugby Championship match against Argentina on the Gold Coast earlier this month.

Both McMahon and Kerevi ply their trade in Japan and Rennie revealed that the Wallabies are in talks with their clubs regarding World Rugby’s regulation nine rule, to navigate their selections for the upcoming tour to Europe.

“Obviously we’ve been talking to both clubs and the relationship side of it is key for us,” he said.

“Technically, from a ‘reg’ nine perspective, players have to be released for national duty.

“But, we’re also conscious that we want to build a strong relationship with a club so we’re talking through that at the moment.”