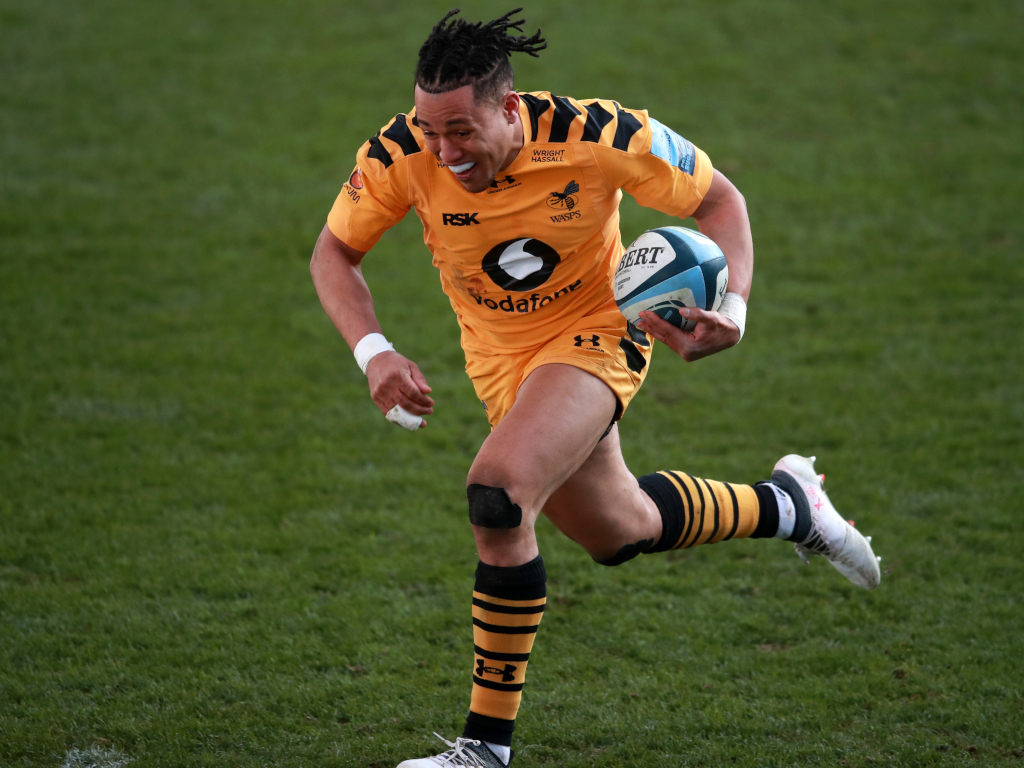 Premiership side Wasps have announced that wing and former England sevens star Marcus Watson has agreed a new contract with the club.

A product of the prolific London Irish academy, Watson began his career with the Exiles and represented England U20s in the 2010 Junior World Cup. He moved to Saracens in 2011 and played in the squad which won the Premiership Rugby 7s before spending three years as an international sevens player.

He returned to the 15-a-side game with Newcastle, signing a two-year contract with the Falcons, and scored an outstanding try against Wasps in a thrilling encounter at Kingston Park, which the visitors won 34-30.

A move to the Coventry-based outfit followed ahead of the 2017/18 season and he enjoyed immediate success in Black and Gold as the club lifted the 2017 Premiership Rugby 7s trophy.

You NEVER give Marcus Watson this amount of room 😂🔥

“I’m excited at the prospect of pushing forward with this team and at having the chance to continue challenging myself,” Watson said. “Not only do we have a great group of people at Wasps, the fans are superb, and I’m delighted to be staying. I can’t wait to be back on the pitch with the boys.”

Equally at home at full-back or on the wing, he has made forty-five senior appearances. His total of 18 tries includes a spectacular solo effort and try of the season contender at Welford Road in March 2019, and a quickfire brace in an away win against Bath (and younger brother Antony), at the end of 2017.

Head coach Lee Blackett added: “Everybody knows the quality Marcus has, he fits in perfectly to the style of rugby we want to play. His ability to beat a defender and finish tries off is unquestioned, but Marcus has also worked really hard on other aspects of his game to become a more all-round player. He is already a regular in the side and the exciting thing is there is still more to come.”