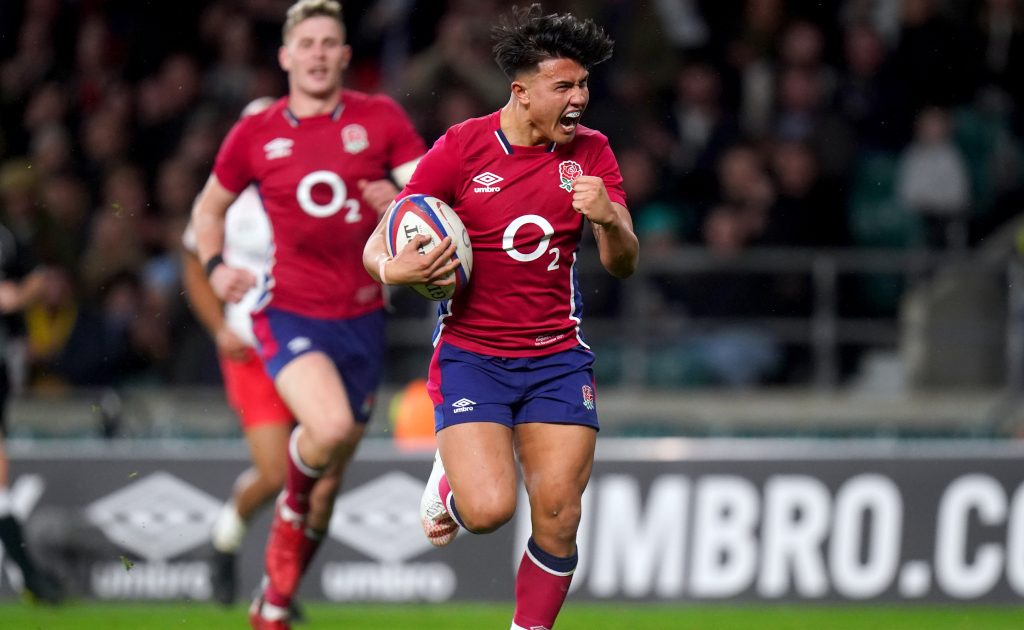 England boss Eddie Jones has caused another surprise by naming Manu Tuilagi on the wing for their Autumn Nations Series clash with Australia.

Tuilagi last played there in 2014 against New Zealand but his selection allows the Red Rose to pick the Marcus Smith-Owen Farrell playmaking axis.

Captain Farrell returns to the side at inside centre, with Henry Slade retained at outside centre following his man of the match display last weekend.

Jonny May joins Tuilagi on the wing, while Freddie Steward is at full-back and Ben Youngs is at scrum-half.

“We know this will be a tough test for us, we’re playing against a team who have been together a while and who have beaten the world champions twice. As an Australian I know how much this game means,” said head coach Jones.

“We’ve had a really good week of preparation, we’re looking to improve our performance this week and I think this side is building well.”

Courtney Lawes stays at blindside flanker, Sam Underhill is at openside and Tom Curry is at number eight.

Bevan Rodd and Raffi Quirke could make their England debuts after being named as replacements. Jamie Blamire, Will Stuart, Charlie Ewels, Alex Dombrandt, Sam Simmonds and Max Malins make up the rest of the bench.