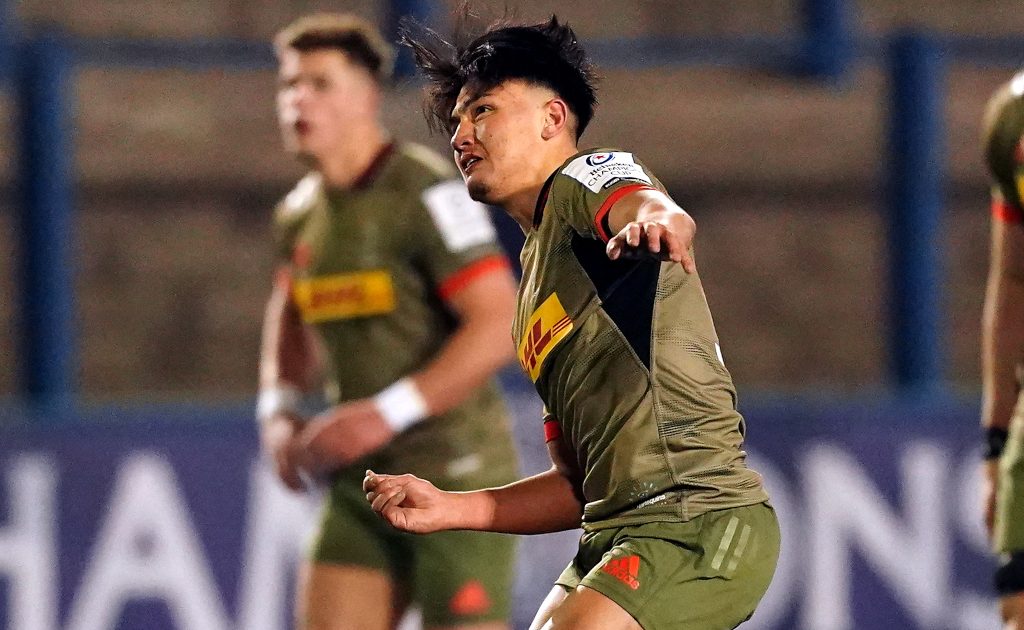 “It’s testament to the guys and what we are trying to build. We stuck in there and we are very resilient at times.

“To be rewarded with a penalty in front of the sticks by the forwards, who I thought in parts were outstanding, is a massive relief.

“All season, the forwards have been the difference for us. As backs, we are very lucky to be playing behind a pack that when it gets on top, stays on top.

“It’s an absolute pleasure to play with some of the guys outside me and in the forwards.

“Their ability to pick lines off me makes it so easy for me, and some of the tries were nice individual bits.”

The Premiership champions looked as though they would pay a hefty price for captain Alex Dombrandt’s second-half yellow card.

Cardiff turned the game – played behind closed doors at the Arms Park – on its head while England international Dombrandt was off, scoring three quickfire tries.

But Quins dug deep as Smith added to earlier tries from Louis Lynagh, Tyrone Green, Luke Northmore and Danny Care, while he added four conversions and a penalty for a 16-point haul.

“The first 10 minutes, he caused us a lot of problems. He is a bag of tricks and he has got a highlights reel in every game. He is a fantastic player.

“We played some great stuff and scored some good tries.

“You would like to think you could close those games out, but if you watch Harlequins, that is a regular day at the office for them.

“They are never beaten until the final whistle, and I never felt comfortable, but I am proud of the effort and the way we played.”

Munster head coach Johann van Graan praised his troops after their come-from-behind success over Castres on the road in the Champions Cup on Friday.

The Irish province made it three victories out of three in Europe with a hard-fought 16-13 triumph at the Stade Pierre-Fabre that saw plenty of kicking.

Number eight Gavin Coombes scored in the 78th minute to seal the win that ensured qualification to the knockout phase of the competition for Munster.

“You don’t just come here and win,” Van Graan said. “We spoke about an 80-minute performance and we certainly got that.”