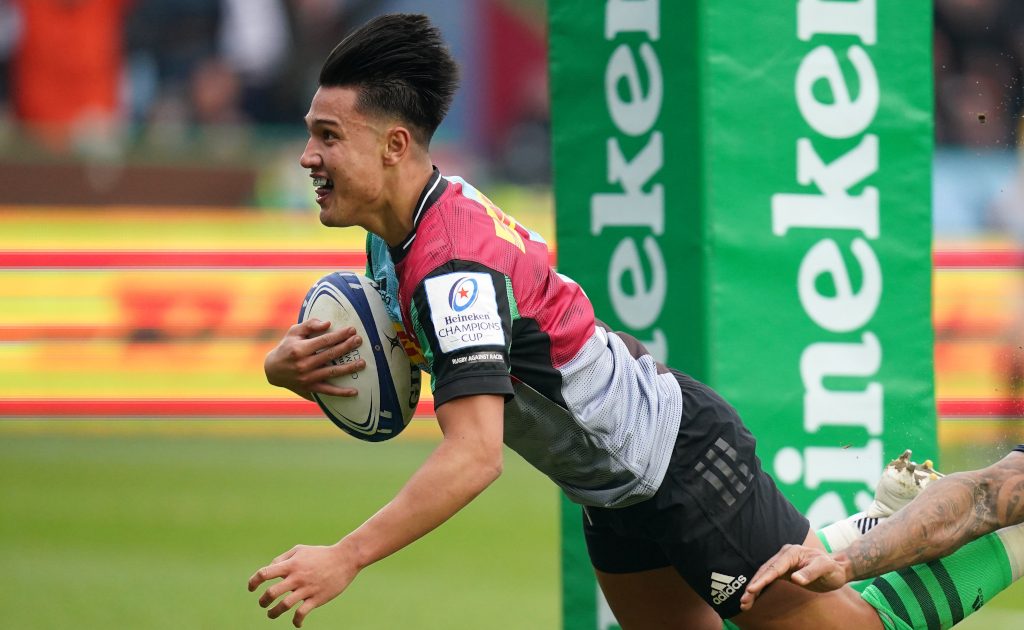 Young fly-half Marcus Smith’s popularity is booming off the back of brilliant form with both club and country in recent times.

Smith will be pulling the strings when Cardiff travel to Harlequins tonight for a Champions Cup encounter.

Harlequins coach Adam Jones has compared the attention the 22-year-old pivot is getting to that of football superstar Lionel Messi and that Smith is taking it all in his stride.

Jones said: “The big issue with Marcus is it is almost like Messi in football, the man-marking element.

“Being the new rock star on the scene the attention he is going to have is magnified. For me he is handling it exceptionally well.

“His game management is top drawer and the rest of his game is world-class. He is getting a lot of pressure from everywhere and he is handling it incredibly well.”

The London-based Harlequins currently top their pool and have one foot in the door for a quarter-final berth. Thanks, in part, to the creative prowess of Smith, who almost inevitably will be named in England’s Six Nations squad on Tuesday.

“He is incredibly professional, one of the most level-headed kids I have met,” Jones added.

“He has a great family and the boys around him are a good group of mates who keep him grounded.

“He has matured a lot over the last 18 months. He is playing for England now and in that environment so he has that understanding of the game. He is just going to get better and better.

“Marcus just wants to keep building and building and trying to be one of the best players in the world, which he is on track to do.”