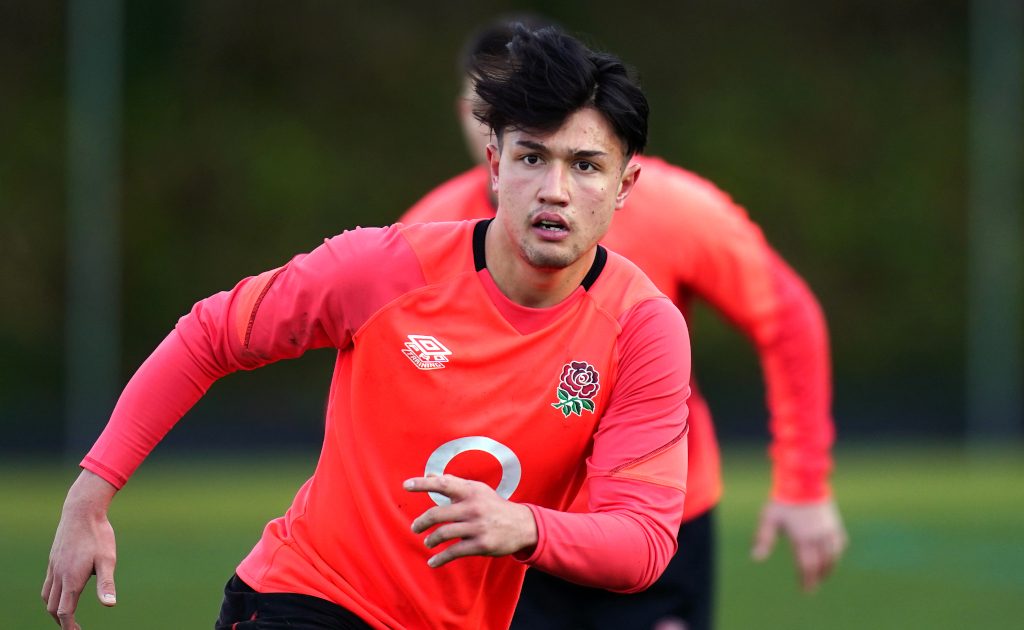 Marcus Smith may have set the Six Nations alight with his excellent performances for England but he is still content to act as Manu Tuilagi’s tea boy.

The 23-year-old has caught the eye with an impressive try-scoring display in England’s defeat to Scotland at Murrayfield before crossing the whitewash again during a superb man-of-the-match performance during an easy win over Italy in Rome.

And although he is set to direct Tuilagi when England face Wales in the Six Nations at Twickenham on Saturday, February 26, Smith is aware of his place in the off-field hierarchy after being the powerful Sale Sharks centre’s room-mate during England’s pre-autumn training camp.

“I’m still doing the tea round and I’ll be having a cup of tea with Manu. And a shortbread if we are lucky!” said Smith.

“When I roomed with Manu out in Jersey we had a lot of tea nights together. I obviously made them, he was on his bed playing chess.

“I think it’s massively important. It’s a way of bonding together as a team, which is important for us as this new group of England.”

A stellar start to his international career began with his first and second England caps in July before being summoned by Warren Gatland to join the Lions tour of South Africa.

“I arrived late on the tour and you’ve got to do your work. On drinks nights and stuff like that, myself, Louis Rees-Zammit and Tom Curry – because we were the three youngest – had to serve the boys the drinks,” Smith added.

“We had to get up for the boys and get them glasses if they needed glasses. I guess it’s part and parcel of any walk of life if you are new to an environment, like doing the tea rounds.”

Apart from taking ownership of the fly-half duties inside seven caps, in the process arming England with a running threat in the position that they have lacked for years, Smith has caught attention through what former Harlequins team-mate Mike Brown describes as his “boyband haircut”.

Frequently having to push his hair aside to stop it obscuring his sight, Smith is now considering having it cut.

“I am close. I have got a few people who are massive fans of it. My mum and my girlfriend love it but my dad and my two brothers tell me not to have it any more and to shave it off fully so that I have less distractions,” he said.

“I kind of like it. I have grown up with long hair and my mum always wanted us to have long hair. She wanted us to be like the Jonas brothers when we were younger and I have got to keep her happy!

“It does not distract me too much, only when it gets really wet. I’m dealing with it at the minute and if it gets too much of a distraction or if it becomes unlucky then I will get rid of it.”

Smith insists it is his brothers Luc and Tomas who will ensure he stays grounded as he continues to justify Gatland’s prediction that he will become a “superstar” of the sport.

“Definitely my brothers. Those guys, the sacrifices they have made for me and my career, have been immense,” he said.

“The other week I did a drop-goal that didn’t go above the bar and that was the first thing they said to me – they were laughing their heads off, peppering me with images and videos of it.

“If I start getting too big for my boots my parents will also step in and tell me that I’m going down the wrong path, that I’m not Marcus any more. For me, that’s the most important thing, to be true to myself.”

READ MORE: England: Courtney Lawes back in full training ahead of Six Nations clash with Wales