Home Uncategorized Mallett: ‘Coetzee will be fortunate to keep his job’ 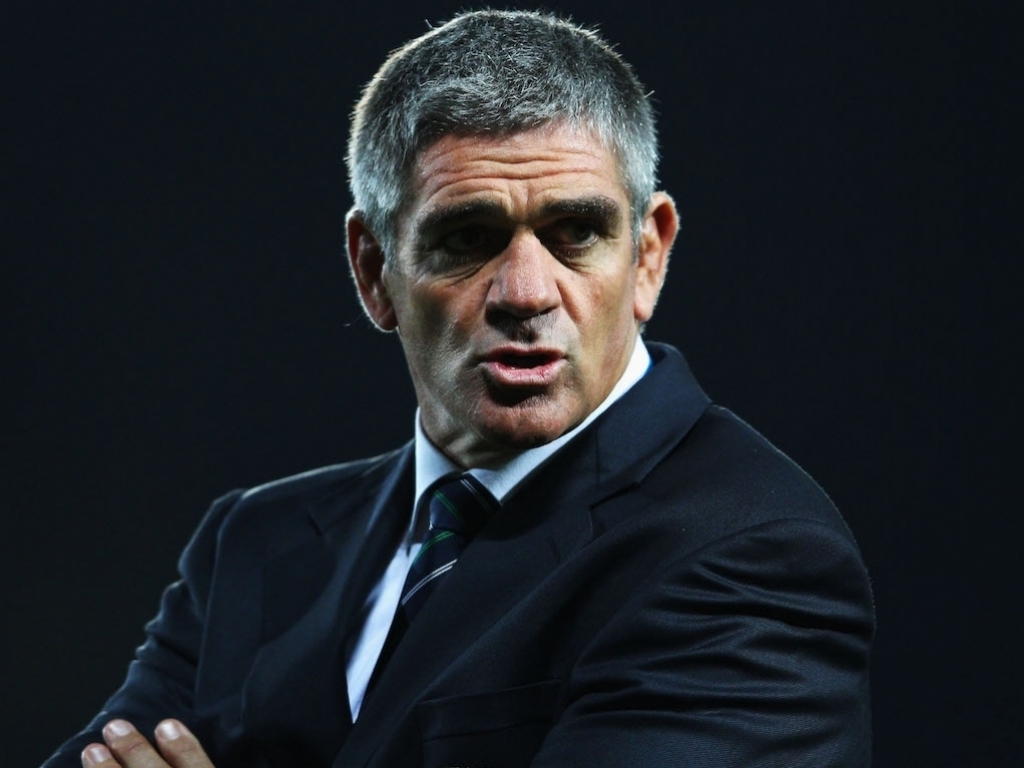 The Springboks have never sunk this low. That was the verdict of former coach Nick Mallett this week reflecting back on a tumultuous first year in charge for Allister Coetzee, one that saw South Africa finish 2016 with a win success rate of 33 percent.

The stench of those results continues to linger, unaided by a lack of optimism ahead of Super Rugby and the news on Monday that Brendan Venter had opted to work as a defence coach with Italy rather than his native South Africa.

Rounding off the year by limping out of Cardiff having lost to Wales by a record margin, and for only the third time ever, was not even their worst performance in a year full of humiliations.

“I have never seen such a poor South African side go on tour. They were absolutely abject,” Mallett said.

“There was no leadership, and the players obviously didn’t listen or respect what the coaching staff were trying to say, because there was no passion and intensity in their play.

“There was real confusion over what style of rugby they were trying to play, whether it was territory and minimal mistakes or the ‘new game’ with the ball in hand. And there were too many voices, with Franco Smith coming along for the tour and the third defence coach in only a few months.

“With Adriaan Strauss saying he was going to retire at the end of the year, the teams knew their leader was jumping ship. It was a sad end of year.”

Wielding the axe on Coetzee would seem like the obvious solution if the costs to do so were minimal, which is far from the case with his contract.

Mallett admits that appointing a number of Coetzee’s assistant coaches for him was a mistake by SARU and one that should be corrected ahead of 2017. Not that Coetzee cannot be held to account. When the message from the head coach lacks clarity, the walls begin to cave in.

“The financial aspects cannot be sneezed at. He did not have a performance clause in the first year of his contract, that only kicks in during the second year as I understand,” Mallett explained.

“I think they will give him the chance to pick his assistants, which means there are no excuses, given SARU have admitted that appointing some of his coaches for him was a little bit unfair for a new head coach.

“But I feel that is trying to make the best of a bad job. The coaching we saw from that group and performances from the players… many Springbok coaches have lost their jobs with better results than that. He will be fortunate to keep his job.”

The solution for Mallett is clear. Prior to the Test series with France in June, pinpoint which South African franchise is excelling in Super Rugby in terms of performance and results and learn from their approach.

In 2016 that was the Lions, and Johan Ackermann’s talented young team appear to be the best bet to fly the flag for South Africa this year as well. Rather than dismiss their style of play as unsuitable for international rugby, Coetzee in that case will need to swallow his pride.

“If you go back historically, South Africa have always had strong sides that depended on a core from the strongest provincial team,” Mallett explains.

“Kitch Christie in 1995 had the Lions under Francois Pienaar. My sides in 1997 and 1998 had Gary Teichmann’s Sharks; we had six or seven of those guys giving leadership and direction. Jake White had the Bulls core – the Victor Matfields, Bakkies Bothas, Fourie du Preezs – giving him that stability. Yet the Lions were by far, the best South African team in Super Rugby last year, and we saw very few of their players being picked initially.

“The selectors at the start you, would have thought, would have formed the basis of their side around that successful Lions team, with the captaincy going to Warren Whiteley.

“Given that Coetzee said that you could not translate that style of play to Test level – which I disagree with, look at the All Blacks scoring a number of tries with a good defence – those players looked exceptionally good when they played for the Lions, and very average for the Springboks.

“You have to ask yourself; why do Faf [de Klerk] and Elton [Jantjies] and [Lionel] Mapoe look really good for the Lions, Whiteley and [Jaco] Kriel too. Yet in the Springbok setup they are pale shadows of themselves. That has a lot to do with the culture and the coaching that they are being subjected to.

“The success of South Africa depends on one of the teams doing well in Super Rugby and the coach having the humility to say, if the Lions are the best team again, ‘I’m going to go and spend two weeks with the Lions coaching team, a month maybe, to see what they do and how they play.”

“Get the feel and the spirit and bring the majority of those guys into your setup, combine them with guys who will add value like Eben Etzebeth and Pieter-Steph du Toit, Handré Pollard coming back or [Pat] Lambie.  But the body of your side must be made up of players from your best franchise, and they failed to do that last year.

“In the first Test in June they had only two Lions starting against the Irish. It wasn’t a surprise for me that it didn’t come right.” Coetzee’s first chance to improve his reputation comes with a three-Test series against France in June, and by then his coaching philosophy will need to be crystal clear.

His main objective for that series is to establish a defined tactical approach. And his players must rediscover the pride and passion of playing for South Africa that disappeared last November.

Lacking certain skills or not performing on the day is one thing. To fail to give every ounce of possible effort is unforgivable.

As Mallett said: “France are a team who do not have many issues when they come to South Africa, and have won in South Africa many times in the past.

“Therefore it will be a tough tour and they will pose a significant threat – although anyone would, at the moment, the way we played in November. I would be very worried about playing Iceland to be quite frank!

“There is a hell of a lot of work that has to be done. If Allister allows Franco Smith and the new defence coach to really get their hands on the team and to get the culture right, with the right selections, while getting the passion and intensity back… the fact that the talent might not be there is one thing, but to play without intensity or passion or effort, that is unacceptable. That has to come back.

“You have to see a South African side giving its best on the field, not lying around on the ground and taking ten seconds to get up after each tackle and back in the game. That was heartbreaking last year.

“Just getting the effort right will improve the wins record to 50 percent, definitely. And if they managed to get properly coached, that can rise back up to the average of 65 percent. There is only one way from 33 percent wins and that is up.

“They cannot be worse than last year, I don’t believe it.”

Nick Mallett is part of the Accenture Analysis Team during the RBS 6 Nations, providing fans with insight and analysis to #Seebeyond standard match data. Follow @AccentureRugby or visit accenture-rugby.com

Look out for Nick’s thoughts on the upcoming Six Nations tournament later this week.