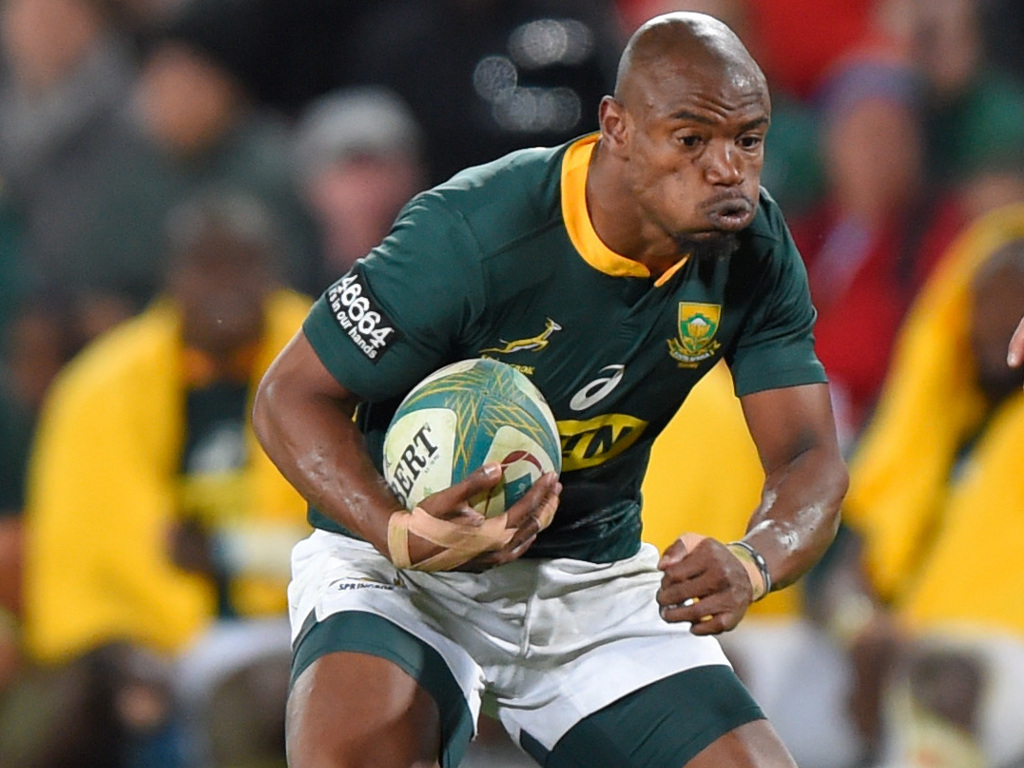 South Africa completed their Rugby World Cup 2019 preparations in style courtesy of a deserved 41-7 victory over Japan in Kumagaya on Friday.

The Springboks were full value for their win as they outscored their hosts by six tries to one with Makazole Mapimpi leading the way with a well-taken hat-trick.

Cheslin Kolbe was not far behind as he scored a brace of tries for the Boks and Herschel Jantjies also crossed the whitewash. The visitors’ other points came via two conversions and a penalty from Handré Pollard while Frans Steyn also succeeded with two conversions.

For Japan, who were under the cosh for long periods, Kotaro Matsushima scored a try and Yu Tamura added a conversion.

The result was sweet revenge for the Boks, who suffered a humiliating defeat to the Brave Blossoms when these sides met in a pool game at the 2015 Rugby World Cup in Brighton.

With this match played in hot and humid conditions, there were handling errors aplenty from both sides and the early exchanges had a stop-start nature to it. The visitors took control of proceedings as the match progressed, however, and dominated most facets of play.

South Africa were fastest out of the blocks and took the lead in the eighth minute courtesy of a try from Kolbe. This, after Lukhanyo Am and Willie le Roux laid the groundwork in the build-up with strong carries inside the Brave Blossoms’ 22 before the ball was shifted wide to Kolbe, who stepped past Kenki Fukuoka before dotting down.

Pollard added the extras and although the next 15 minutes were evenly contested, the Boks were slowly gaining the upper-hand and they extended their lead with two tries from Mapimpi during the second quarter.

In the 22nd minute, Le Roux gathered a high ball inside Japan’s half and he did well to draw in a defender before offloading to Mapimpi, who outpaced the cover defence on his way over the try-line.

Ten minutes later, the Boks extended their lead when a long pass from Pollard found Le Roux in space and, once again, he got a well-timed pass out to Mapimpi, who cantered in for his second try.

Just before half-time, Pollard added a penalty which gave his side a comfortable 22-0 lead at the interval.

The Brave Blossoms came out firing after the restart but despite being camped inside the visitors’ half during the first 10 minutes of the half, they were met by a solid defensive effort from the Springboks.

And the Boks extended their lead in the 52nd minute when Mapimpi ran onto a pass from Pieter-Steph du Toit before crossing for his third try.

The Brave Blossoms needed a response and that came against the run of play on the hour-mark when a knock-on from Am was pounced on by the home side’s backs, who got the ball out to Matsushima and he went over for his side’s only five-pointer.

The final quarter was a frantic affair as Japan upped the ante on attack and the Boks were dealt a blow in the 71st minute when Francois Louw was yellow carded for a cynical defensive foul inside his half.

Despite that setback, the Boks finished stronger and were rewarded with late tries from Kolbe and Jantjies which sealed an emphatic win.