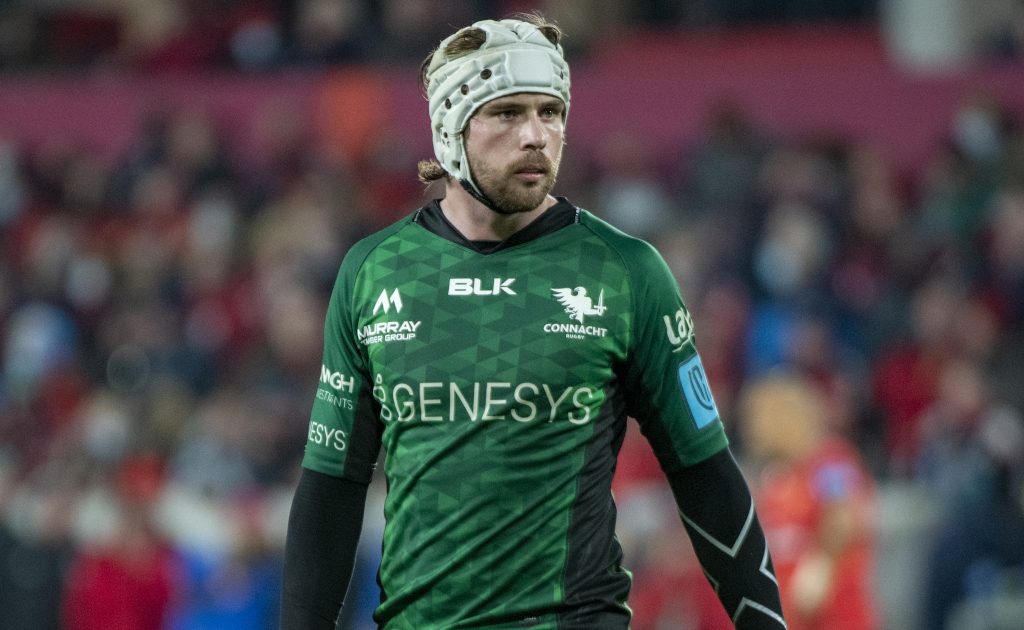 Ireland and Connacht finisher Mack Hansen has inked a contract extension with the United Rugby Championship outfit until 2025.

The Australia-born winger has been a revelation since making the switch to Galway from the Brumbies and has agreed an early extension to his terms.

He has scored six tries in 14 games for Connacht in his first season and has quickly progressed to Ireland honours, starring in this year’s Six Nations.

Hansen’s form for Connacht this campaign has seen him nominated for the Players’ Player and Fans’ Player of the Year Awards, summing up his value.

“Committing my future at Connacht was a no-brainer,” the wing told the province’s website.

“Ever since I arrived in Ireland I cannot speak highly enough of the staff and my teammates who have made me feel right at home. Personally I’m pleased with how my first season has gone and now I want to do everything I can to help the club achieve success for the next three seasons.

“The possibility of training and playing in Connacht Rugby’s new Stadium and High Performance Centre was also a major attraction for me, so I can’t wait to see what the future holds for me and for Connacht.”

Head coach Andy Friend has also welcomed the news, saying: “Mack has made an immeasurable impact on the club since his arrival. He’s a popular character with the players, staff and supporters and it’s been really pleasing to see him take to rugby in Ireland like a duck to water.

“For him to commit the next three years of his career to Connacht when he’ll only get better is a really strong show of faith in where we’re going as a club on and off the field, and I look forward to seeing Mack continue to develop and grow as a player during that time too.”