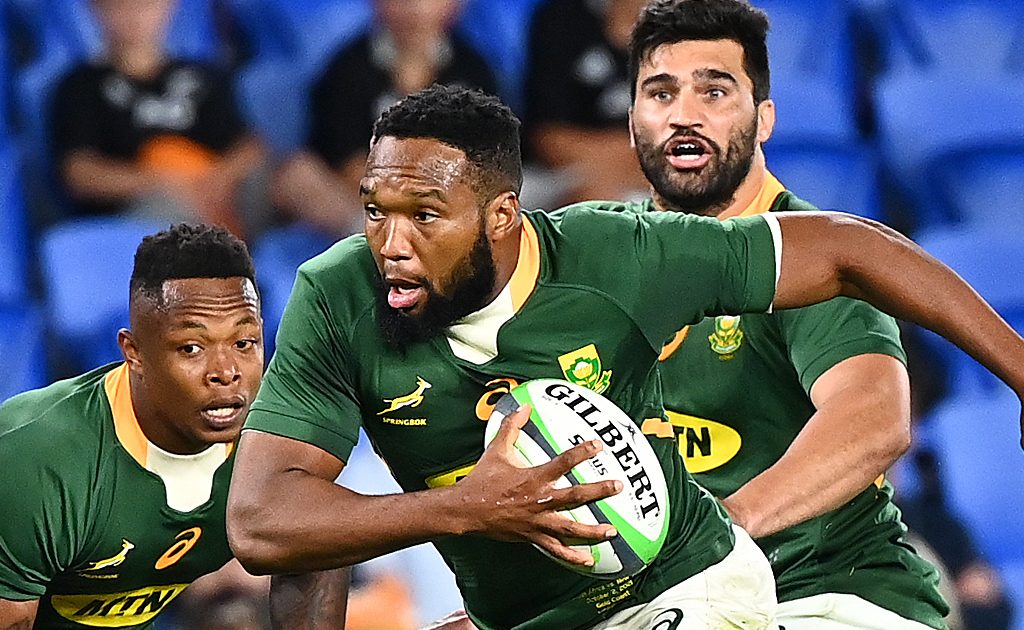 Lukhanyo Am, the sole South African up for a World Rugby award as a result of his finishing a dazzling try during the British & Irish Lions tour, is looking forward to bringing both his A-game and excelling on D against England on Saturday.

Am, who progressed from small provincial side Border in 2015 to winning the World Cup in four short years, has been in fine form all year but is aware how England will test them at Twickenham.

“This weekend we are definitely going to bring our A game and hopefully come out tops,” Am said to South Africa’s Financial Mail.

“We are doing a lot of hard work on our D [defence] and creating opportunities. We have managed to capitalise on turnover attack and we scored two beautiful tries against Scotland. We will keep working on it.

“We all have our roles… in the team and we try to master that week in and week out.”

Bok coach Jacques Nienaber paid homage to the centre for the giant strides he has made in his rugby career.

“Lukhanyo and I have come a long way,” he said.

“One day I went to coach at Border in 2015 and Lukhanyo and Makazole Mapimpi were in that group. So Lukhanyo and I go back a bit. I did not coach him specifically, but he was in the group.

“I remember Rassie Erasmus and I were on the plane back home afterwards, and he asked whether I had seen that centre.

“But I had been busy with the defence of the forwards around the ruck to get the structures right there. So I said: ‘No Rassie I did not see him.’

“He replied: ‘There is a talented guy.’

“Just afterwards, Lukhanyo went to the Sharks and his career took off. I take my hat off to him.”