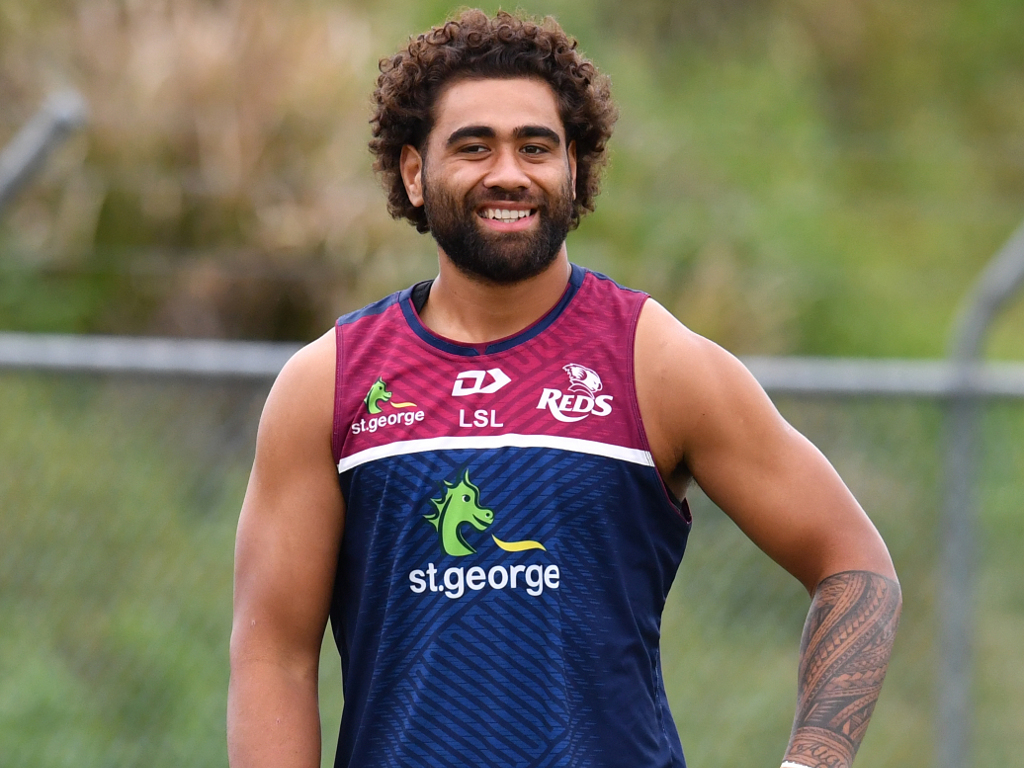 Reds utility forward Lukhan Salakaia-Loto has put pen to paper on a deal that will see him stay at the Brisbane-based side for a further three years.

The Wallaby becomes the 13th player to re-commit with Queensland on a long-term deal that’ll see him stay at Ballymore through 2022.

The 23-year-old put pen to paper fresh off his Rugby World Cup campaign with the Wallabies in Japan, where he finished the 2019 international season with a total of 21 Tests for Australia.

Salakaia-Loto said: “I’m very happy for my family and I to be staying here in Queensland for the next couple of years.

“What we’ve got building at the Reds is exciting and I’m very fortunate to be a part of what’s to come in the near future.

“I’ve enjoyed my time with both the Reds and Wallabies so far and future success and opportunities with both squads is what helped make my decision an easy one.”

“Lukhan’s come through with Queensland U20s and NRC and gone on to play for his state and country.

“He’s represented Australia in 21 Tests– including a World Cup, and he’s only 23. In a short space of time he’s gained some good experience and alongside the lads here, he’ll continue to develop and grow within our program.”

NEWS | Lukhan Salakaia-Loto will remain in Australian Rugby through 2022 after re-signing with the https://t.co/4mSQR9Bfhc Queensland Reds for a further three years.

2016 proved a breakout year for the Queensland pathway product who represented his state and country at U20s level, as well as Brisbane City in Australia’s National Rugby Championship (NRC), before he made his Super Rugby debut for Queensland against the Bulls at Loftus Versfeld in Pretoria.

The following year, Salakaia-Loto established himself as a regular starter for the Reds which saw him named in the Wallabies squad for the June Test series where he made his Australian debut against South Africa in Bloemfontein.

Despite a disrupted 2018 Super Rugby season due to injury, he added a further seven Tests for the Wallabies that included starting at lock for the opening four matches of the Rugby Championship.

Salakaia-Loto enjoyed a more consistent season this year after missing just the one match for Queensland when he was rested in Round 17 against the Blues in accordance with Rugby Australia’s workload management policy.

He finished the Super Rugby season in 3rd place with 200 votes for the 2019 Pilecki Medal for Queensland best and fairest as voted by his Reds team-mates.

The versatile forward capped off 2019 with 11 Tests and two tries during the Rugby Championship, Bledisloe Cup and Rugby World Cup.