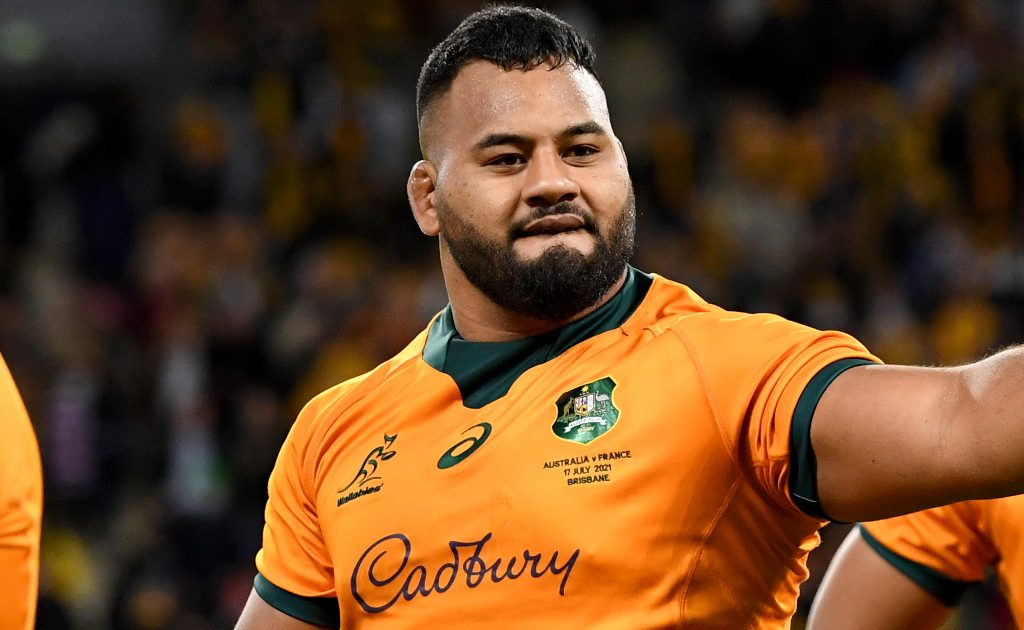 Taniela Tupou must be in the Wallabies’ starting line-up if they want to beat the Springboks in their Rugby Championship Test on the Gold Coast on Sunday.

That is the word from former Wallabies wing Lote Tuqiri, who said he disagrees with Wallabies head coach Dave Rennie’s strategy of playing the Reds front-row off the replacements bench at Test level.

Vital cog for the Wallabies

Tupou has started four out of Australia’s six Tests on the replacements bench and Tuqiri believes the 132 kilogram tighthead prop will be a vital cog in the Wallabies’ forward onslaught against a huge Springbok pack.

“Maybe I’m old school, but I’d play my best XV. I’d start with my best XV and then let everything else get dealt with after that,” Tuqiri told AAP.

“I know you probably want to bring him on when things have cooled down and people are tired and he can use his destructive running a little bit more.

“You’d tell him that but I think for Taniela, he probably wants to start as well.

“So you’ve got to wonder what that’s doing for his confidence from a mental point of view. For me, I want my best XV starting – I’m starting Taniela Tupou.”

Although he disagrees with Wallabies coach Rennie’s call to use Tupou as an impact player, Tuqiri backs his decision to call up veteran prop Greg Holmes, who has been added to the squad as an replacement for the injured Pone Fa’amausili.

Holmes’ last appearance for the Wallabies was in 2016 and although he has an outside chance to be named in the Wallabies’ matchday squads for the upcoming Tests against South Africa and Argentina, Tuqiri believes the 38-year-old will be a vital addition to the camp.

“Whether he plays or not, I don’t know, but I think he’s great to have in the squad as a bit of a mentor to the younger blokes,” he said.