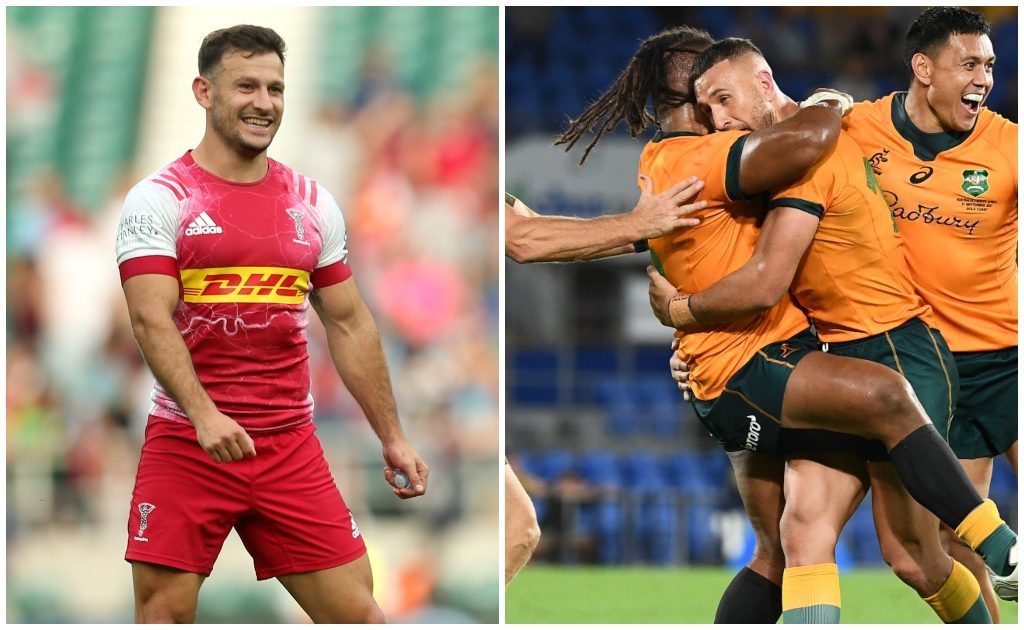 This week we will mostly be concerning ourselves with new formats, new rules, old heads and old gripes…

The headline left you with head cocked slightly to one side and a perplexed, perhaps even mildly amused look on the face, something akin to Pablo Matera’s expression facing up to the haka last year.

And since the story popped up, it seems largely to have been forgotten in most circles. Except that there, in the very faint background, is a sort of murmured approval from one or two people who matter, not to mention endorsements and ambassadorships from one or two others which means, once again, there could be trouble ahead for rugby.

The story concerned is the mooted (set in stone if you believe the hype) World 12s tournament set to start in August 2022, bringing together the world’s best 192 players to form eight teams of singularly commercially-constructed identity and play a truncated version of rugby over a handful of weeks to entertain some of the masses and, presumably, line the pockets of some other masses.

I say truncated version, in reality it is, of course, “a game for our changing, fast-paced world that can excite a global fan base in the way that we have seen with the IPL or most recently The Hundred in cricket,” according to World 12s Chairman Ian Ritchie – formerly RFU CEO and Premiership Rugby Chairman.

It’s a little difficult to know where to start. Never mind the over-stuffed calendar, never mind that all the players involved are almost certain to be under contract next August, surely the last thing rugby needs is another game format? Understanding how to relate sevens to full rugby has been problematic enough, never mind that 12 is uncomfortably closer to the 13 who play rugby league.

Yet looking beyond the initial indignation, there are some tempting thoughts. How many rule changes have we endured over the past few years (more on this below) made in the name of creating more space, more action, less drudge, fewer aimless kicks? How many have truly, truly worked in the long-term, despite the best efforts of results-oriented expert coaches working out how best to negate them?

Sevens is too fast food to be palatable all the time, not nuanced enough and not variable enough for the purist, but twelves… well, the potential for more open pasture and less up-the-jumper stuff is obvious, yet the balance between the two is more likely to be there. The advances in fitness, conditioning and game intelligence in the professional era have, by and large suffocated space out of the game at the top level, but even the fittest and most intelligent twelves team would struggle to close down an entire pitch.

Which perhaps is why World Rugby at least gave the concept a lukewarm response rather than refusing it outright. It could have been overplayed diplomacy of course, but the gut feeling is that with rugby brains such as Steve Hansen and Jake White championing the cause, this is a suggestion that is going to lie on the table for some time to come.

But do not expect any club, club tournament organisation, national union or any other such to make room for it quietly, should the proposal gain traction. There could be trouble ahead.

Meanwhile, for an idea of the philosophical confusion that reigns in the minds of the more attack-minded senior players when asked their opinions on the game, here’s Danny Care: “I like to think our club tries to play in a way that might inspire kids. I know international rugby’s very different to Premiership rugby, but people say: ‘You can’t play like that in international rugby.’ Well, why not? Why can’t you? You can if your coaches let you play like that.”

All fair enough, and we hope Quins do indeed keep playing as they did. But minutes later, here’s Care again on the season ahead: “…we need to concede less. There are a lot of things to improve on, defence is the main one…”

Only small tweaks they are, but Loose Pass is coming firmly down on the side of the goal-line drop out and the 50:22 laws.

The former especially removed us from the drudge of the endless five-metre scrum resets, occasional yellow cards and cheap penalty tries and gave us plenty of broken play rugby in a zone where many a good attack emanates, not to mention offering more of a reward for what is often a singularly difficult technical achievement of getting under the ball-carrier when he’s trying to score a try.

Meanwhile, Nic White’s moment of history with the first-ever execution of a 50:22 kick in Test rugby showed how a good kick, even if itself not the most exciting part of the game, can create more in the way of attacking situations.

It will be interesting to see whether it becomes over-used, indeed whether it becomes an excuse to hoof the ball hopefully downfield in a game’s latter stages, but the benefits even from one successful kick were there to see on Sunday.

Quade Cooper didn’t take long after the match to relay his gratitude for the assistance to his mental state in and around games, given to him by close friend Sonny Bill Williams among others.

The change in Cooper was evident the whole game. The expressive, wild, extravagant, swaggerer of five years ago was replaced in this game by a poised, steely-eyed and cultured player, consistently making good decisions, able to brush off setbacks, performing every basic skill demanded, never indulging. His face barely changed over the course of the game.

In the interviews after, he consistently spoke about having made peace with everything, which was exactly the aura he gave off: peaceful. Too much of a reach to think that, if he kept up this form, he would make France 2023?

New Zealand’s game against Argentina came in at just under two hours. Australia’s against South Africa at two hours and five minutes. Countless TMO referrals, constant questioning of referee calls and requests to ‘go upstairs’. Water-breaks, 90-second goal-kicking routines, waits for shoelaces to be tied. It’s not a spectacle when you’ve got players standing around for 30 minutes additional to the 80 is it?

Nor is the maul. It was once a legitimate weapon, but now we end up with a chaos of bodies, often at least four attacking players in front of the ball carrier yet not touching him, the posts of ‘the gate’ constantly shifting and rotating to make it nigh-on impossible for any defender to enter straight. The ball carrier, who is supposed to be bound, is often ‘bound’ by dint of his non-ball-holding hand managing to cling onto a fistful of team-mate’s jersey while said team-mate clears out all before him.

At one point on Sunday there were two South African players with their backs to the try-line, in front of the ball carrier, physically pulling the ball-carrier forward towards them while defenders got on with the futile task of coping with the obstruction (note here, I mention South Africa because it was Sunday’s clearest example, but all teams are at it).

The maul is currently a cheats’ charter and urgently needs a huge rethink – and who, with the exception of a few hookers who have some impressive try stats, would genuinely miss it in its current guise?