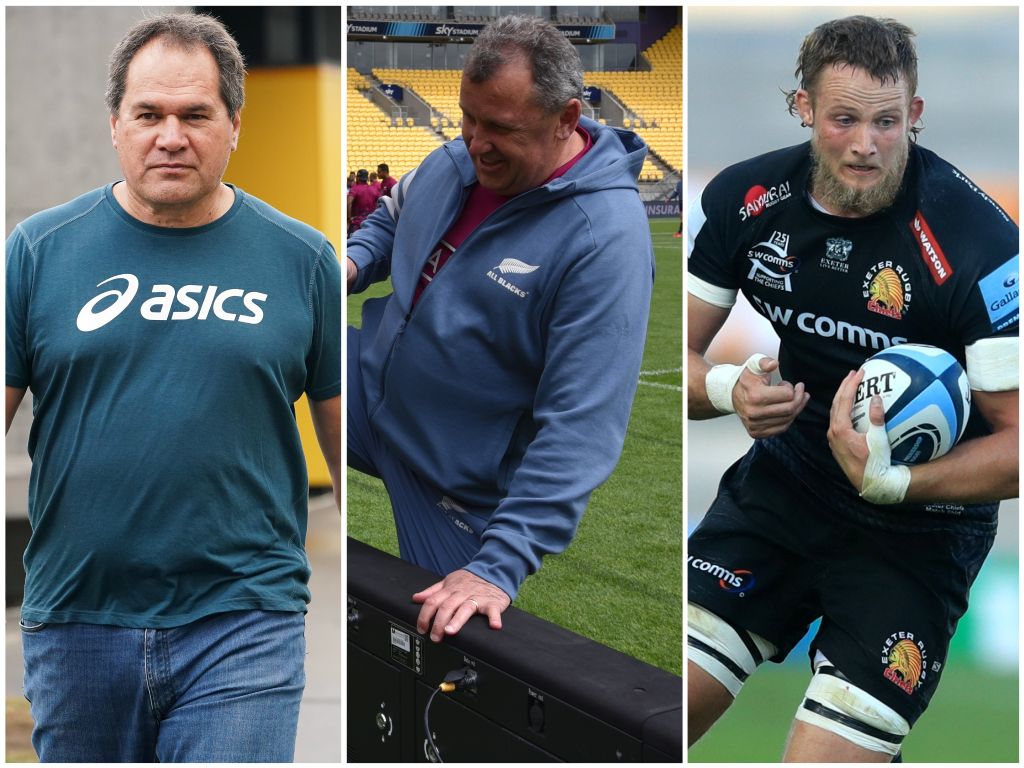 This week we will mostly be concerning ourselves with contrasting fortunes in the south, a real failure of leadership in the north and an interesting disciplinary case…

The tale of the two newbies

They say a draw is like kissing your sister, yet after the final whistle blew on Sunday you’d imagine there’d be a few other things in line for some congratulatory smooching from the All Blacks in Wellington, not least the post that denied Reece Hodge a winning three-pointer, nor Angus Gardner, who ought not to have failed to see Rieko Ioane’s foot in touch.

The two new coaches up against each other both had plenty to prove on Sunday. Dave Rennie that he really can take the Wallabies, funding crisis and boardroom machinations and all, back to the forefront of the game, and Ian Foster that he really can continue New Zealand’s forward path, filling those outsized shoes.

One game defines neither, nor do two, but next week’s match will produce many more premature conclusions than this wet and windy wild one in Wellington.

New Zealand have occasionally seen themselves squeak out of a tight situation over the past decade or so, face their doubters and bounce back with a steam-rollering the following week. At a ground where they have not lost against Australia in 34 years, this is now almost the minimum requirement.

They lost statistically in possession, territory, line-breaks and metres gained on Sunday, with only their set-piece and better discipline handing momentum back. But the wind will (probably) not disrupt Australia’s line-out in Auckland, nor would any wise person count on Australia being so indisciplined in attack. Points went begging from a bizarre grounding error and from the tee. Sharpening is needed all over the place, a strange thing to say about the All Blacks after the fiesta that was Super Rugby Aotearoa. If Foster cannot inspire a response, there will be discontent among the public.

Rennie is, to that end, in the better position of the two coaches, but should New Zealand bounce back and produce the customary pummelling, Australia may backtrack quickly. The team needs time to combine better, to improve its kicking game and to think more clearly – a simple drop goal set up would have won the game – but most of all, it must believe, stay honest and raise its game again or the year may follow a familiar pattern.

A lot rides on the Eden Park clash on Sunday.

Make no mistake, the decision to postpone the Sale v Worcester game initially before finally calling it off last Wednesday was at best farcical, at worst a new dent in the battered wreck that Covid has turned English club rugby into.

Having given Gloucester five points when Northampton couldn’t field a side, and facing 19 positive Covid tests within one club ahead of a week in which Sale would have had to play both Worcester and an eventual semi-final without the affected players, and in the middle of a pandemic which has claimed thousands of lives, Premier Rugby ought to have had no decision to make.

Yet the statement: “As the [Sale] match has such a critical bearing on deciding the Premiership champions, we wanted to do everything we could to play it,” puts Premier Rugby at odds with so much of its own advice, promises of duty of care, insistence of sticking by the rules and pledges to put public safety first.

Although covid has rendered so much of the pre-covid era a blurry memory, Lord Myners’ criticism of the legal finagling, constant regulatory bartering and rule-bending in the report on Saracens’ salary cap breaches still sticks out. Here was a chance for Premier Rugby to take initiative and stand firm. Instead we ended up with semi-finals where nobody knew who was playing whom for sure until three days prior.

Not a good look, and after such an impressive effort to drag the season to its conclusion too.

A Hill too high?

Frankly, we’re flabbergasted that Exeter’s Jonny Hill was not sent off, nor even cited, for his clean out on Taulupe Faletau.

He tucked his arm behind his back as he flew in shoulder first, without even a shred of intent to bind on. His body angle was downwards the whole time – there was no chance of staying on his feet.

If Farrell did this, people would be calling for a lifetime ban… I love Jonny Hill and think he should partner Itoje in England’s 2nd row, but I’ve never seen such an obvious red card/ban worthy offence that would’ve changed the semi-final. #RefBottledIt #RedCard pic.twitter.com/vtWkEhY5ft

Faletau ducked as Hill came flying in, so the contact was barely with the head, but if you’ve ever been whacked on that point on the back of the neck where the nobbles of the spine start, you’ll know not only how debilitatingly painful it is but also how the blow reverberates through the nerves and head. It cannot be safe.

Does someone actually have to be knocked out or seriously injured before it is a red card? All the directives for a year now have insisted that no, they do not, and there was not a single mitigating factor in Hill’s technique or intention. The only thing that saved him from a red card was, in fact, Faletau ducking – hardly a criterion to mitigate wildly dangerous play.

Not even a citing? Come on…