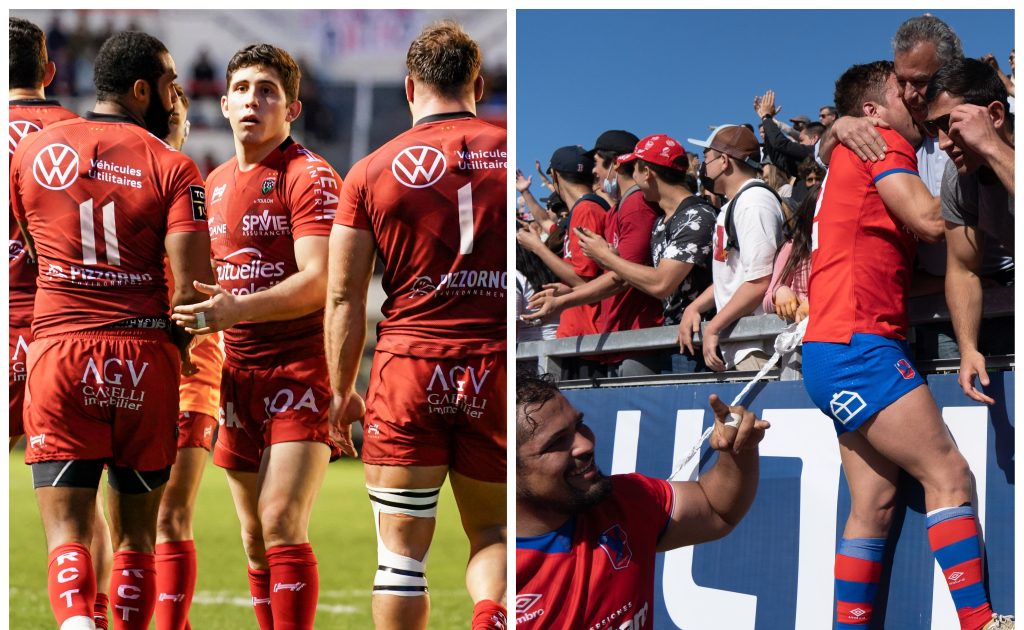 This week we will mostly be concerning ourselves with goings-on in France, goings-on ahead of France and a dour week for rugby’s image…

It’s an oft-noted aspect among comments on various issues that there is currently little coverage afforded to the French Top 14 and ProD2 on this site, an aspect which I am informed is mostly to do with the dark and mysterious world of resources and budgets. Quel dommage, non?

But Loose Pass is currently enjoying a week-long sojourn on the outskirts of l’Ovalie, which has, as of the time of writing, sadly barely started, but it is not difficult to work out which current French rugby story is keeping the pundits and fans busy gossiping: the struggles of Toulon.

‘Toulon, a victory which hides nothing’ was Midi-Olympique’s verdict on the dire, drab 13-9 win over Brive, while both in the newspaper columns and in the TV pictures during ‘La Jour du Rugby’ at the weekend the verdict of the fans was clear: whistles, boos, catcalls. Toulon is not a healthy club at the moment.

“It’s not our normal level, I understand the frustrations of the fans,” said coach Patrice Collazo, while the week before the game was marked by club President Bernard Lemaitre lamenting the ‘lack of effort by some players (it seems Mourad Boujellal’s exit has actually changed very little in terms of boardroom rants). During the match, a banner was rolled out by a prominent fan club at the stadium during the match, reading “React, and honour our colours”; quite a thing to say at a club where ‘rouges et noirs’ is a gutturally-screamed pre-match battle-cry ritual.

Players have closed ranks well enough for now, but Saturday’s points hero Anthony Belleau confessed to being ‘sad’ at the criticism from the fans, pleading instead for solidarity, while although Toulon probably staved off accusations of crisis with the win, defeat next week at home to Racing – not at all inconceivable – would surely plunge a tempestuous club deep into trouble.

Leaving aside Toulon’s struggles though, it seems very clear just how much the rugby scene in France has changed over the past decade. The bottom four places in the table are occupied by Biarritz, Stade Francais, Perpignan and Clermont, which could quite easily have been a top four grouping not 10 years ago. But both Perpignan and Biarritz are finding their feet after a year or two spent in the ProD2, while Stade Francais’ win over Clermont on Sunday was a pretty ordinary game in every respect, marked mostly, in the words of one journalist, by an ‘immense lack of technical skill’ from both teams.

The exception to all of this is, of course, Toulouse, sitting pretty at the top of the table with six from six and running in tries for fun at times. The European weekends may reveal more, but it is difficult not to perceive the Toulousains as the best team in Europe by some distance at the moment… in second halves anyway.

Some of their rugby in their 38-10 win over Pau was sublime, but they have been losing at half-time in three of their matches so far; coach Ugo Mola branded the first quarter of the game as ‘extremely poor’. The Leinsters and Exeters of this world will not be so forgiving.

🇨🇱 Scenes after Chile defeated Canada 33-24 in Valparaiso on Saturday.

🏆 Chile now face the USA over two legs in a battle to make #RWC2023. pic.twitter.com/9VyGOTzHJ6

New faces on the world stage

Huge congratulations both to Chile and to Uruguay, with the latter qualified for France 2023 and the former very much in contention after an impressive win over Canada.

But how the power base between North and South America has shifted! France 2023 will be the first World Cup without Canada, while the USA’s defeat to Uruguay leaves them facing Canada’s conquerors in a home-and-away playoff which will be far, far closer than would have been the case a handful of years ago.

There are many reasons for it all, not least the willingness of the South American nations to get together coherent structures domestically as well as giving the Americas Rugby Championship (ARC) full attention.

Meanwhile Canada has barely recovered from some appalling mismanagement regarding contracts for Sevens and 15s players a few years ago while the Major League Rugby development in the USA has been desperately disappointing; and both countries are struggling with the intrusion of Sevens into both player pool, playing culture and calendar.

And while the ARC is a good outlet for both, the seasonal compromise by being in opposing hemispheres has made it tougher for the teams, still largely amateur, to get themselves organised properly.

The winner of USA v Chile also qualifies automatically, the loser goes into the repechage, which is no easy ticket. It is not inconceivable that France 2023 will not have the USA either, which would be a significant blow both to rugby in North America as well as to World Rugby’s potential marketing plans. A lot is riding on this one.

Leaving aside the congratulations though, Chile scrum-half Marcelo Torrealba also played his part in a rather ugly incident involving fingers in the eye of an opponent which has bizarrely gone unpunished this week – and although you can perhaps put it on a background of sour grapes, his was not the only transgression complained about by Canada’s players.

Fingers in the eye, a South African lock biting an opponent in the United Rugby Championship, continued passionate soundbites about what is head contact and what isn’t and fury at referees and citing officers… not the greatest week of rugby PR, was it?

But keep the faith: leaving aside the fracas that saw two players sent off between Agen and Narbonne, there was not a single red card across the Top 14 and ProD2 this weekend.