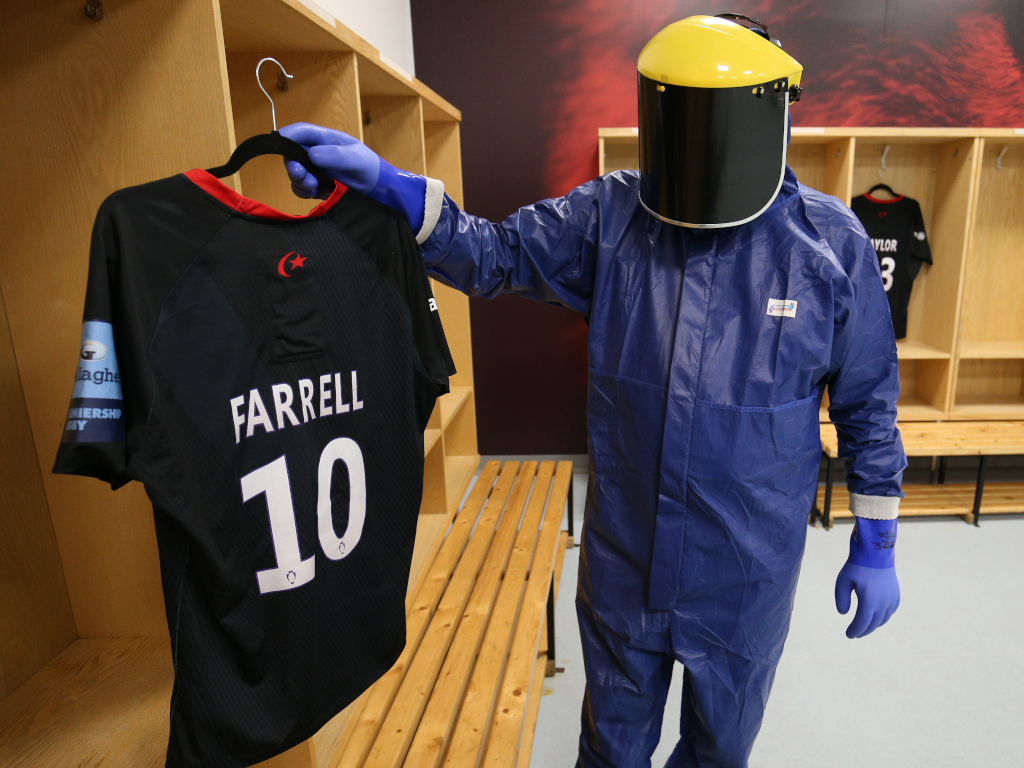 ‘Once more unto the breach dear friends, once more. Or close the wall up with our English dead.’

Thus spake Exeter’s Tony Rowe on Monday. Well, no he didn’t, but the meaning in his words was just as clear. Either we start again now, and get some crowds in watching, or the Premiership and some of its clubs will not survive the ravages of the Covid-19 pandemic in its current form.

None of rugby in the UK and Ireland will, that much is pretty certain. Be it at the lower levels or at the top, the squeeze is becoming throttling. We talk of the difficulties faced by professional clubs aplenty, but consider the community clubs whose bars are still unable to dispense the beers that make up a part of the income, or offer eager players a chance to play.

The Premiership, Top 14 and PRO14 are all set to resume this month, but lower level rugby and community rugby across the board will probably not be back in action until January at the earliest. If the second wave rearing up actually breaks, January is optimistic. Will clubs be able to pay their bills and rates in that time? When this is all over, how many players will have been lost to other games or just to apathy? Rugby faces not just a reset at the top of the game, but a lost generation of players at the lower levels. Sevens has already been, to a greater or lesser extent, cut off completely in England.

And then there’s the value. That TV cash that has been of such umbilical importance that England’s clubs are poised to put their finest players through a potential 52 weeks of rugby to ensure that cash keeps rolling into the coffers.

Yet the deal for rights to the Premiership is over after the coming season, and a ragged-looking product that fails to capture the imagination will not keep the registers ringing. This week already a warning shot has been fired by BT Sport’s GM Simon Green, who said that a ‘correction’ in TV rights prices was on its way. Corrections, in financial parlance, rarely mean more.

And all, of course, IF it all starts and progresses according to plan. All it needs is a few cases cropping up in a cluster – Stade Francais apparently recorded 12 positive tests within their squad after a training camp on the south coast this week – and everything will be thrown into full chaos once more. Whether Stade can start the season on time is now heavily in question.

🗣️ "I don’t think the rugby fraternity realise how much clubs are losing."

The same applies to Wales, Ireland and Scotland – the Welsh seem ok for now, but Ireland have admitted they are only months away from insolvency, while Scotland CEO Mark Dodson warned of losses of up to GBP18m this year. Given Scotland rugby’s size, any continuance into next year is sure to be lethal.

Rugby will restart in Europe this weekend because it has to, not because it should, or even necessarily because it wants to. We can moan and ciritcise and posture about the season structure, salary caps, merits and demerits of promotion and relegation all we like, but now, for three or four weeks, we might do well to take a deep breath and just pray it all passes off as planned. It’s unlikely the sport as we know it can take more blows.

New Zealand offered Australia two berths in their new Super Rugby idea. Australia responded on Monday with a big ‘no’.

And then proceeded to produce quite an interesting set of ideas.

First up was the idea of the three major Super Rugby nations all hosting a domestic version similar to the Aotearoa and Australia versions this year, but then holding an eight-team international tournament as a finals tournament – including the Jaguares and a team from Japan; presumably the Top League winners.

The State of Origin fixtures, mirroring those of rugby league, might seem far-fetched but they will doubtless appeal to Australian fans and will quite clearly be marketed as double-headers with the league fixtures to maximise revenue and coverage.

And then there was a clear attempt to mould into a more logical pyramid the club competitions from the different states, culminating in a national club championship (surely a showcase then for good young players looking for Super Rugby contracts).

New Zealand, when conjuring up their ideas for rugby going forward in a Covid-19 world, unashamedly put themselves first. The proposal by Australia has done the same, whilst also acknowledging the place that exists in their calendar and hierarchy of needs for trans-Tasman competition.

It ticks boxes for youth development, integration of domestic competition on a national level, and openness for all teams to get themselves into the frame if they so wish. It also looks to work with rugby league, rather than stubbornly compete against it. Rugby Australia has not covered itself in glory over the past year or so, but this set of ideas looks to be the goods – as long as all the teams buy in.