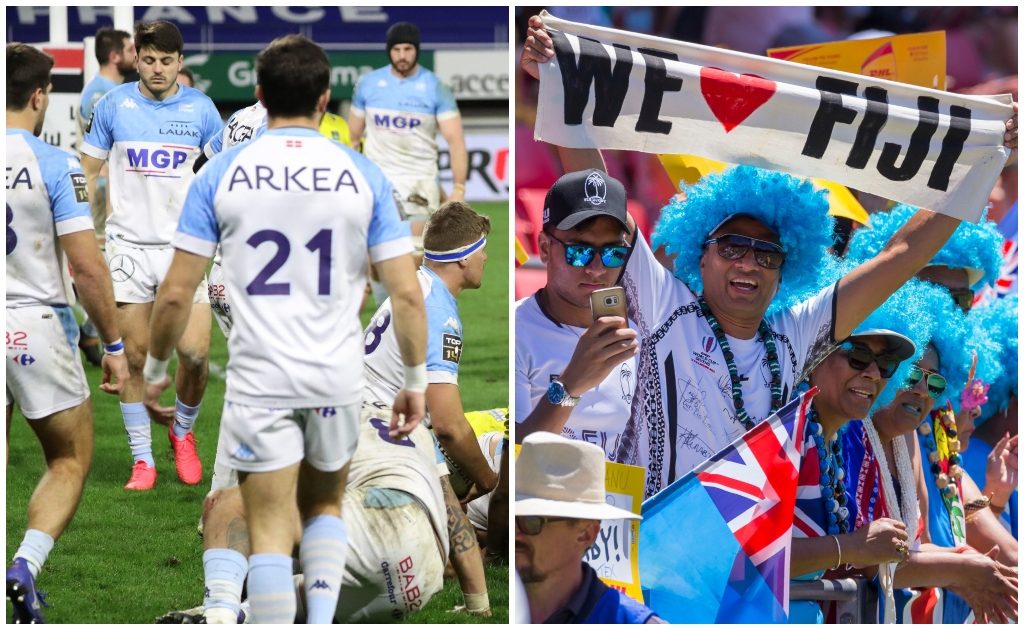 With New Zealand’s away-day in Perth on hold, South Africa and Argentina’s players training on their respective hamster wheels in quarantine and large parts of Europe holed up either in pre-season training camps or auditioning in sevens tournaments, there was not a great deal of rugby around this weekend.

Finally! A nice big exhale of breath and a bit of time away to get other things done.

But what there was to see was extremely hopeful. Loose Pass tuned into the Pro D2 opening day fixtures on Thursday and Friday last week and was enthralled. Not necessarily by the rugby, which was as patchy as you’d expect on the opening day of the season, but simply by the ongoing joy of listening to the French crowds going about their business.

It opened with a goosebump-inducing rendition of La Pena Baiona at a full Stade Jean Dauger, with the locals clearly having digested the desperate defeat on penalties to local rivals Biarritz which consigned them to relegation last time out and prepared to fire on a quick return.

The team also looked in better form, giving Agen a miserable time. But several other teams showed signs of being able to test the Bayonnais, with both Grenoble and Oyonnax serving up good rugby in their clash, Mont-de-Marsan thoroughly dominant at Narbonne and Colomiers impressing in the second half against Provence, although the latter looked appallingly short of fitness. Carcassone were also dominant in pretty much every facet at home to Rouen.

A long season looms for the 16 teams and squad depth (financial depth really) will surely have a say towards the end. But with many a full house and no shortage of promising young French players on show, it’s difficult not to conclude that professional French rugby is in rude health from top to bottom. And most enjoyably, those voices on the side are as vibrant as ever.

The fault lines begin to resolve themselves after the pandemic, and we have another new Super competition, but in contrast to the hotch-potch of geographical conferences and byzantine qualification formats of the past few years, the new Super Rugby looks like a mature competition ready to roll.

Naturally much of the interest revolves around the new Pacific Island teams, but it will also be interesting to see how far the Force will be able to go this time, or indeed whether Australian Rugby can prove itself capable of developing enough resources for its teams to be able to compete.

But the announcement does very much confirm that South African franchise future now lies irretrievably elsewhere, most likely in Europe, while Argentina’s Jaguares, whose Super Rugby licence expired in 2020, will now most likely be sweeping the Super Liga Americana for some time to come.

It’s a huge shift for all, and doubtless there will be teething problems, but it would also seem now that the stage has been set at sub-international level for the onset of a global calendar in the wake of the 2023 World Cup.

Returning to Super Rugby, it should once again be emphasised how refreshingly different, simple, even exciting, the new tournament looks in comparison to its previous guises – and how much a boost this could be to the Pacific Islands.