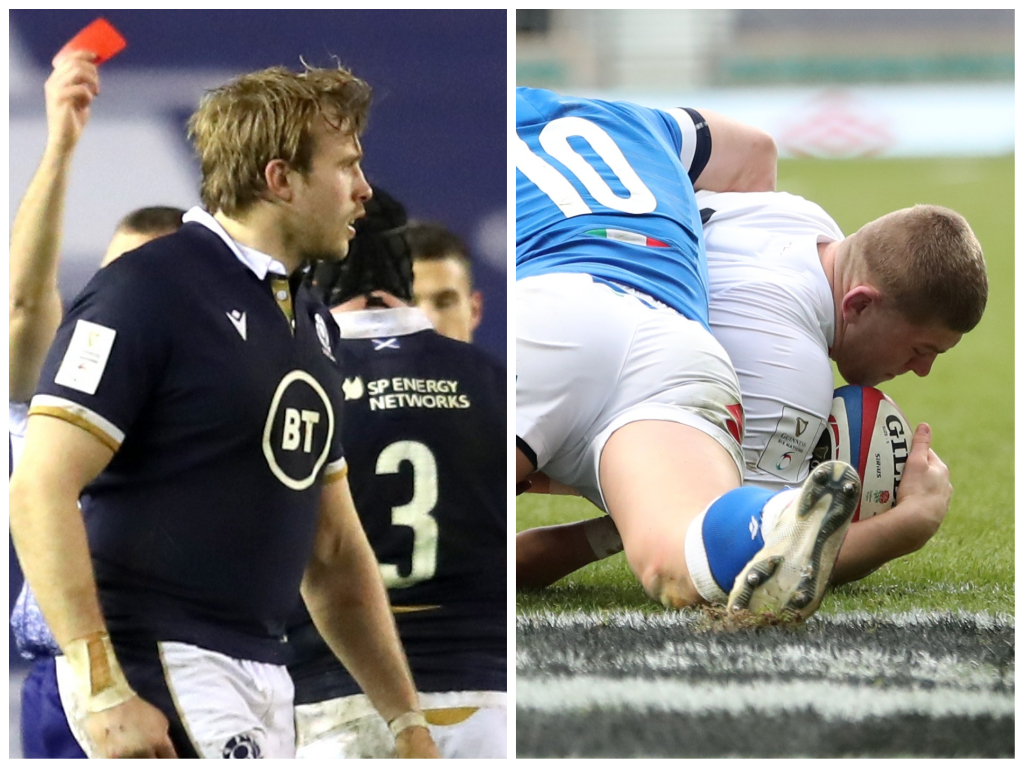 This week we will mostly be concerning ourselves with the impossible dream of making rucks safe, fair and conducive to entertaining rugby…

“Another croc roll that injures and damages. What does it take to get them banned????”

Thus quoth Ben Ryan on Saturday, not long after Jack Willis’ screams had caused your correspondent to turn down his laptop and ITV’s aghast producers to turn down the opportunity to replay the incident.

Sebastian Negri, whose crocodile roll clean on Willis was the catalyst for the injury, apologised on social media (always the classy way to go about it these days) but was not censured at the time and, considering his actions were well within the laws of the game, is unlikely to be so – and he did not set out to injure Willis, merely to make a clean out as the laws permit.

Three hours or so later, Zander Fagerson piled into a ruck with his arm partly tucked behind his body, essentially making his shoulder and upper arm a blunt hammering instrument. The blow to the head of Wyn Jones was only glancing, but it was enough. Listening to the dialogue between Matt Carley and Karl Dickson, you got the impression that once Carley had seen Fagerson rumble in and tuck his arm, the former would be unlikely to be swayed from a red card.

That was also Gregor Townsend’s opinion, and given that Wyn Jones was not even afforded the magic sponge, let alone an HIA, you can argue he has a point.

Yet the message here is unequivocal: you can’t charge into a ruck from distance, tuck your arm behind your body and make any kind of contact with the head of an opponent, simply because of the potential danger involved. Given the background of what we have learned about dementia, concussions and neck injuries and so forth, it has to be so.

The referees go through their process on this, which is their sole benchmark for judging actions and which Carley went through pretty thoroughly. And as a result of which, Fagerson had to go, harsh or not. Because it is not the outcome, it is the danger for a catastrophic outcome that World Rugby is trying to eliminate.

So if the danger of a catastrophic outcome is the correct benchmark for outlawing a certain action, Ryan HAS to be right: when will the crocodile roll be outlawed? Do we have to have a knee injury epidemic before there is action?

As a part-time coach, I’ve seen first-hand many times, even in training, how the knee is bent on peculiar angles during the roll by dint of rolling the player sideways while he attempts to keep his planted knee straight. It never looks healthy; unless the player being cleaned out stops offering resistance, it always looks perilous. Given that when that resistance stops, said player is generally flung around somewhere in a manner fully out of his control, that usually looks perilous as well.

Even the action at the ruck; players are taught to clean through at rucks in a straight line and keep rucks tidy, officials instructed to keep players from going in at the side and go over and/or past the ball or at least stay on their feet. Yet the crocodile roll achieves none of these things, resulting in heaps of flesh and flailing limbs (and studs) flying in anything but a straight line around the contact area.

Crocodile rolls are dangerous, untidy and lazy. The quicker they are outlawed, the better.

While on the subject of ruck laws…

There were a few penalties blown for it at the weekend, but not nearly enough.

Currently the law requires players to carry their body weight on their feet, but with the added bonus that the cleaner from the attacking side is allowed to bind onto the player on the ground, leaving it a very, very tight judgement call as to whether that player is truly carrying his weight or leaning onto the player on the ground or not – effectively sealing the ball off either way.

That sealing-off aspect is irritating, as it avoids the actual ruck contest, while the current fashion of reticent defences (why would they be otherwise in this scenario) ensures that rucking teams frequently end up with their hands on the ground past the ball, sealing off the ball even more.

This not only ensures that the ball is hidden, but virtually guarantees that any defender who might be inclined to counter ruck is going to fall foul of making contact to the head of the opponent and receive his marching orders.

Were the game to outlaw any form of binding onto the player on the ground, as well as being draconian on players putting hands on the ground or ball (and outlawing crocodile rolls), there would potentially be a lot more care taken about angle of body entry, and potentially an actual ruck where players stayed on their feet and pushed against each other over the ball to see who could win it.

The ruck, so often the bane of a good game down the years, badly needs another rethink. Right now it is both dangerous and a mess, and this is not the fault of the officials.