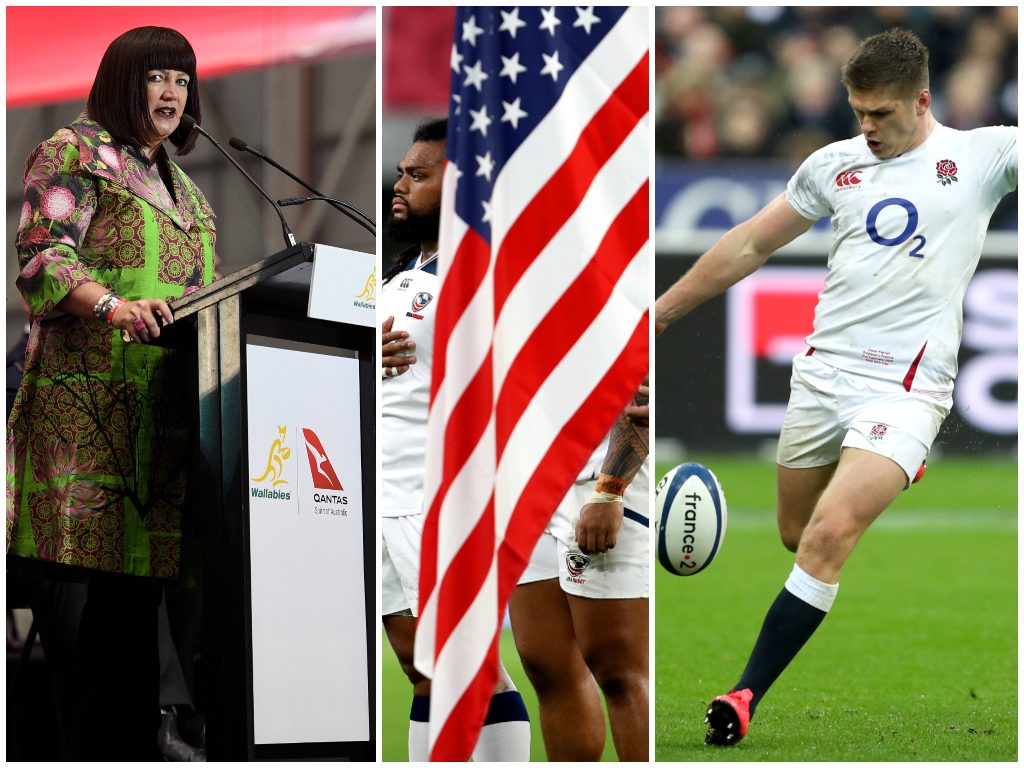 This week we will mostly be concerning ourselves with grim realities, France’s look to the future, and possible law changes in the game…

Slowly, but surely, the effects of the corona standstill are beginning to make themselves felt. When it started, the questions we asked were jollier. Who would be champions of the respective leagues when it started again? How beautifully blank would the injury lists potentially be?

But the reality is beginning to bite, and it’s making for grimmer and grimmer reading. The USA national union is bankrupt. Australia’s is on the brink – to the extent that they may not be able to afford to tour in November. Clubs in England are cutting wages out of necessity – and the players are considering legal and/or industrial action against them. Established clubs are facing ruin. Insurers are leaving them in the lurch.

A sport that has perpetually lived on the financial edge as it has grown, rugby has shown itself to be far, far from being immune from economic shocks, irrespective of the moneyed benefactor and corporate background it tends to enjoy. The question starting to loom now is not so much who will be champions of the leagues, but who will still be in the leagues, whenever it restarts.

While this particular economic shock is unique in its sudden brutality and all-enveloping ruinous effect, the fact of the matter is that so many clubs have for so long been running unsustainable budgets in the name of competition that a shock such as this will hit them as swiftly as it does hard.

As also pointed out not too many moons ago, this crisis, which has a better than average chance of lasting months rather than weeks, is a dampener on any plan for future growth, but it continues to represent an opportunity for the game’s administrators to re-bear and re-strategise. And re-regulate. Would it be so wrong for league and club administrators to ensure that operating losses of the magnitudes so often reported in the top leagues are simply not allowed any more?

In the meantime, the most likely scenario is that when the crisis ends, clubs and nations will have little choice but to pander to the whims of CVC – including ugliness such as blanket pay TV coverage. That will be the lucky clubs. The unlucky, particularly those in the second and third tiers, may simply disappear.

🗣️ "The measures we will implement from April 1, although extremely painful, are necessary to ensure the sport remains financially viable."

The crisis may, of course, end sooner rather than later. We may still find ourselves watching a set of finals in late summer. The skin of their teeth will probably be still thick enough for many clubs to survive (it has been for quite a while in some cases). But we are likely to be facing a peculiar time of rebuilding when this is all over – and a rethink of financial models and regulations with an unwavering emphasis on sustainability above all would be a very good foundation to start it on.

Sound investment in the future

Meanwhile in France – where Montpellier owner Mohed Altrad has also sounded an alarm bell over the fragility of clubs’ finances – the national union has taken other steps to shore up its future, launching a recruitment drive for an additional 400 referees.

Maciello was forced to defend one such youngster in the wake of the Toulon-Stade Francais match a month ago, saying: “Youth is by no means inevitable when the necessary skills are there, the current French team is a fine demonstration of this.”

Maciello also states that he believes referees will take up to ten years to be fully up to speed. But as with the senior team, the pathway appears to be very much open for talented officials to succeed.

One more @DannyMcguire6 winner in his final season 🔥🎯

Golden point, hits a 40/20 to set up the drop-goal, of course he nails it for @hullkrofficial against the Tigers

Another aspect to the future that might be ushered in sooner than it might otherwise have been is a change to the in-game kicking laws.

Reports from many sources indicate that the 50:22 kicking law, which sees sees the attacking side awarded the lineout if they can bounce a kick into touch in the opposition’s 22 from within their own half, has proved such a success in trials that it may be ushered in whenever the new seasons start globally.

The law attempts to reduce the number of front-line defenders by necessitating one or two more defenders to hang back in anticipation of the kick, and thus open up space in the front-line, thereby also reducing the number of collisions.

Evidently it works. But we’d anticipate a huge increase in attacking line-out mauls as a result. Not that that is a bad thing in itself, but we’d be willing to swear that ensuring the maul is much more competently officiated than it is now would be the following area of focus.