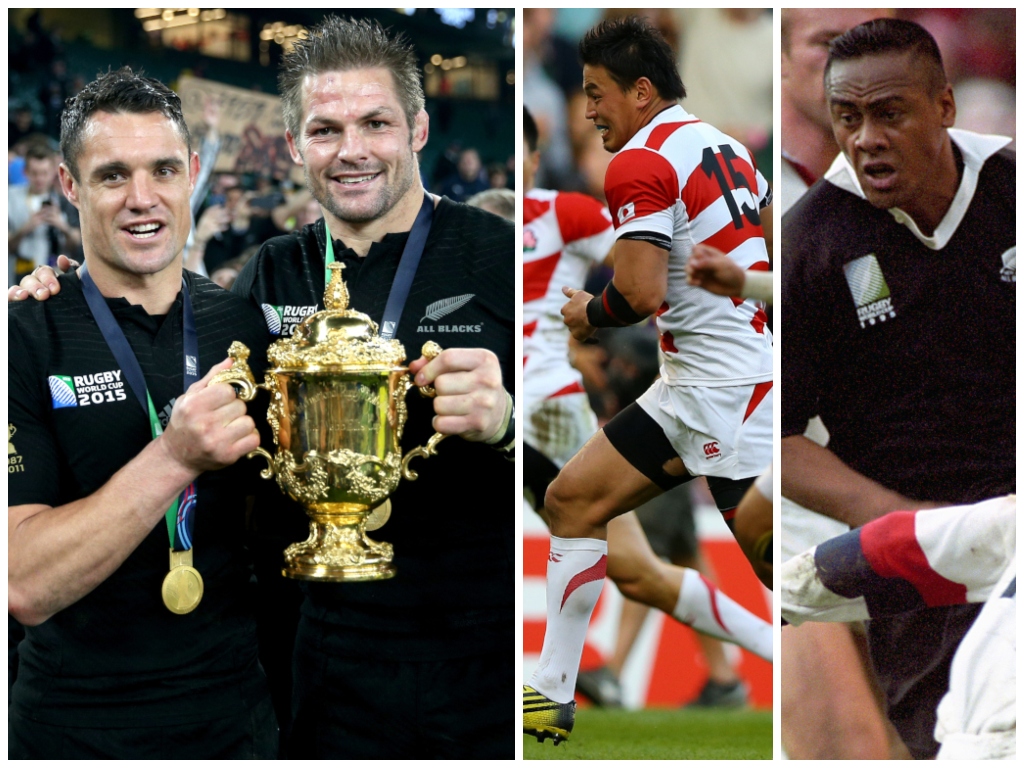 A weird time to be alive, never mind a rugby fan. Those who play, can’t. Those who watch, can’t. But those who talk… well, as long as you have WhatsApp, Zoom, Bluejeans, Facetime or (insert hipster video chat medium here), you can still talk.

And there’s been plenty of chat the past couple of weeks. Social media is alive with GOAT debates, theoretical team clashes, tearful reminiscences and tagged pics of glorious yesteryear.

There’s also been plenty of chat about the reactions to the current corona crisis. A lot of it not so nice. So rather than jump on the anti-Ealing bandwagon, or take the R-FU train, or jump on the ‘why are the Aussies still trying to play’ bus, this column will attempt to bring together some of the more interesting ‘what if’ chats noted across social media of the past few days and see if we can’t all get back to the good things in rugby a bit…

However, one chat imposed a single deciding criterion: greatest XV since the law changes in 2009, which are generally said to have been the most defining changes in the modern era. We found that one pretty good, simply on the basis that the essence of the game has not been changed that much since.

As @bryanhabana announces his retirement, we look back at some of his finest Rugby World Cup scores. Go well Bryan! pic.twitter.com/EgvIBB6lQH

For the first category, it’s hard to move away from the 1973 Baa-baas v All Blacks classic, although many a memory is perhaps rosied by its immense opening.

There’ll be many of those, but the two I enjoyed on the small screen most: London Irish beating Wasps 56-37 in 2006, and Leinster’s incredible comeback against Northampton in 2011.

For the second category: it’s obviously a lot more personal. But I will never forget two games I witnessed live: The second Lions Test in South Africa in 2009 and Clermont’s extraordinary extra-time win over Toulon in Saint Etienne in 2010. While the former was charged with the emotional imprint of the occasion and the ‘bit of everything’ label, the latter, for a neutral, was just enthralling.

Julien Malzieu’s ultimately winning try was scored pretty much in front of me. It wasn’t just the try, it was Malzieu’s reaction – he was too tired even to lift his arms. There were still eight minutes to go! And as for the tackle on Gaby Lovobalavu in the final seconds…

Another subject less susceptible to categorisation, as all performances are in the context of the game itself rather than the era.

🏉 WHERE WERE YOU? Can you remember where you were when @DanCarter scored 33 points against the @lionsofficial in the Capital in 2005?

Tell us your story. What a day it was 👏🏽 pic.twitter.com/QUmglzI9Ju

There’s little doubt that Dan Carter redefined game-day perfection with his one-man show against the Lions in 2005. But there are many others that had just as game-defining a characteristic. Thierry Dusautoir against New Zealand in 2007 was phenomenal when you know what to look for. Likewise Serge Betsen against England in 2002. An even less-sung one than those two might have been Andrew Sheridan’s destruction of Australia’s scrum in 2007.

Fly-halves always have a more steering influence, so it’s worth remembering how well Jonny Wilkinson negated France in 2003 and Jannie de Beer’s drop-goal extravaganza against England in 1999. Although Wilkinson stole the show in the 2003 RWC final, forgetting Elton Flatley’s performance in that match does him a disservice.

Finally, the man crush. There are simply some players you can’t get enough of seeing. Not the best in their position, not the try-scoring, goal-kicking, dump-tackling heroes, but there’ll be some player you watched whom you simply enjoyed watching playing rugby.

Vincent Clerc was one such – stature differences make comparisons with him unlikely – but I was so often in awe at how he managed to carry his slight frame through so many games without the obvious attributes of other smallies such as Shane Williams or Christian Cullen.

Sticking in France, Serge Blanco’s immense stride was always fun to watch, while Rupeni Caucaunibuca’s Agen days – and his days in New Zealand – fill many a highlight reel.

Moving up front, Duncan Jones’ ability to look perpetually on his last legs was a constant source of amusement. Any lock is fun to watch in full flow, but on the rare occasions when John Eales found open pasture, there was a certain elegance to the lollop. The same goes for Craig Quinnell.

Both Os du Randt and Gethin Jenkins take the aplomb for front-row rumbles (and there’ll always be the brief international cameo of Richard Bands), with Keith Wood exciting as a fizzing ball of energy at full tilt as well.

In the back-row, Olivier Magne always looked as though he was fully cool, even when he was losing it. At half-back, Morgan Parra could be relied upon to be always starting something untoward if you were able to stop following the ball.

There are many others. Many people will have their favourites for many different reasons. None of these lists are designed to be definitive, merely to provoke a bit of chat. After all, what else is there to do at the moment?