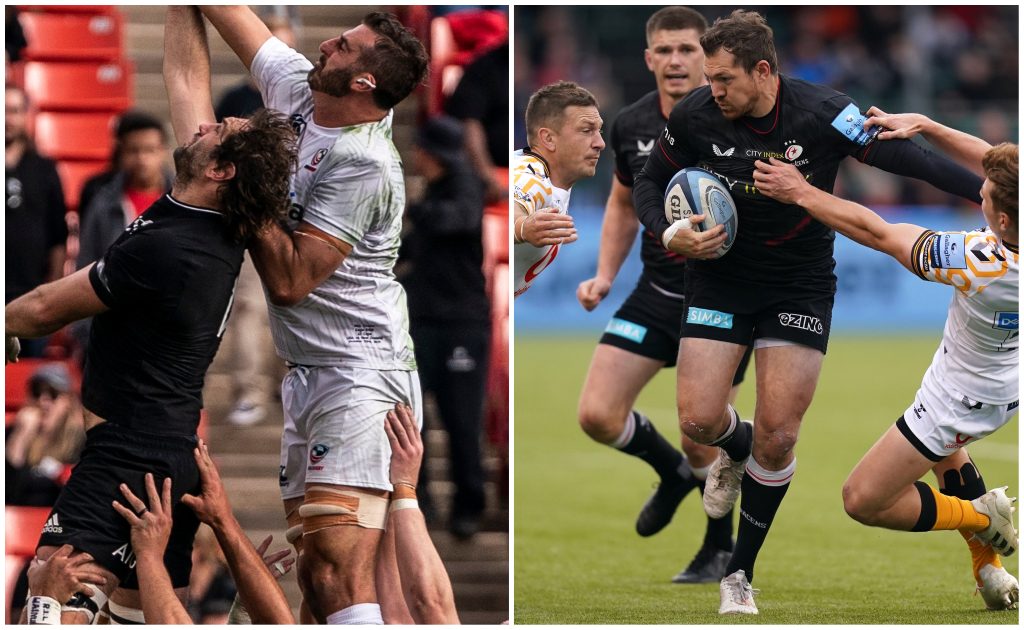 This week we will mostly be concerning ourselves with the myriad of effects of the Washington match, a strange trend in England and a frustrating start to the international window…

The Good, the Bad and the Ugly

A strange event in Washington on Saturday. A huge scoreline racked up by what was essentially a shadow All Black team against the USA, with the Eagles equally weakened by dint of being unable to call upon their Europe-based players.

The ugly thrashing – there was a try every four minutes in the first half – was dished out to the USA barely 24 hours after rugby’s most curious union and market declared itself financially and administratively ready to host a World Cup, merely 18 months after filing for bankruptcy and barely two weeks after seeing their chances of qualifying for the next World Cup diminish after defeat to Uruguay.

The stadium was not as full as was hoped for either. 50,000 had been predicted and wished for but it turned out to be wishful thinking: only a shade under 40,000 were present – if there was anything genuinely bad about Saturday, this was it.

Many reacted predictably. Questions of why bother, what use is a shellacking like that and criticisms of people chasing fast bucks ensued, even Piers Morgan thought the game was a waste of time. If the first three of those are fair enough questions to be at least asked from afar, the third surely ought to give us pause for thought; if Morgan is criticising something, maybe that something was not such a bad idea after all.

For example, ask the USA players if they are unhappy at having played the game, especially the pair who became the first and second USA players ever to score tries against the All Blacks and especially Nate Augspurger, who was told directly by Damien McKenzie that he was a ‘tough bugger’ who ‘did me inside out’ on the way to the tryline.

🇺🇸🇳🇿 Plenty of tries to get through here. #1874Cup

Ask the predominantly younger-aged crowd of college students and club players what they thought of being able to see the legendary team up close and personal – remember, this is the generation needing targeting for the game to sustainably grow. There was no lack of enthusiasm in the stands.

Ask also the USA ladies’ team, who have a decent chance of success in the Women’s World Cup, for which the USA has also bid. Or ask the Sevens team, which is now a perennial threat to the established nations in the game’s truncated version, whether they’d like an additional profile boost for rugby in general.

Ask those Major League Rugby players who might have been on the fringes of the squad for this one without making the cut, but can now see tangible benefits for making the sacrifices they make, with perhaps many a youngster now inspired by the thought that it is, indeed, possible to measure yourself against the best.

Ask also the All Blacks themselves, whose captain was genuinely excited by the car park and tailgating atmosphere pre-game and hugely impressed with FedExField.

There was a lot that was good about Saturday’s game. Aspects that were bad, for sure, and there was an ugly scoreline. But in answer to the cynics who would ask: ‘why bother’, there are many, many good answers.

The most equal league goes wonky

England’s Premiership has often prided itself on being the most equal league on the planet, but this season is throwing up some worrying patterns. Worcester, who were good value for a win and two narrow defeats in their opening games, are now shipping points at over 50 a game.

Saracens put nearly 50 on Bath in one half of rugby last week, this week putting 50 on Wasps – the same Wasps who blew Bristol away just a month ago. That Bristol team looks a shadow of its last-season self, much of it due to injury. Bath are awful.

There is an impression that the lack of relegation’s spectre this season has seen teams become significantly less cautious in terms of playing style and blooding youngsters for experience. More caution has also been afforded to players carrying knocks who, in a relegation-threatened season, might have played through the pain – see Wasps’ team last Sunday. And of course, there is simply not much riding on matches for teams lagging behind in the table.

But with English club rugby still needing to grow to be viable in a looming post-corona world, it’s worth noting that despite bigger-picture reasons for mismatches such as those above, fans don’t often enjoy watching lop-sided processions, nor meaningless matches. The dangers of ring-fencing may soon become apparent.

Returning to the question of why bother playing meaningless Tests where the outcome is obvious, and to matches played purely for the sake of a quick buck, look no further than Wales’ match against New Zealand on Saturday.

Although you can never predict injuries, the union would have known that seven players, including Dan Biggar and Louis Rees-Zammit, would have been unavailable from the outset.

Few among the playing staff that is available will complain about playing to a packed Millennium Stadium against New Zealand of course, while the union is set to pocket a cool GBP4m in profit, which it could well use given the effects of the pandemic.

But ultimately this match is nothing but a money-making exercise for Wales and New Zealand but it will not make the game richer.