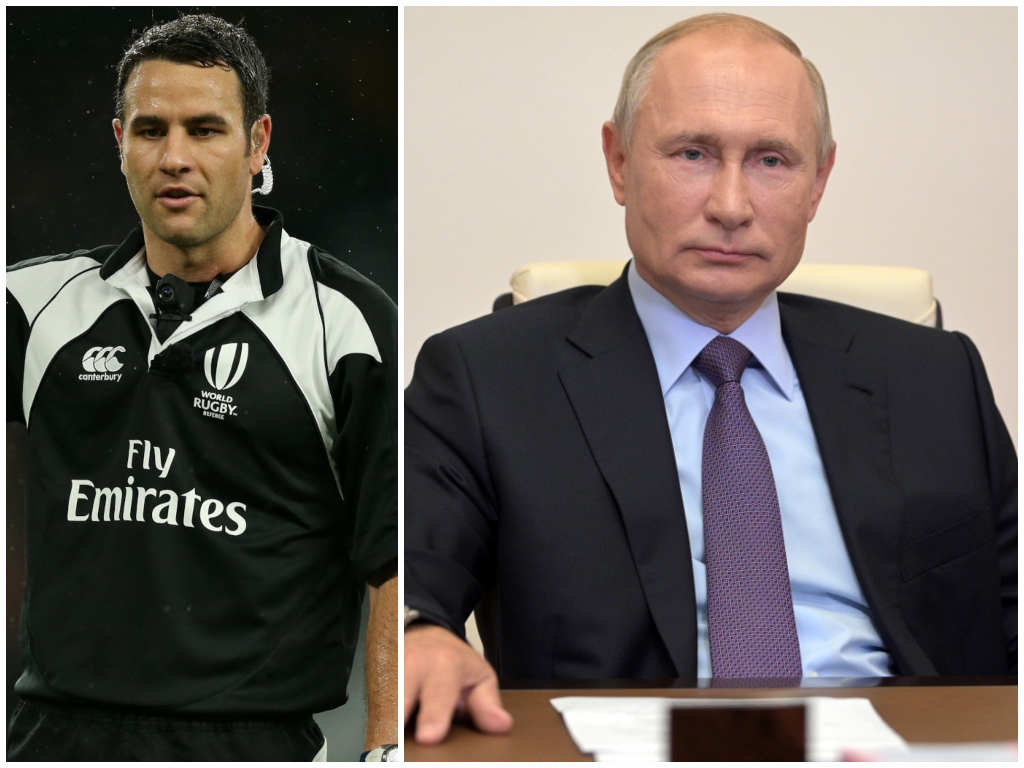 This week we will mostly be concerning ourselves with intriguing calls, mysterious bids and extraordinary lengths.

So, the Chiefs are on the end of another iffy call. At another crucial point in a game. A game that they went on to lose. In which the tide was turned by said call.

Primarily, it should be pointed out that much of the above is obvious rubbish. The Chiefs lost because they turned over the ball too much, lacked cohesion, took some really poor options to let chances go begging, and were forced onto the back foot at scrum time by dint of only being able to use a largely third-string tight five.

Yet that decision to award the try to Sevu Reece, at 19-20, with the Chiefs clinging doggedly on, did seem to cause heads to drop and change the atmosphere. But was it wrong?

So, from this basic point of view, Quinten Strange loses possession of the ball about five metres from the five-metre line, where his last touch of it is. When it bounces on the ground, it’s about two metres from the five-metre line. So we can say yes, knock on. Yet it seems a bit weird even then. Strange, with his last touch does not hit the ball forward with his arm (nor does it hit his arm and go forward) before it touches the ground. So two of the three conditions above are not fulfilled (even though usually only one will do).

What we feel is the crucial aspect here is the one that Scott Robertson referred to, and the one that has been responsible for many a debated try down the months and years, the aspect of momentum.

How many scoring passes have we seen leave the hands flat, only to drift forward through the air as a result of the forward movement bestowed on the ball by the speed of the ball-carrier as he delivered the pass? The answer, of course, is many. As the TMO has grown in its ability to define things clearly, the clinching argument is always this: it left the hands laterally (or backwards).

Strange’s juggle of the ball before his final, fateful flap at it is neither here nor there, as the ball touches neither ground nor other player while he fumbles. It’s the final touch which counts, and the final touch, Strange’s last desperate swipe, clearly propels the ball marginally backwards.

🤔 This try sealed the deal for the Crusaders against the Chiefs but should it have stood? #SuperRugbyAotearoa #CHIvCRU

That backwards, however, is relative only to Strange’s speed going forward – i.e. full pelt and further boosted by a tackler piling into the small of his back. The backward movement of the ball is not enough to stop the ball continuing to move physically forward, but it is enough to stop the ball moving forward at the same speed or faster, which would have been the result had Strange actually propelled the ball forward for a knock-on.

So while the wails and gnashes of teeth continue to reverberate across the Waikato and the howls of derision continue to rain down on the officials from afar, this column stands behind Ben O’Keeffe and says: if that’s a knock-on, then the whole concept of a valid pass being able to leave the hands backward but travel forward needs a rethink too…

Rugby is our treasure, the game they play in heaven, the greatest game on earth, a lifestyle not a sport, etc etc ad infinitum.

It is also the game that unifies like no other, transcends religions and borders, is a game for all shapes and sizes, for people from all corners, if you have the right stuff, you can thrive on the game’s ideals, morals and values, on and on that all goes too.

Yet not really actually. Rugby was also the game of apartheid South Africa, the game of choice for Romania as decreed by Nicolae Ceaucescu, the one heavily promoted in France by the Vichy regime. Honest souls those on the pitches might be, but rugby’s administration is not historically squeaky-clean – even the current governing body is still wrestling with the fall-out caused by the unpleasant character from Fiji it allowed onto its council.

While rugby clearly needs to expand its territories and create more opportunities outside of its colonial heartlands, the modern version of mother Russia and her constitution-tweaking autocratic leader are not necessarily the opportunities we need to take. Yet it’s tough to see it not happening now that the hat is in the ring.

World Rugby charges a premium for the licence to polish on stage its crown jewel. Australia may carry the fans’ vote, but World Rugby will be acutely aware that Russia has the potential to be a blank cheque, as well as the success of the soccer there a couple of years ago and the stadia it could offer.

How often World Rugby ever really listen to the fans is a moot point (as, to be fair, is how often it is actually prudent to), but the pinging of cash registers is, both right now and, you’d have to assume in February when the bidding process officially starts, of total importance relative to fans’ whims.

🇷🇺 Russia throws its hat into the ring to host RWC 2027! 🏆 https://t.co/AwBrtTWdPk

Vladimir Putin is, as a result of his somewhat suspect politicking, pretty much invincible in his position until 2036. The referendum allowing this to happen also enshrined conservative laws such as banning same-sex marriage, promoting patriotic education, making religion mandatory and placing the newly-written constitution above international law.

The villains mentioned above took rugby and championed it as ‘their’ sport, but at least it can be said that rugby was appropriated by them rather than gravitating to them. Actively giving the World Cup to Russia could not be seen the same way. It would not be a good look for a sport that prides itself, at most levels, on inclusion, fairness and equality.

Player welfare, etc etc… too many games etc etc… oh, by the way, the almost two-month non-stop week in week out stretch of Test intensity international rugby you’re about to go through? It’s going to become permanent. No let-ups, no rests.

Really? There’ll be hardly anyone left standing by the end – which is when they’ll have to go back to the trifling matter of the European Cup.

Bit more thought needs to go into this one chaps…