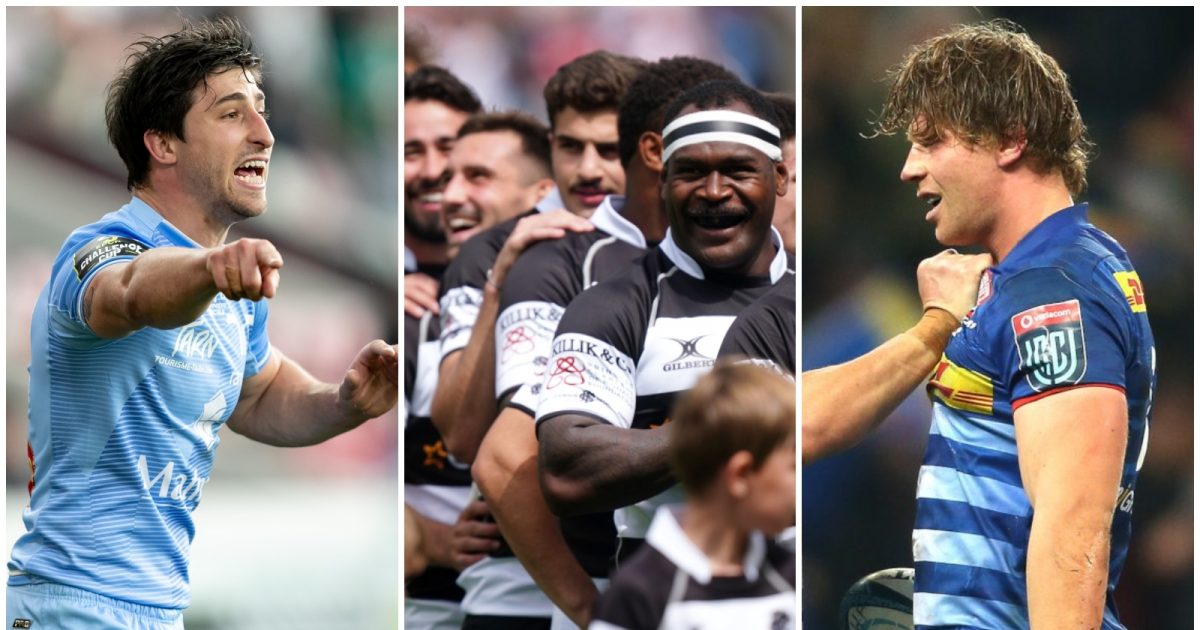 This week we will mostly be concerning ourselves with preparation, time off, and investment…

The value of fun

Loose Pass has frequently extolled the virtues of detailed and thought-out game-plans over the past few weeks, holding up La Rochelle as a shining example.

Added to the list of well-executed and cleverly-designed plans from this season can now be that of the Stormers, whose change of pace at the start of the second half of their United Rugby Championship final against the Bulls was as pre-conceived as it was executed. The Bulls, who had dominated every metric in the first half, were sucked in, knocked out of their stride because of it, and were never able to get back. It’s a win that belongs to the players, coaches and analysts.

The amount of detail that goes into preparation for rugby matches these days is staggering. For those of us of a generation not so long removed, for whom game plans and preparation involved a lot of running to be fitter and faster, as well as lengthy rehearsals of insanely elaborate playing structures against shadow opposition, the modern preparatory input is an alien and complicated world, dominated by coded video clips, spreadsheets and scientifically-tailored conditioning programs.

For teams such as the Stormers and La Rochelle, it must be immensely satisfying when it all goes right. It’s the modern game, and there’s no getting away from it. The best coaches are now the ones who can assimilate all the info and communicate it clearly to the squads, not just the ones who motivate, or sign the right players.

And yet. While we are not suggesting for a moment Fabien Galthie and Shaun Edwards spent the week leading up to Sunday’s Test against England only in the bar with the squad, but word on the streets is that there was plenty put away, that training was fun and that any rehydration could wait until the next pre-season.

Maybe there was not much of a game-plan itself, but when a team is told to go out and have fun, and gets that instruction on the back of a week where fun has been the primary ingredient on the menu, you are reasonably likely to get a team that does indeed go out and have fun.

More than anything else, this might have been the difference between England and the Barbarians on Sunday. Most of those in a red shirt played as though they were terrified of even getting the ball, never mind using their skillset to do something with it. The black and white-clad Frenchmen – and George Kruis – showed no such inhibitions. Nor indeed, will there likely be any inhibitions in the bar after either.

Eddie Jones is renowned for his high-pressure management style, but when so very many of England’s brightest and best look to scared to play and too petrified to be in position defensively, questions have to be asked about that management style.

England are one year out from a Rugby World Cup and look introverted and disjointed. They are about to hit a three-match tour against a resurgent Australia. The pressure is firmly on – might it not be an idea to help them find a way to have fun?

The value of rest

So after a gruelling season, with the national team nicking a Grand Slam, with French teams largely dominating in European competition, after a tight regular-season finale and a slightly convoluted play-off phase, the teams that finished one and two in the Top 14 will be up against each other in the final on Friday.

It came as little surprise to Loose Pass that this would be so, for it was clear heading into the final stages of both semi-finals that Castres and Montpellier looked – as squads – a fair bit fresher and less knackered than their opposition.

It’s not the only reason the games worked out as they did, but it can’t be a coincidence that the teams who had a week off were the teams who scored, between them, eight and six unanswered points respectively in the final quarters of their matches. Expect those top two spots to be a little more prized next season than perhaps they were this.

All are in it for the shares of the profits, all are willing to pay for those shares of profits up front. And all recipients of those payments are gleefully anticipating surges of cash into the grass-roots game.

Yet when push comes to shove, are those equity companies simply going to shrug and say ‘ah well’ if the profits do not accrue as envisaged? Are their subsequent commercially-driven decisions going to be for the good of the game? When they do sell their stakes, the unions or tournaments from whom they have bought are highly unlikely to be able to buy them back: who gets the sell-on then?

When there is a commercial need for matches in unrealistic timeframes, for television rights to go to broadcasters who do not have the game or its fans at heart, or for new tournaments or schedules created to drum up a few extra bucks, will these companies have the players and fans as a factor in the decisions?

Rugby already has a problem with television schedule saturation, with unreasonable kick off times and with an obscenely-overfilled calendar. Off the field, the head injury day of reckoning ticks ever closer. Stadia are not full like they used to be – even the Premiership final was not a sell-out, nor the Super Rugby final.

The game may be lured by the promise of big pay-days and barely-quantifiable sums of investment, but it is very difficult to gauge the real value of all this to the game as we know it, and most especially to the game as we would hope it to become: something that players and fans can continue to participate in and enjoy in sporting simplicity.